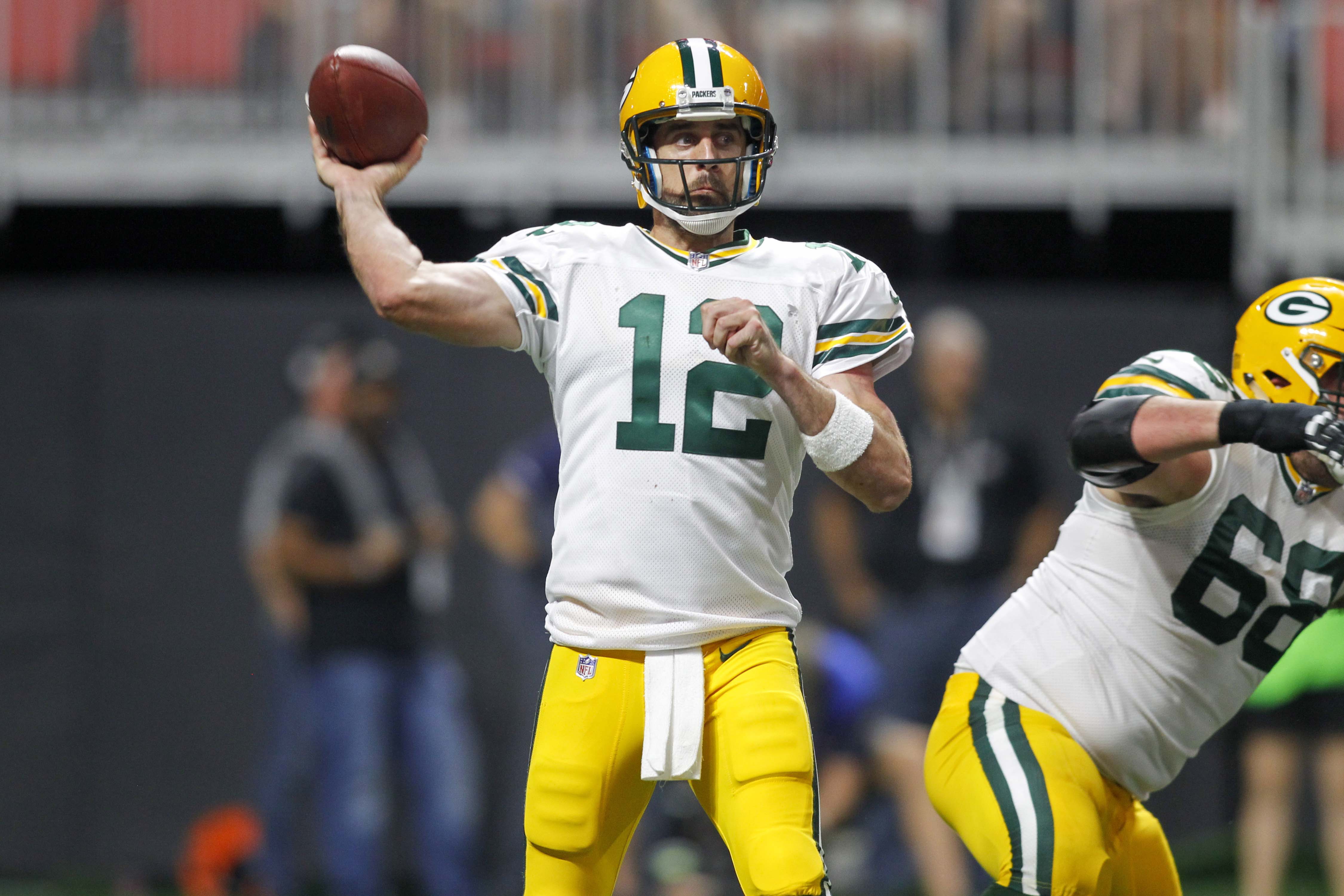 Aaron Rodgers has had a Hall of Fame career with the Green Bay Packers. Rodgers has the highest quarterback rating of any qualified QB in league history. He’s won two NFL MVP awards and led the Packers to a win in Super Bowl XLV. He has also led the Pack to the playoffs nine times in his 12 seasons as a starter.

Here is a look back at the best Aaron Rodgers playoff performances so far with video included where possible:

No, the Packers didn’t win the football game, but you could hardly blame that on Rodgers. In his first career playoff game, the former Cal star was on fire. Rodgers completed 28-of-42 passes against the Cardinals for 423 yards and four touchdown passes. The 423 yards set a new Packers record for yards passing in a playoff game. His average yards per attempt in this game was an impressive 10.1 and his quarterback rating was 121.4.

Rodgers completed passes to 10 different receivers in the game. Amazingly enough, he had only two passing yards in the first quarter before finding his groove and playing lights out the rest of the way. In fact, his first playoff pass was intercepted, a rarity for Rodgers.

Unfortunately, a fumble by Rodgers in overtime was recovered by Karlos Dansby of the Cardinals and returned for the winning touchdown. Rodgers didn’t win this game, but he proved in his first postseason start that the playoffs were not too big a stage for him.

Rodgers was named the MVP of the Super Bowl after completing 24-of-39 passes for 304 yards and three touchdown passes. He did not throw an interception in the game.

In addition to putting up big numbers, Rodgers came through in the clutch for the Packers. With Green Bay clinging to a 28-25 lead and 7:29 left, the Packers faced a 3rd-and-10 situation from their own 25.

Rodgers threaded the needle to Greg Jennings for a 31-yard gain that set up a field goal by Mason Crosby that gave the Packers a 31-25 advantage that they never relinquished.

Rodgers later described that as “one of the better throws of my career.”

The Packers defeated the Giants 38-17 behind a strong performance by Rodgers at Lambeau Field. The Packers quarterback finished the game 25-of-40 for 362 yards and four touchdowns and did not throw an interception.

The most dramatic moment in this game came on the final play of the first half. The Packers had just taken a 7-6 lead with 2:20 remaining before halftime on a 5-yard pass from Rodgers to Davante Adams. Green Bay got the ball back in the closing seconds of the half and Rodgers found Randall Cobb on a 42-yard Hail Mary that gave the Packers a 14-6 lead at intermission and completely changed the momentum of the game.

In the second half, Rodgers threw two more touchdown passes to Cobb who finished the game with five catches for 116 yards and three scores. Adams also topped 100 yards, making a team-high eight receptions for 125 yards and a touchdown.

The Packers advanced to play the Cowboys in the divisional playoffs the following week.

Rodgers was extremely efficient and precise as the Packers downed the Cowboys 26-21 to advance to the NFC Championship Game.

The Packers quarterback finished the game by completing 24-of-35 for 316 yards and three touchdowns. He did not throw an interception.

Rodgers spread the ball out effectively in this game, throwing to seven different receivers with both Randall Cobb and Davante Adams going over 100 yards receiving for the game.

The Packers trailed 21-13 late in the third quarter but a 46-yards touchdown toss to Adams pulled the Pack to within a point before Rodgers found Richard Rodgers for a 13-yard score early in the fourth quarter to put Green Bay ahead to stay.

This is probably as close to a perfect game as Rodgers or nearly any quarterback has ever played. The Packers went down to Atlanta to face the top seed in the NFC and decimated the Falcons with a complete team effort.

Rodgers led the way, completing 31-of-36 passes for 366 yards and three touchdowns. He also ran for a score in the third quarter that extended the Green Bay lead to 35-14.

“This feels so good right now,” Rodgers said after the game. “This probably was my best performance – the stage we were on, the importance of the game. It was a good night…I felt like I was in the zone.”

With the win, the Packers advanced to the NFC Championship Game in Chicago.