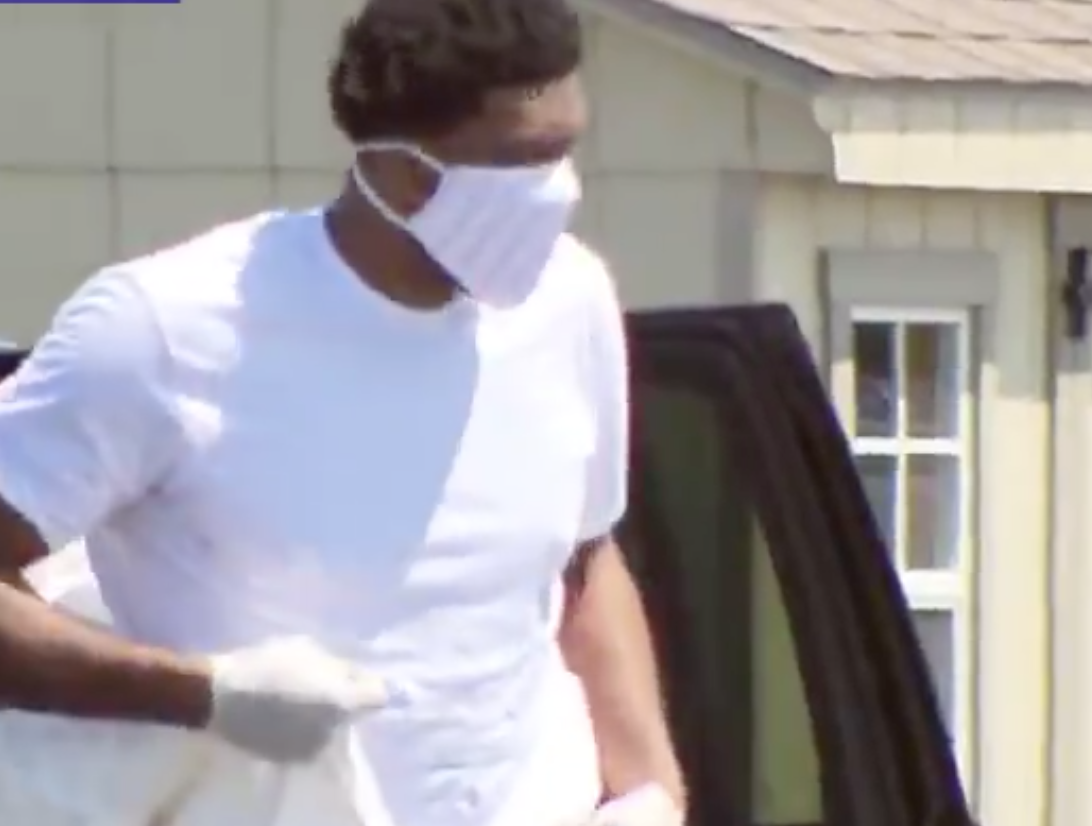 Sixers big man Joel Embiid recently came out and said he “hated” the idea of the NBA season restart when he first heard about it, but he’s since warmed up to the idea.

It was yet another opportunity for critics to take aim at Embiid, who has struggled with issues such as work ethic and weight gain over the years. This time, it seemed like Embiid simply didn’t want to compete for a title, due to the factors surrounding it, even though many others are excited to get back and play basketball.

But Embiid has since come around, and he showed up to Orlando with his teammates on Thursday. He did so, however, rocking what was essentially a body suit — complete with a mask and gloves.

Joel Embiid has arrived for the flight to Orlando, in full mask, suit and glove gear. pic.twitter.com/Nz7hOtc69E

He looks like he’s ready to clean up a crime scene.