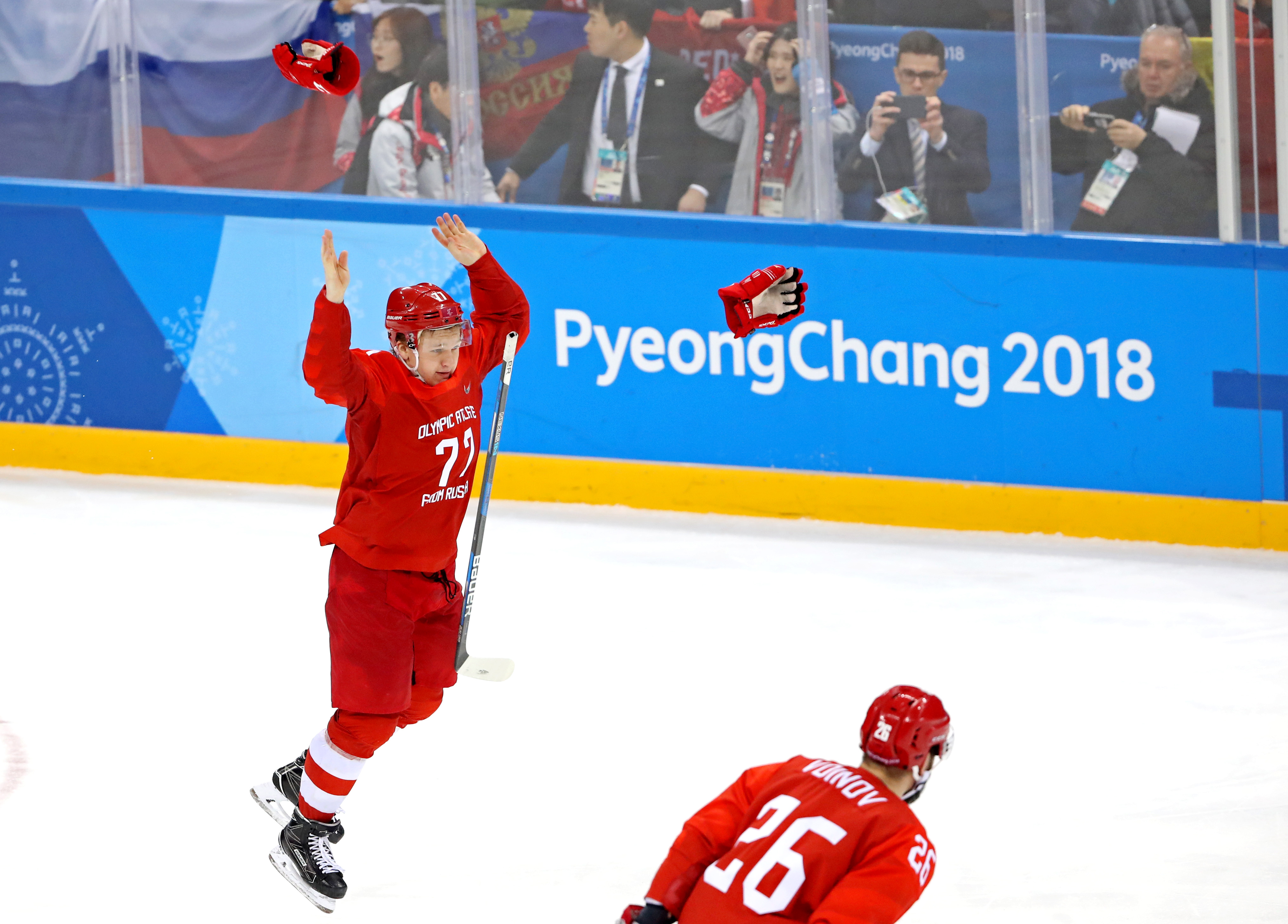 The channel SyFy used to run a show called Monster Hunter, where it examined various legends / myths of strange and thought to be extinct creatures like the Yeti / Bigfoot, Loch Ness Monster or the Tasmanian Tiger.  Most of the time the show was spent looking at pretty sketchy evidence and was unable to produce any tangible proof by each episode’s end.  The Minnesota Wild kind of had its own legend / myth in the form of 2015’s 5th round pick (135th Overall) Kirill Kaprizov who has become kind of a cult figure among his fans the last few years.  Just like those aforementioned creatures who are not really believed until one is either captured or at least captured on clear, indisputable video the Minnesota Wild have finally managed to sign the Russian star to a two-year entry level deal on Monday.

The 23-year old forward has done just about all you can expect a player to do outside of the NHL.  He’s scored the game winning goal for his team to earn a gold medal in the 2018 Winter Olympics, he’s broken several scoring records in the Kontinental Hockey League as well as winning last year’s Gagarin Cup as part of CSKA Moscow.  All that remained was signing an NHL contract and taking the chance to prove he can be a star-calibre player in North America for one of the older teams in the league.  No pressure right?!?!

But like anything for the Minnesota Wild (or in Minnesota sports in general), his signing comes with a caveat.  That being our ‘new normal’ and the NHL’s decision to not allow players like Kaprizov to play in the continuation of the 2019-20 season.  So that means Kaprizov will burn the first year of his two year deal and make $925,000 to only be able to participate in practices as the team readies itself for its play in series against the Vancouver Canucks.   I have full preview of that series here.

Then next season, Kaprizov would not only get his $925k contract, but also a $92,500 signing bonus as well as having the potential in $2.85 million in performance-related bonuses.  The unfortunate thing is that his entry-level deal would end and he’d likely be due for a big pay day with his initial contract as an RFA with only one season of NHL duty to really be able to evaluate his potential.

The team hopes by signing Kaprizov early, he will have a chance to acclimate to his new surroundings in North America and with the organization whom he has had a relationship by distant correspondance and a few dinners the last few years with 3 different Wild GM’s.  Either way, Wild General Manager Bill Guerin is predictably very excited and said as much in the last few weeks as the team hoped to get the deal done.

“We are thrilled to officially sign and welcome Kirill to our organization.  He has exceeded all expectations in his development since he was drafted in 2015. Kirill is a smart and dynamic forward that has led the KHL in goals each of the past two seasons and we look forward to having him on our roster when next season starts.” ~ Wild GM Bill Guerin

The Hockey News had named Kaprizov the best player outside of the NHL and as its #4 rated prospect in it’s 2020 Future Watch issue.  The question has been less about will he thrive in the NHL as much as will he sign with Minnesota.  Well now that bridge has been crossed and the fears of him spending next season back in the KHL are put at rest and those fans like @KaprizovC on Twitter can finally breathe a sign of relief.

Kaprizov has been described in that aformentioned future watch issue as a player whose body type is strong with a wide and powerful stance like St. Louis Blues-star Vladimir Tarasenko, but with the mind of New York Rangers’ Artemi Panarin and hands of Sergei Makarov.  That was the description provided by former Minnesota Wild Assistant GM Tommy Thompson.  While that might sound tantalizing, I also remember that same person sounding absolutely tickled over the fact James Sheppard had size 15 skates when we drafted him or the fact Tyler Cuma was the fastest backwards skater in his 2008 draft class and we saw how that worked out.

Yet Thompson isn’t the only person that is bullish on Kaprizov’s NHL future.  TSN‘s Craig Button also had glowing praise, say that Kaprizov’s potential is high and that it is very likely he’ll be the team’s most skilled player when he arrives but he was concerned over the fact the Minnesota Wild may not have a lot of talent around him (especially at center).  “The lack of high-end skill the Minnesota Wild have is going to be the biggest impediment to Kirill Kaprizov in being that top end player for them.”  I would concur with that sentiment that he doesn’t have a lot of high end players to work with as of right now and a future Top 6 center is not waiting in the team’s current pipeine of prospects.  The Athletic’s Cory Pronman provided a fairly in-depth analysis of what he felt Kaprizov brings the Wild.

Personally, I agree that Kaprizov’s low center of gravity and wide stance makes him very effective off the wall and I like his willingness to go into the high traffic areas of the ice.  I think there is a ton to like about his game, but I’d feel more confident if the team had a player or two, aiming for that top 6 center spot right now.  Right now, that player simply isn’t in the organization.  That may change in free agency, but we’ve been hearing that for the better part of a decade.

So he can’t play this season, so what will he be able to do?  Kaprizov is said to be on his way to fly to Minnesota this Friday, but after that he’ll have to be quarantined so once that’s done he’ll only be able to participate in a handful of practices in St. Paul before the team heads off to Edmonton.  He’ll be able to practice and try to help the team as it hopes to battle its way to the playoffs.  Maybe that will put him more in a role to show off what he can do by playing the role of a dangerous opposing player for the team to try to shadow at practice.  I think its very possible the Wild will use prospect defenseman Calen Addison to try to simulate Quinn Hughes at training camp.

When the NHL decides to start the 2020-21 season (where he’ll be wearing #97), it may be less daunting for Kaprizov to get acclimated and being that productive player the Minnesota Wild so desperately need him to be.  The (two) one-year of an Entry Level deal isn’t perfect, but the wait is finally over and even to a skeptic like myself that’s a good thing.  Whether the wait will reward the team with the star player the organization hasn’t had since it drafted Marian Gaborik in its inaugural season, remains to be seen.

What excites you most about Kaprizov signing with the Minnesota Wild?  Tell us on Twitter @CreaseAndAssist or in the comment section below!