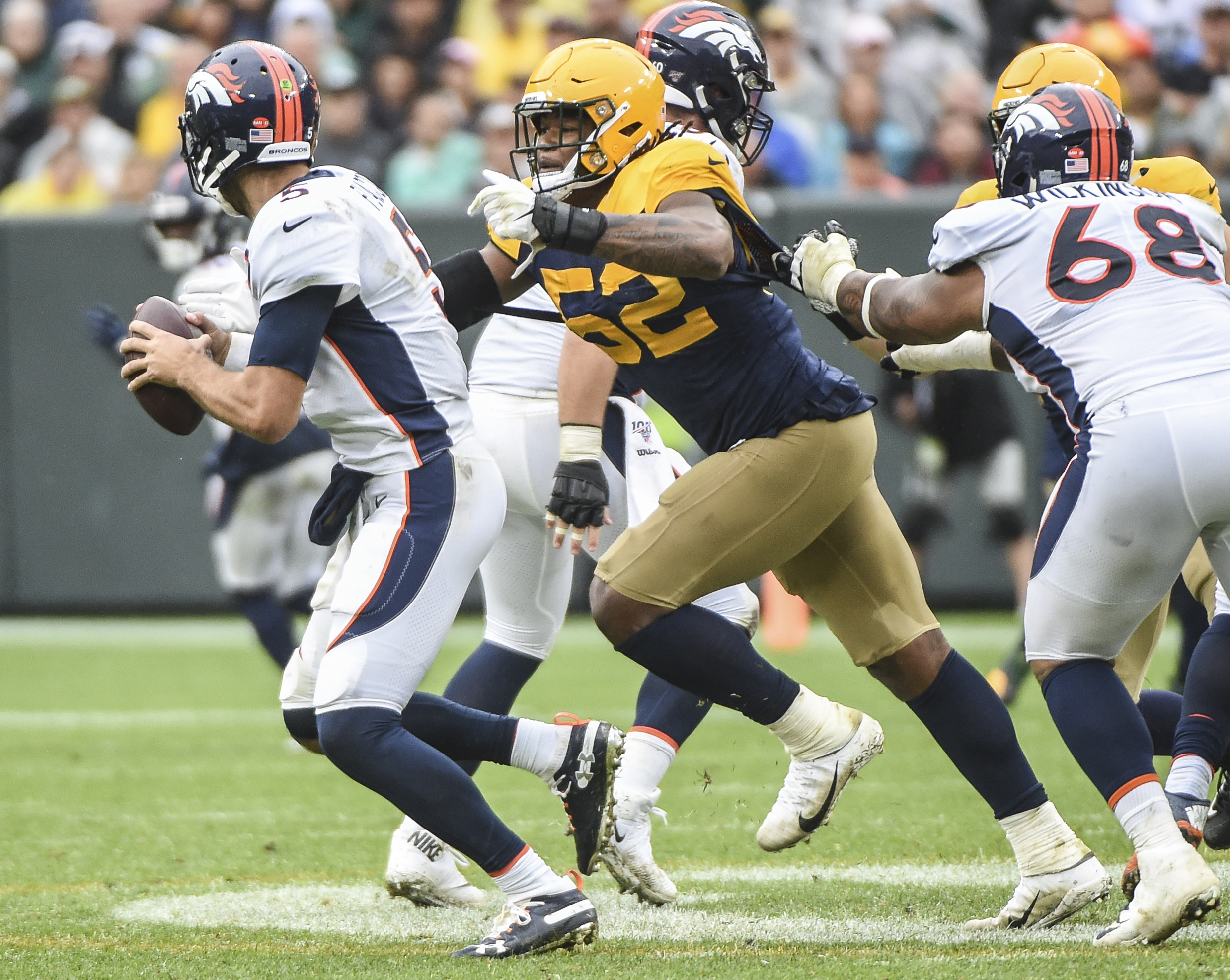 The Green Bay Packers selected Rashan Gary of Michigan with the 12th overall pick in the 2019 NFL Draft. The coaching staff was very high on Gary’s athleticism and football smarts, but because they were asking him to transition from defensive line to outside linebacker, they didn’t expect a lot of production from him during his rookie campaign. But what can the Packers expect from Gary in year two?

As a rookie, Gary was on the field for just 24 percent of the Packers defensive snaps. He finished the season with 21 tackles, two sacks, three quarterback hits and three tackles for losses in those limited reps.

While he showed flashes of ability and promise, Gary was fourth on the depth chart at edge rusher behind Preston and Za’Darius Smith and Kyler Fackrell. Fackrell has since signed with the New York Giants as a free agent so Gary is the favorite to be third on the depth chart behind the Smiths in 2020.

Talent was never a question with Gary. Coming out of high school, he was named the top recruit in the country by most recruiting publications. His speed and ability to track down ball carriers was regarded very highly.

At Michigan, Gary played well but never quite lived up to the hype that surrounded him when he joined the school. Twice he was named All-Big 10 Team but never put up big pass rushing numbers playing on the Wolverines defensive line. His best season rushing the quarterback was 2017 when he recorded 5.5 sacks and 11.5 tackles for loss. His role was often to occupy multiple blockers which allowed teammates to be unblocked and make plays.

Because of his position change from defensive line to outside linebacker and the adjustment from college football to the NFL, the Packers coaching staff did not expect a lot from Gary last season. Still, by December, defensive coordinator Mike Pettine was pleased with what he was seeing from his top draft choice.

“He’s graded out well when he’s been in there,” Pettine said. “He’s had some good rushes and gotten some pressures…He’s a victim of two other guys in that room playing extremely well [Preston and Za’Darius Smith] and getting production. He’s on a progression, he’s on a path that we feel he’s made improvement from Day one and we’re certainly confident that’s going to continue. … He has the ability to play [inside or outside]. That’s what I see in his ability, a guy who can rush outside early or bump inside.”

GM Brian Gutekunst also saw Gary’s promise. “When he was in there, I thought he affected the game. His explosiveness off the edge was very evident and it affected the passer when he was in there, so I’m excited for him,” Gutekunst explained. “I think he has a great coach [and] he has a couple great players in front of him that he’s learning from him. I’m excited to see what he can do in year two.”

During the offseason, Gary has worked hard. The coaching staff has been pleased with his work in the team’s virtual offseason program. He has also released several videos of his workouts on Twitter like this one:

With Fackrell’s departure, the Packers are expecting Gary to see the field more on defense in 2020.

“We’re looking forward to Rashan making a big jump. I mean, it’s a shame that he didn’t have this in-person offseason,” Pettine told reporters during an offseason conference call. “I think that would have helped him. From what we hear, the feedback that we got from him, the people that he’s been with, that he’s having a really good offseason given the circumstances. So, he needs to take a big jump.”

Pettine has also indicated that he wants to give the Smiths more of a breather this season so they aren’t on the field so often and don’t get worn down over the course of the season. That means lining Gary up in different positions over the course of the game to keep opposing offenses guessing. Gary’s versatility was one of the reasons the Packers were high on him before the draft.

“I do see Rashan taking a significantly increased role. I do think at times where Preston and Za’Darius [Smith] probably played maybe a little too much, that we do want to take some off their plate,” Pettine added. “So, I do know Rashan is certainly built to handle giving those guys a break. I just think because of his skillset, we can use him more like we used ‘Z’, on third down especially. He can kick down inside and rush from a tackle spot as opposed to always being on the edge.”

This means the Packers expect Gary to be inserted into the lineup on the defensive line on some obvious passing downs, something Za’Darius Smith did last season. Again, the versatility of Za’Darius Smith and Gary will give Pettine more ways to disguise the pass rush and keep opposing quarterbacks guessing. It will also help the Packers put their best pass rushers on the field at one time.