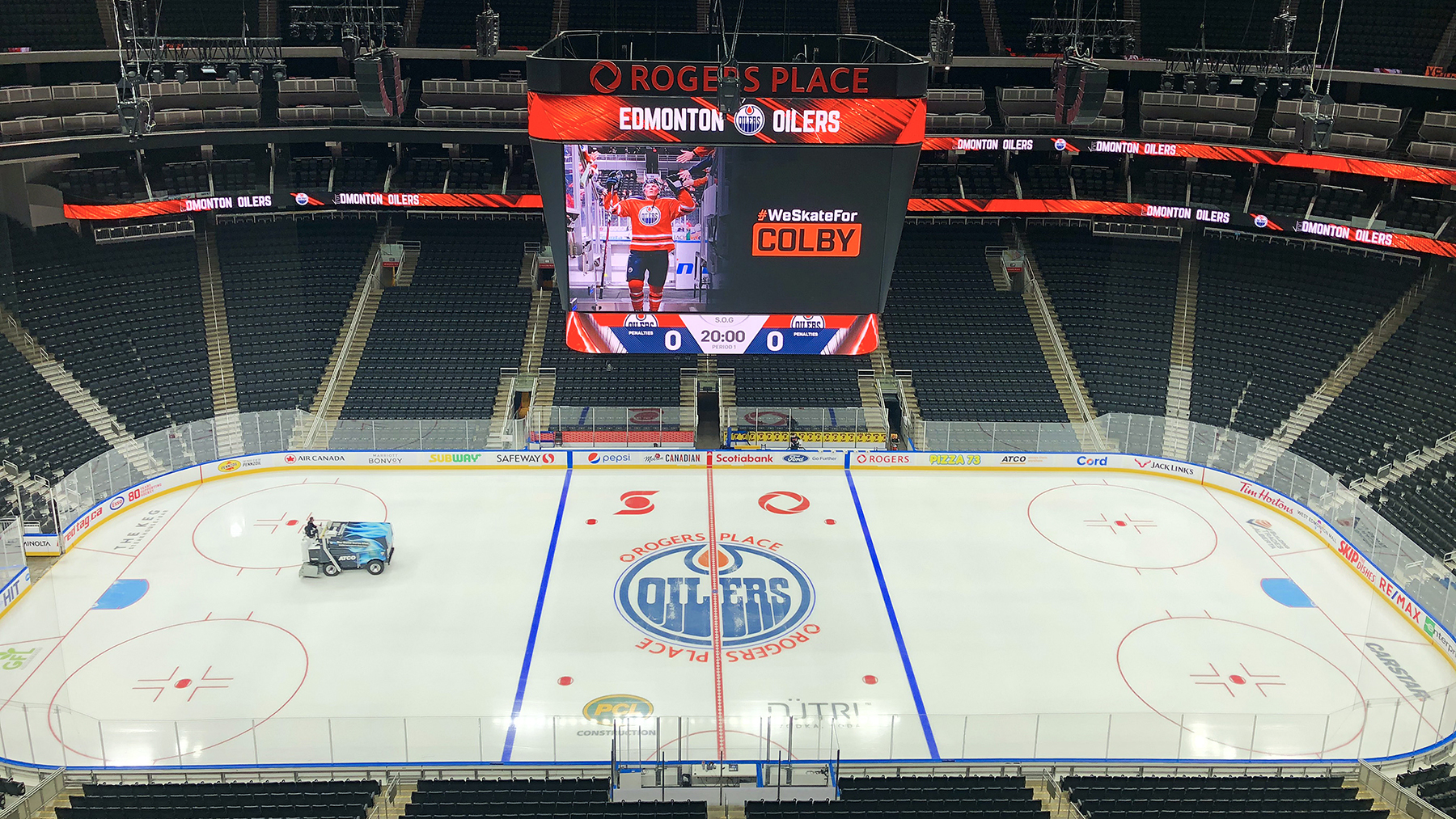 It was a nightmare three months ago. Colby Cave, at just 25 years old, passed away in April. It was just four days after he had surgery to remove a colloid cyst that was causing pressure on his brain.

On Monday, his teammates with the Edmonton Oilers were together as a group for the first time since Colby’s tragic passing. When the Oilers, and some of Cave’s Bakersfield Condors teammates, took the ice for practice, they were reminded of Colby.

His teammates didn’t need a reminder. Cave has been in their minds and hearts since that fateful April day. When they return to game action on August 1st, the Oilers will be doing so with Cave at the forefront.

“This is the first time we’ve all been together as a big group since Colby passed,” captain Connor McDavid said after practice on Monday. “He’s going to be in our thoughts & our hearts. We’re going to play for Colbs.”

McDavid wasn’t the only player to discuss Cave on Monday. Ryan Nugent-Hopkins, the longest tenured Oiler, also talked about his friend and teammate.

“We’re here with heavy hearts right now,” Nugent-Hopkins began. “It’s difficult to be here without him. It’s in our room, it’s in our minds, we’re playing for Colby.

“It’s tough to put it into words, but we’re going to do the best that we can to bring it home for him.”

Cave played in parts of two seasons with the Oilers. He was claimed off of waivers from the Boston Bruins during the 2018-19 season, and played in 33 games for the Oilers. He appeared in eleven games in 2019-20, scoring one beautiful goal against the Pittsburgh Penguins.