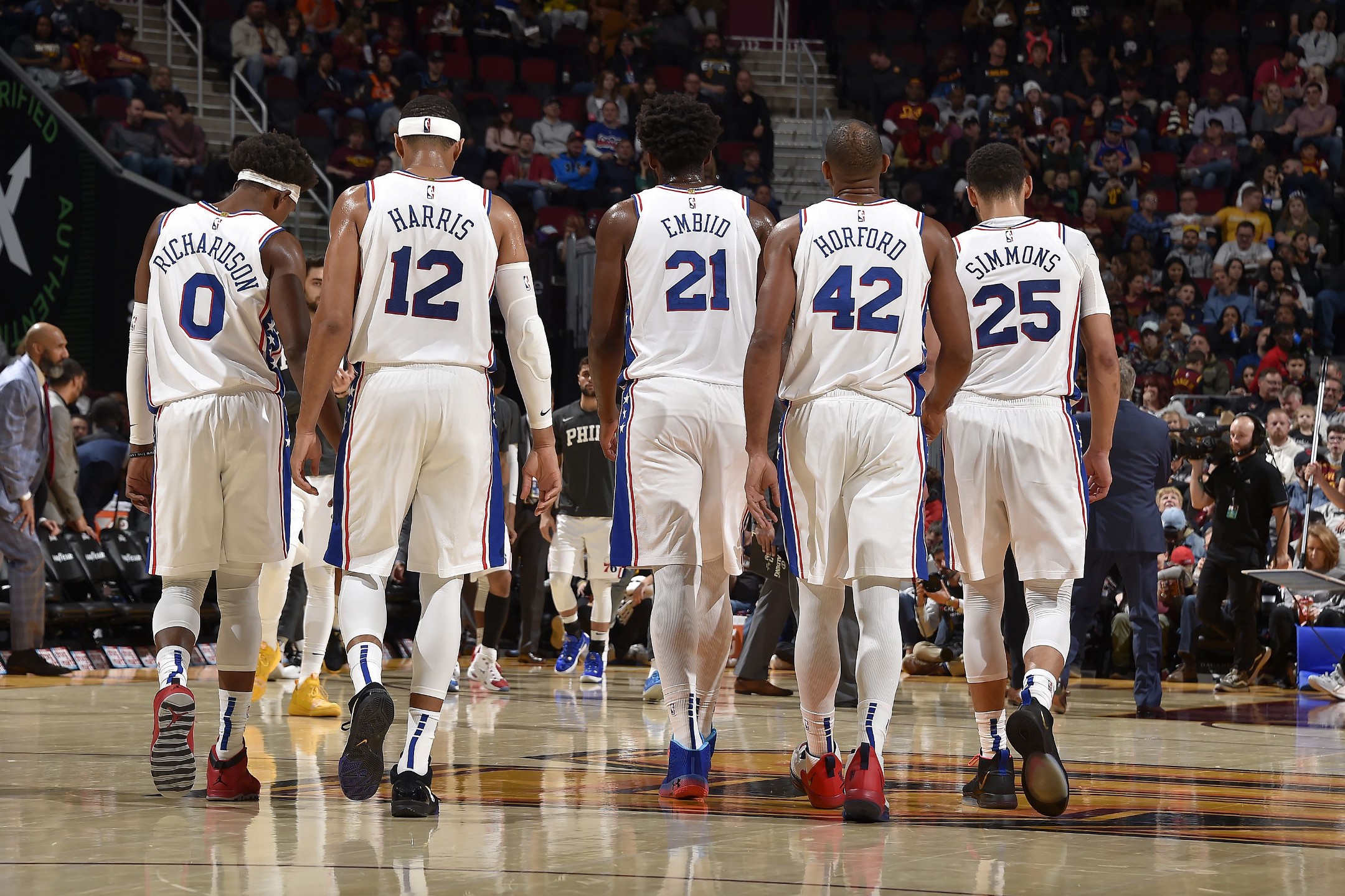 Brett Brown recently made some interesting comments regarding adjustments he’s made during the early practices in the Orlando Bubble, ahead of the restart. He stated that “I’ve exclusively played Ben at the four man and he’s so dynamic.” This begs the question, who will take on the ball handling duties? Up until the restart, Ben Simmons took the ball up nearly every possession while he was on the floor. Brown will look to implement new lineups in the teams upcoming “seeding games” before the playoffs.

For the 76ers, they are in an interesting spot as they head to Orlando. As of today, July 16th, all players on the roster plan to make the trip aside from Zhaire Smith, who was diagnosed with a bone bruise in his knee and newly signed Ryan Brokeoff, due to personal reasons. The break allowed the entire roster to get healthy, which completely changes their outlook on the end of the season. When Ben Simmons went out with a nerve impingement in his back against the Milwaukee Buck on February 22nd, there was skepticism how bad his injury was. The team went 4-5 during his absence and lost two bad games against the Cavaliers and Warriors. It was obvious that Joel Embiid was dealing with some nagging injuries at the time, as well as Al Horford, who recently said he wasn’t 100% during the season.

Al Horford admits he wasn't "where he wanted to be" physically, but emphasizes that he's not making any excuses.

He says he's doing well now and the time off was helpful.

Brown also made some comments about what the strategy could be moving forward, stating “there is kind of like a team Al and team Joel and and there’s an integration of the two of them to the team.” His remarks lead me to believe experimenting with the two in the starting lineup may be over. Newly signed Ryan Broekhoff is a 6’6″ sharpshooter who adds much needed shooting off the bench. Based off what we saw so far this season and taking into account all of  Brown’s comments, this is how I think the rotation will play out:

This lineup gives the 76ers the ability to switch on any possession, with the shortest player being 6’5″ and enough space and shooting ability for the ball to move effectively. A lot of the spacing will be based upon Simmons’ willingness to shoot the ball outside the paint, which I think he will shock many people with during the Orlando restart. A video that surfaced this past week shows Simmons draining a three with ease and no hesitation.

We got our run in. pic.twitter.com/ZQuK5jN0Fi

Bench:
6: Al Horford
After being removed from the starting lineup, Horford is the obvious 6th man for the Sixers. Moving Horford to the bench allows Brett Brown much more flexibility and depth at the center position. He will most likely still play alongside Embiid but for much shorter periods of time.

7: Furkan Korkmaz
He’ll provide a much needed spark off the bench as he did much of the season. I think he’ll be used more as well, if Milton or Richardson are struggling from deep. Shooting a career best 39.7% from three, Korkmaz should be a lethal weapon come the playoffs.

8: Alec Burks
In his 8th season, Burks should be a major scoring threat and shot creator off the bench. He’s shown the ability to make tough shots in his short time with the Sixers. Burks scored in the double digits in more than half (6/11) of the games he’s played for the Sixers so far.

9: Mattise Thybulle
The immediate defensive impact Thybulle has given the 76ers has been nothing short of extraordinary. He’s shown the ability to defend both on and off ball, reading passing lanes consistently. Thybulle may play more than people think, as his shot continues to improve. I believe Coach Brown values his defense immensely.

10: Glenn Robinson III
He’s a three level scoring threat and a decent defender, however I think his inconsistency scoring could limit his minutes (only scored double digits in 3/12 games averaging close to 20 minutes per game). It took Robinson III nine games to make his first three pointer as returned to the Sixers. If Burks starts to struggle, we could see Brown push GR3 into more minutes if he plays well.

In his remarks about the team, Brown mentions the rotation going from 10, down to 9. My guess would be that it would be between Robinson III and Burks, whoever is playing better at the time.

Newly signed Ryan Brokeoff could play some minutes during the “seeding games,” if he is to return, to get a feel for the scheme Brown wants to implement. Raul Neto and Mike Scott would  be in play if any of the rotation players were to get into foul trouble. Other players such as Norvell Pelle, Kyle O’Quinn and G-League standout Marial Shayok probably will not see any playing time in the Orlando bubble.

This could be the Sixers best chance to win a championship since the 2001 team led by Allen Iverson. The star studded starting lineup paired with the depth of the bench should give the 76ers a legitimate chance at the 2020 NBA Championship.