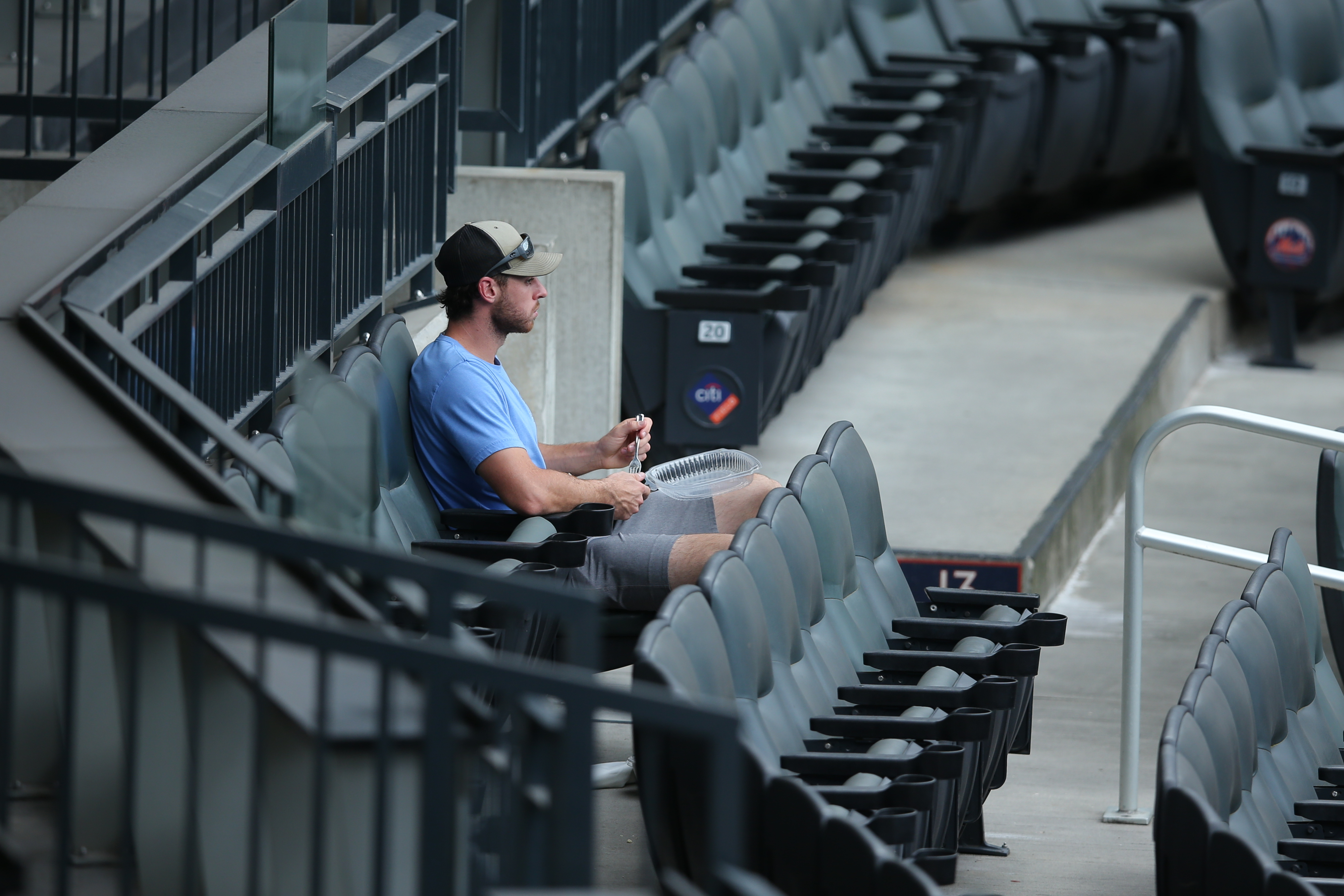 I’m back in the universe.

Don’t know how long I’ll be here. Don’t know how long we’ll all be here. But what I’ve learned about myself during this pandemic is that I’m much better at pretending than I am at focusing on what’s actually happening. Considering that what’s actually happening in this world is pretty horrendous at the moment, maybe you discovered that about yourselves too. Maybe you’re happier pretending. I know I am.

But basically I think the real reason that I haven’t done a “real” post since March is that writing about the upcoming season qualifies for me as being hopeful. And I’m not talking about the hope that comes with a normal spring training. That’s actual hope. I’m going to let you in on a little secret: When I get pessimistic about actual Mets baseball, it’s 50% schtick and 50% Wilpon. Even when you think there’s zero percent left for actual hope of a World Series championship, trust me … I have a percentage put aside for that. I always have.

But man, this is different. Way different. Even though we seem to be on the cusp of starting the 2020 season, which seems like it will start and it’s a victory in itself if it merely starts, I feel like once I get invested, it’s going to fall apart. There’s just so much that can go wrong once these teams start traveling and start getting cabin fever on long road trips. Each team has a player pool of 60. 60 multiplied by 30 is … wait, I have a calculator on this computer, don’t I … 1,800. Even if only the players on the main rosters travel, that’s 900 players plus coaches and support staff so we reach about 1,000 or so people going to hotels and airports in states with varying degrees of control over COVID-19. Even if 96-97% of these traveling parties are responsible, all it takes is that 3% or even less to screw it up for everybody.

So all that’s left to figure out is what MLB is going to do when there is an outbreak on a team. Do they eliminate one team at a time, like what the MLS did with the Dallas and Nashville franchises in the MLS is Back tournament in the Orlando bubble? Or do they shut down the league for a couple of weeks as is the KBO policy, and hope that fans will buy a 46 game season? Or do they say “well, that’s why we gave these teams 60 players and press on because there’s too much at stake here? Or does it all go to pot and we’ll see you next year?

There are questions about the legitimacy of a 60 game season. To me, that’s not the problem. Let’s say hypothetically that the Mets win the division. How good are you going to feel about it with the Nationals missing key players due to opt outs, or if the Braves are without Freddie Freeman for a significant period of time? Injuries are one thing because they’re a byproduct of the sport. Not viruses. Not viruses that kill people.

And that’s not even mentioning all the hand wringing and acrimony that we could have all done without during a goddamned pandemic. Look, if the owners and players made a 60 game season part of their March agreement and settled on it from the beginning, I think we would all be head long into this with our gear and our emotions and … YEAH! BASEBALL!!! But all of that nonsense, all of those owners trying to move the goalposts on the players after they came to an agreement, all while a certain owner of the Cardinals used his mouth to complain about how baseball isn’t profitable while using his wallet to by Eva Longoria’s mansion, that really soured me. It also made me realize that even the best case scenario for baseball over the next three seasons is at least a work stoppage that’s going to wipe out part of the season in 2022 if not all of it. So you’ll forgive me if I’m not excited over having a huge part of my emotions on a long ride that’s going to end in a collision with a figurative brick wall, and might get stuck in a ditch along the way.

But we’re here, and we’re at least going to get started. So a few things:

All kidding aside, this season is going to be what it’s going to be. I’m resigned to whatever happens. That runs all the way from the Mets winning the World Series to the season lasting two days. But all I know is that if/when baseball returns, I’m going to celebrate with a hot dog on the 23rd while hate-watching the Yankees and the Nationals, and with a Shake Shack burger and some rice balls from a local spot (to recreate the Citi Field experience as best I can) at 4:10 on Friday the 24th. It’s the least I can do. Whatever happens in this weird season is just going to have to happen. And hopefully, everybody involved gets out of it in one piece, safe and healthy. I honestly think that’s all I’m hoping for. It’s the least we can hope for in exchange for the days, weeks, or months of entertainment we’re going to receive.

In the meantime, I’ll be back and forth between the alternate universe and the real thing. Switching between universes will be a hell of a commute. But if anyone can do it, it’s me. Besides … where else am I going?

Best wishes to all who read this. Please stay safe.