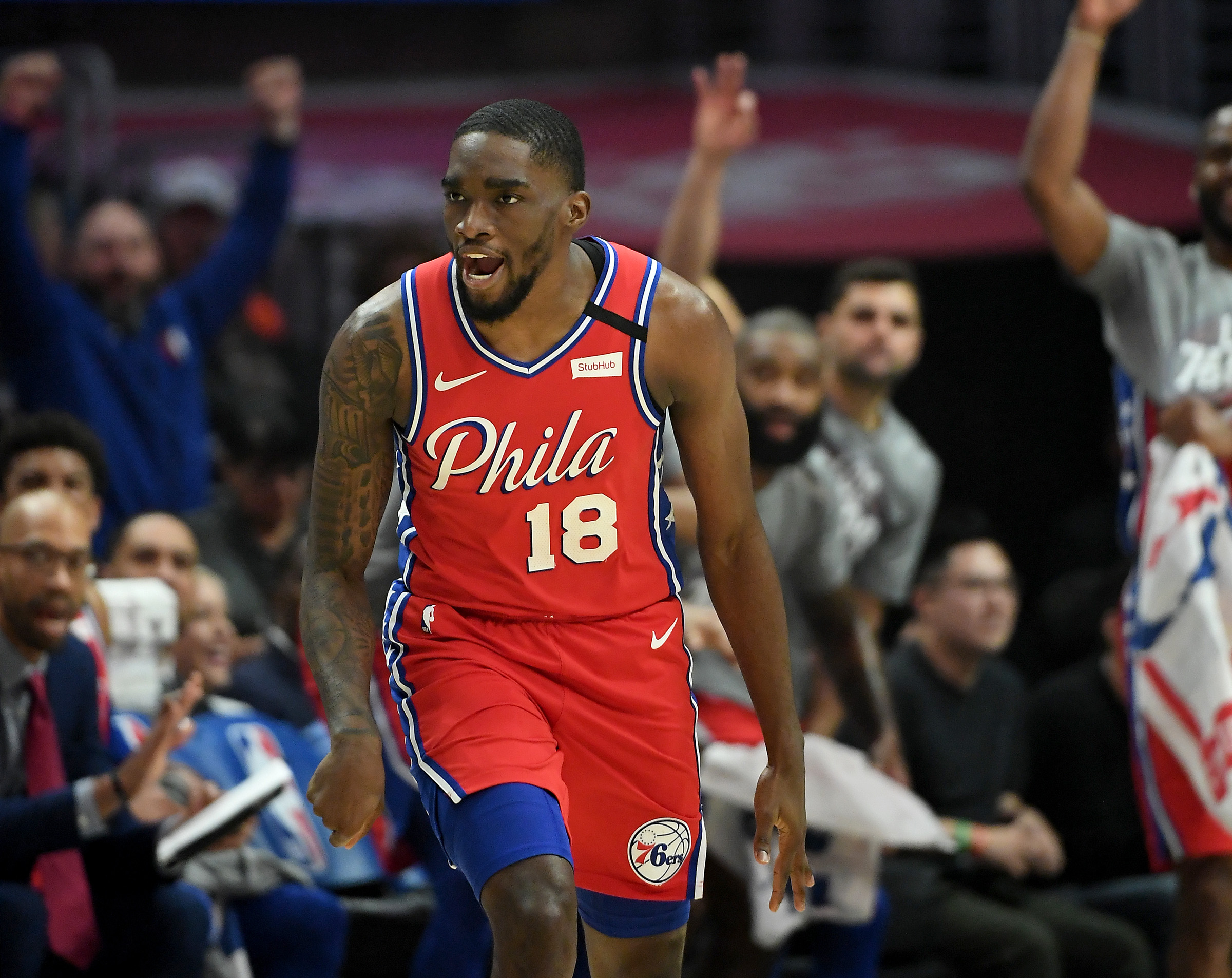 Second-year point guard Shake Milton has generated a lot of buzz since the Philadelphia 76ers reported to Orlando for the NBA’s restart. Before the NBA suspended its season, the former SMU standout had a memorable 39-point performance on Mar. 1 against the Los Angeles Clippers and started to carve out a role for himself.

In their practice sessions at Disney World, Milton has been running the point while Ben Simmons has been moved to the point forward position. Both players have praised each other in their media availabilities and feel that the on-court relationship is growing.

“I keep saying it, but playing with somebody like Ben is super easy,” Milton said (h/t Ky Carlin of The Sixers Wire). “He’s so unselfish. We feed off each other because we both can pass and it makes it easy because you can throw it up anywhere around the rim, he’s going to go get it. It’s easy and I feel like our relationship on the court is constantly growing.”

"It's easy. And I feel like our relationship on the court is constantly growing."

Additionally, head coach Brett Brown has been showing confidence in the young guard with some comments he’s made in recent Zoom calls with reporters.

“With his mentality and composure at a young age and amplifying it out to a playoff environment, there’s a poise that he has as a person,” he said.

The 23-year-old Milton, who signed a three-year deal last offseason, after spending his rookie season on a two-way contract, has played six games with the Delaware Blue Coats (G-League affiliate) and 32 games with the Sixers.

Over that time, Milton has shown a lot of progress from when the team acquired him on draft night in 2018. Therefore, the next question on everybody’s mind, is what can he bring to the bubble to help get the Sixers to another level?

For starters, “Sniper Shake” has been known to be very smooth on the offensive side of the ball, especially when it comes to the pick and roll.

During the 2018-19 season, Milton spent a majority of his rookie campaign in the G-League with the Blue Coats, where he started in all 29 games.

Milton also appeared in 20 games with the Sixers as a rookie but in a limited role (4.4 points and 1.8 rebounds per game).

To start the year, the former second-round pick played limited minutes and had a small role with the Sixers. But around late October, Milton suffered a knee injury that sidelined him until Nov. 13.

After some struggles with the Sixers, Milton was sent down to the G-League to get some minutes with the Blue Coats.

On Nov. 29, against the Westchester Knicks, Milton had his best game of the year with 18 points, four rebounds, and one assist.

Blue Coats head coach Connor Johnson said of Milton’s performance that night, “He looked like the old Shake that we’re used too. He gets in the lane, guys can’t get in front of him, he’s not beating anyone with incredible speed, and yet he’s still got to the front of the rim.”

It seemed as though that was the first game of the 2019-20 season where Milton was showing flashes of what he could be in the future. In the six G-League games, he averaged 21 points, 4.8 rebounds, 3.0 rebounds per game.

However, in mid-January, the combo guard started to receive more playing time due to a back injury to Simmons. From Jan. 22 until Mar. 11, he had 12 games where he put up 10 plus points. Milton also shot 51-percent from beyond the arc.

Even though Milton has been praised for his calm but confident demeanor on offense. He still has work to be done defensively, hence his defensive rating of 111.3.

Nevertheless, it looks as if the Sixers may go with Milton as the starting point guard and move Simmons around heading into the NBA restart. If Milton can continue where he left off, he could be a huge x-factor for Philadelphia.