Oilers D Philip Broberg Under The Wings Of Veteran Swedes 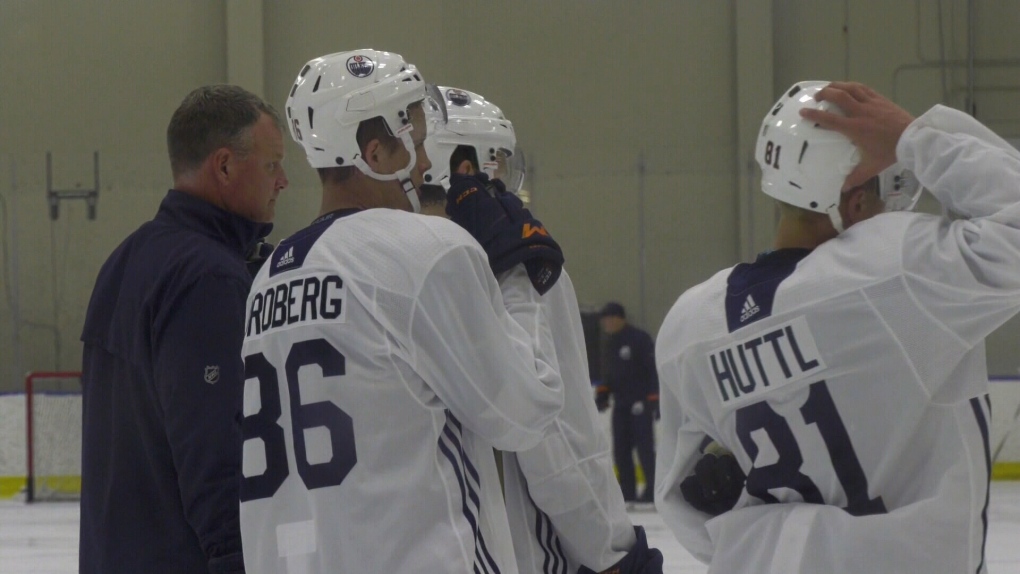 Oilers D Philip Broberg Under The Wings Of Veteran Swedes

The Edmonton Oilers haven’t developed a strong track record with European prospects in recent memory. It’s never too late to turn things around. The approach under a new management team is completely different with 2019 first-round pick Philip Broberg.

The defenseman, who is signed for the 2020-21 season with Skelleftea of the SHL, is currently in Edmonton for the club’s ‘Return to Play’ camp ahead of the 2020 Stanley Cup Playoffs. Initially, it was supposed to be a brief stop. Broberg, one of eleven expected defensemen in camp, was supposed to be the lone cut.

Then, veteran Mike Green opted out of the postseason, leaving the Oilers with potentially nine NHL defensemen. That won’t be enough, in all likelihood, for a lengthy run.

Broberg has drawn praise at camp, and could have a chance to go into the bubble with the Oilers. Two weeks ago, no one thought it was a possibility. The comfort of Broberg has been a big reason why he has looked good after five days.

A big reason why he is comfortable? Fellow Swedes Adam Larsson and Joakim Nygard.

“It’s been great,” Broberg said on Friday via video conference. “I’m living with Larsson, and him and Nygard are taking good care of me at home. It’s fun to be around the guys. Everyone has taken care of me really well, so it’s fun to be here.”

One of the knocks on the Oilers and their handling of Finnish forward Jesse Puljujarvi, another first round pick, was that the club did not do enough to make him feel comfortable. That was a different time. In many ways, it was a different organization.

“It’s a great situation for us because we have some very good veteran guys that are good mentors, they’re good people,” coach Dave Tippett said. “It helps that you’ve got Klefbom and Larsson who are both from Sweden and young Broberg is from Sweden. I’m sure he looks up to them and knows them well. There’s a real camaraderie there.”

Will that comfort level and camaraderie push Broberg onto the playoff roster? We’ll find that answer out in the next seven days.