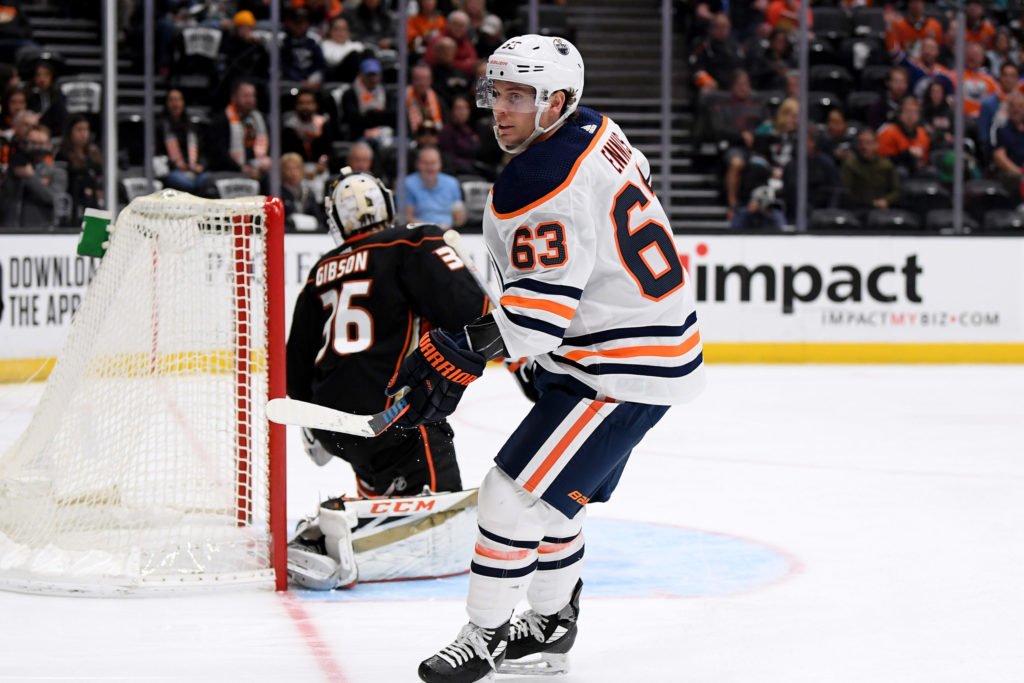 The Edmonton Oilers took to the ice at the community arena inside of Rogers Place on Sunday morning to continue their NHL ‘Return to Play’ camp. Among the highlights of the day was Connor McDavid making magic and Tyler Ennis getting a promotion to the second line.

Here are some of the observations and notes from day six.

Andreas Athanasiou began training camp on the left wing with Leon Draisaitl and Ryan Nugent-Hopkins. On Sunday, it was Tyler Ennis who occupied that spot. Athanasiou was skating on a line with Riley Sheahan and Josh Archibald instead.

Ennis, acquired from the Ottawa Senators on trade deadline day, is a solid veteran player who does a lot of things well. The respected Ennis has some speed and a knack for finishing off scoring chances. In a normal 82-game season, 15-20 goals should not be out of the question.

He’s a valuable player with a number of different strengths that can help a hockey team.

Athanasiou, meanwhile, brings both speed and skill to the table in abundance.

Both are good NHL players. While Ennis got the push on Sunday, nothing is set in stone for either of the newcomers up front.

“We’re just looking for that chemistry on lines and to see where everything fits,” coach Dave Tippett said on Sunday. “Those guys were here for a little bit but there’s still some uncharted waters for them.”

Ennis, of course, has tons of playoff experience from his time with the Buffalo Sabres, Minnesota Wild and Toronto Maple Leafs. He’s been around for a long time and has accomplished quite a bit in the best league in the world.

That counts for something.

“Ennis is a veteran player who’s been around the league a long time,” Tippett continued. “Plays the game smart, plays the game efficient, he knows when to make the right play and he knows when to move on and find something simpler. He plays off people very well, reads off people and has good skill. Top players like to play with guys like that because they are good complement players. ”

Connor McDavid is arguably the best player in the NHL. When he does something amazing, people really shouldn’t be surprised. Yet here we are, in mid-July, getting excited about what the captain did on Sunday in the team’s scrimmage.

McDavid, for what it’s worth, has been absolutely locked in. 630 CHED’s Bob Stauffer, also the radio color voice for the team and go-to insider for the club, made note of that on Sunday.

“Successful teams need their best players engaged. Over the course of the last two days of scrimmages it is pretty clear Connor McDavid and Leon Draisaitl are driving the tempo and pace for the Edmonton Oilers,” Stauffer tweeted on Sunday.

McDavid could be poised for a HUGE playoff. He never got the chance to properly train in the summer of 2019, as he was rehabbing from his knee injury suffered in April of 2019. McDavid made it back for opening night, and had another terrific season.

To think he could be even more locked in and even more explosive? It boggles the mind.

The Oilers will have Monday off.