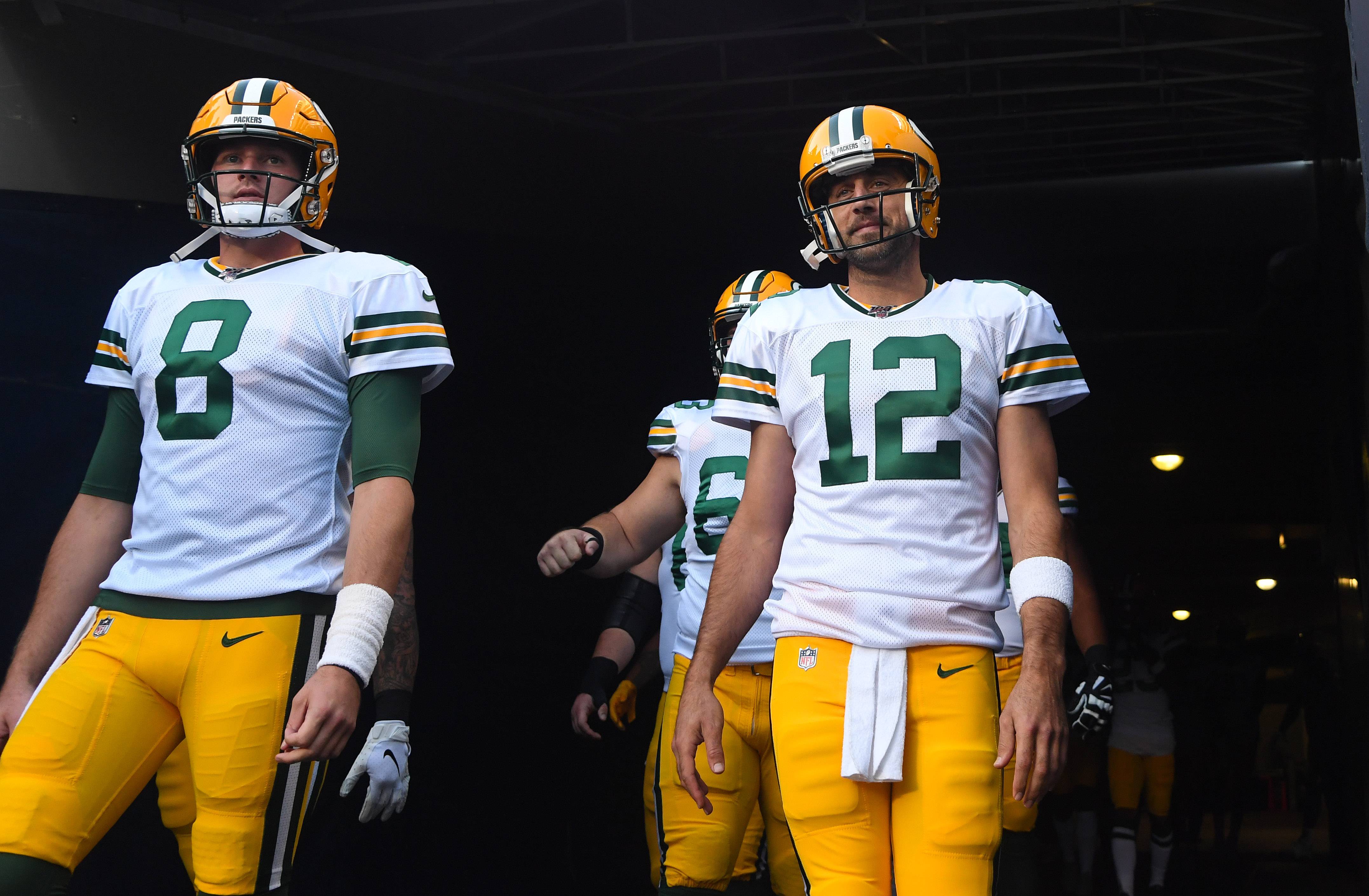 Barring injury, the Green Bay Packers know who their starting quarterback will be this season. Aaron Rodgers has been the man in Green Bay since taking over at QB1 in 2008 and the future Hall of Famer remains an elite quarterback at the age of 36.

But change is on the horizon as the Packers traded up in the first round of the draft to select Utah State’s Jordan Love. He will be the heir apparent to Rodgers and the question is when will Love start to challenge for playing time?

Here is a look at the Packers quarterback depth chart as the team prepares to open training camp:

Rodgers isn’t playing at the same level he did 10 years ago, but few quarterbacks in the history of the league ever have.

Rodgers still threw for more than 4,000 yards last season and threw 26 touchdowns and just four interceptions. He completed 62 percent of his passes and came through frequently in the clutch for the Packers in leading them to a 13-win season and a berth in the NFC Championship Game.

Even at 36, Rodgers remains able to escape the rush and prolong plays with his feet. The biggest decline in his play seems to be his accuracy on deep passes especially when he doesn’t get both feet planted.

All eyes will be on Rodgers to see how much growth he shows in year two of playing in Matt LaFleur’s system. He rose to the challenge last season but the coach installed a hybrid of the old Mike McCarthy offense and the new system. Expect LaFleur to install more of his offense this season after the Packers added players in the draft to help him run it effectively.

Another thing to watch is how Rodgers responds to the Packers decision to draft Love in the first round. Will it inspire him to play better, or will he be upset at the organization and struggle more as a result?

This will be an interesting season for Rodgers for sure but the Packers expect another Pro Bowl caliber performance from their franchise quarterback.

Love is a lock to make the team if he’s healthy, but the question is whether he’s ready to be the backup this season. Scouts say he has the potential to be a franchise quarterback in this league but he needs a few years of polishing. This year’s truncated offseason and preseason will not help him get ready to play this year.

Expect Love to see the field a lot if preseason games are played, but the Packers are hoping he doesn’t see meaningful snaps during the regular season.

Love has a strong arm and a gunslinger mentality, but he needs to improve his decision making, footwork and ability to read defenses effectively. It seems the earliest he’s ready to start would be 2022.

Tim Boyle played well last preseason and knows the playbook. He is not viewed by most scouts as a future starter in the NFL. He threw four passes last season in mop up duty, completing three of them for 15 yards. Those were his first career NFL passes.

Boyle may remain the backup this season because Love won’t be ready to play if Rodgers gets hurt. Otherwise, he could be a candidate for the practice squad although the Packers could lose him if another team decides they want to add Boyle to their active roster.

The Packers signed Morton as an undrafted free agent this April out of Prairie View A&M. Morton has good mobility and rushed for 22 touchdowns during his four years in college while throwing for another 42. He has a strong arm and good size but needs a lot more refinement to stick with an NFL team. His best shot is to make a positive impression in camp and secure a job on the practice squad.

Rodgers remains one of the best quarterbacks in the league and his familiarity with the offense should offset any physical decline he may have to deal with at this stage of his career. Clearly, Rodgers remains capable of leading the Packers to the playoffs and beyond.

Love will probably not be ready to be the primary backup this year but he is the quarterback of the future and his progress and attitude will be watched closely.

If Boyle earns a roster spot, this will likely be his last season with the Packers. He knows the system and that gives him an advantage.

If Rodgers stays healthy, the Packers should expect strong play at this position again in 2020 with a future Hall of Famer starting and the heir apparent on the roster.