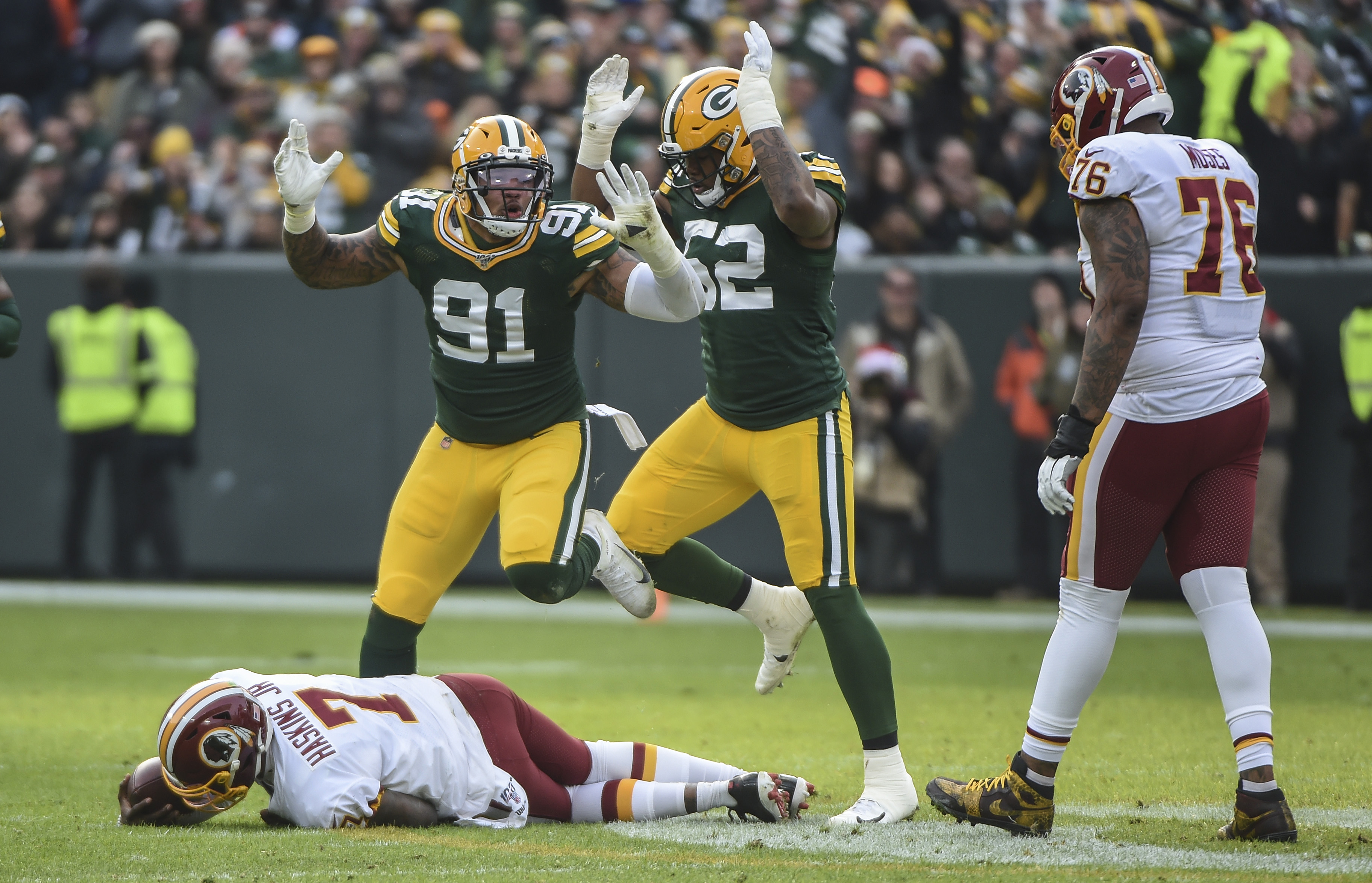 The Packers signed two free agent outside linebackers in 2019 and it paid off handsomely as both Preston Smith and Za’Darius Smith enjoyed career years in their first season in Green Bay. Both Smith brothers return in 2020 although the Packers lost Kyler Fackrell to the New York Giants in free agency this offseason.

Top tackler Blake Martinez is also a Giant now and the Packers replaced him by signing former Browns starter Christian Kirksey. The inside linebacker position alongside Kirksey is very much up in the air heading into camp and should be one of the more wide-open battles this summer.

Here is a look at the Packers linebacker depth chart as the team prepares to open training camp:

The Smith Brothers surpassed expectations in their first seasons in Green and Gold with Za’Darius totaling 41 tackles and 13.5 sacks while Preston contributed 56 total tackles and 12 sacks. In addition to providing consistent pressure on opposing quarterbacks, the Smiths also helped improve the culture in the locker room and provided leadership for the defense and the entire team.

The big question concerning the Smiths is whether they can continue to play at the same level in 2020 or will they return to something closer to what they had done earlier in their careers with Baltimore and Washington, respectively.

With Kyler Fackrell gone, last year’s top pick, Rashan Gary, will assume a bigger role on defense. Gary picked up two sacks while learning to play OLB as a rookie. The coaching staff is expecting a lot more from him in year two. Look for Gary to get a lot more snaps. He will line up at edge and as a defensive lineman at times to confuse opposing quarterbacks and to maximize the Packers pass rush.

Ramsey showed some promise in camp last season after signing with the Packers as an undrafted free agent. He spent the season on the practice squad and is ready to compete for a backup role at OLB/Edge. As of now, he is the favorite to capture the fourth OLB spot on the depth chart. His year on the practice squad should give him an edge over rookies who have not had as much time to learn the system during this unusual offseason.

Special teams ability will be a factor when determining which, if any, of the players in this category can make the roster or the practice squad. Williams spent time on the practice squad last season and was even active for one game after being released by the Ravens midseason. He has two career sacks in four NFL seasons.

Galeia is an undrafted free agent out of Utah State. He has good size at 6’5”and recorded 15.5 sacks in 25 career games in college. He will need to make an impression quickly this summer to secure a roster spot.

The Packers selected Garvin in the seventh round of this year’s draft. The former Miami (Florida) star played defensive end in college and will compete at edge for the Packers. He had five sacks in his final college campaign and 5.5 sacks the previous season.

Scott is an undrafted free agent out of Southern Methodist. He recorded 10 sacks and 18 tackles for loss. His ability to get to the passer will be a key for him as will his ability to contribute on special teams.

Roberts signed with the Packers last season as an undrafted free agent. He has good size at 6’5” and 258-pounds and recorded three sacks and eight tackles for loss in his senior season at Baylor.

Kirksey has been signed to replace the departed Blake Martinez. He has a bit more speed than Martinez did and therefore may be a better fit in Mike Pettine’s defense. The biggest issue for Kirksey is staying healthy as he only played in nine games total in the last two seasons. When he was healthy, he was a capable inside linebacker who demonstrated good leadership qualities.

Burks is entering his third season and the former third-round pick out of Vanderbilt has yet to establish himself as a contributor on defense. Preseason injuries delayed his progress in each of his first two campaigns, but last season with the defense struggling, he still couldn’t get on the field. Burks has good speed but needs to fine tune his instincts and ability to read pays. This may be Burks’ last chance to prove he can be a starter for the Packers.

Summers made a lot of tackles in preseason last year and earned a roster spot because of his potential and play on special teams. Summers lacks ideal size but has toughness and a solid work ethic. He must take a step forward this season to secure a roster spot and possibly even a starting role opposite Kirksey.

Bolton also showed promise in camp as an undrafted free agent but suffered an injury late in the preseason and was placed on the injured reserve. The Oklahoma alum is undersized but reads plays well and makes a lot of tackles.

The Packers drafted Martin in the fifth round of this year’s draft out of Minnesota. Martin’s chances of claiming a starting job have been diminished because of the unusual offseason and truncated preseason but he did average more than eight tackles per game last year before missing five games due to injury. Had he stayed healthy he probably would have been drafted higher.

Barnes is an intriguing undrafted free agent out of UCLA. Barnes has the speed the Packers have been lacking recently at ILB but in college, he was good at a lot of facets of the game but didn’t stand out in any of them. He was able to play the run well, drop into pass coverage and even occasionally blitz the passer. He needs to show his skills can translate to the NFL level to make the team.

The Packers are strong on the outside with the Smiths as starters and Gary in the third spot assuming he steps up in year two and grows into the role. If Kirksey can stay healthy, he should ably replace Martinez, but the other ILB position is wide open and full of question marks.

Depth here is also an issue here with special teams ability figuring to be a major factor in determining who makes the final roster and practice squad. There is potential here, but little proven depth. How the ILB position turns out will be a big factor in any improvement in the Green Bay run defense this season.