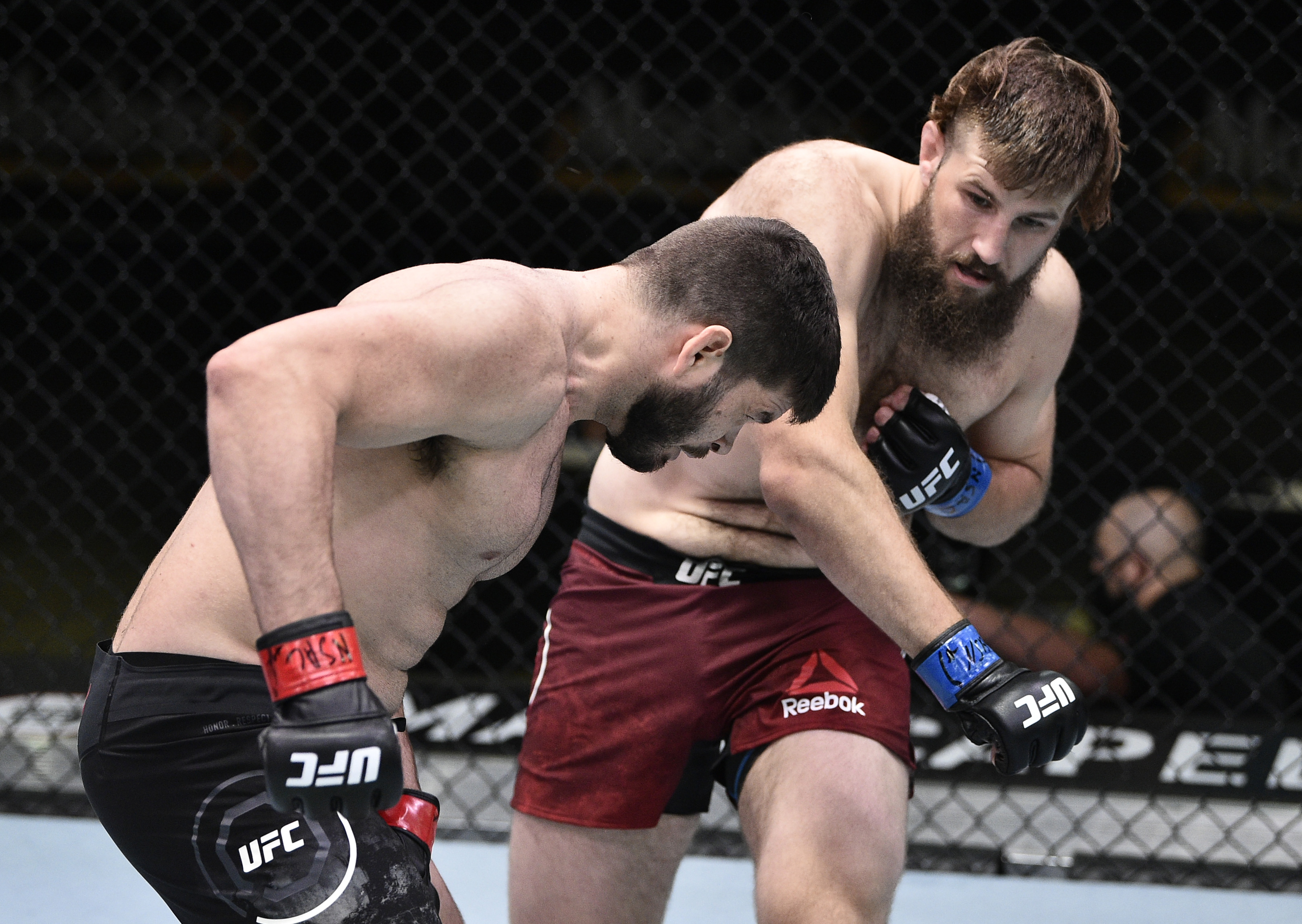 Last stop on Fight Island is this week. While we’ve enjoyed the stay, it’s time to head back to the Apex for some more quality MMA action next week. But first, lets look at a fighter who is getting to fight in both places.

Out of the gate, there was a lot of things that I thought were impressive about Tanner Boser. He had a good gas tank for a heavyweight. Like most heavyweights, he had KO power. However, I’ve become even more impressed after his performance last week.

After weighing in 10 full pounds lighter than his previous bout, there was a notable speed change for Boser. He was lighter on his feet, his defensive boxing was better, and the hand speed even seemed up. As a result, he avoided a lot of Philipe Lins’s early strikes and landed an absolutely devastating one of his own. If he continues to be this faster, fitter Bulldozer, it will be a quick rise to the rankings.

While his last performance was stellar, it doesn’t erase the first two. A lackluster decision win over Daniel Spitz and a one-sided decision loss to Cyril Gane certainly didn’t inspire a new wave of fans. However, another win like his win at the Apex last month, there should be plenty of people lining up to see Boser fight.

Raphael Pessoa is a guy who is absolutely not afraid to exchange on the feet. Although he does have a decent ground game, his takedowns aren’t really all that much to write home about. As a result, it’s likely that this will take place on the feet. In that realm, Boser has a huge speed advantage over Pessoa. With Pessoa unable to take out Jeff Hughes over a 15 minute decision, it’s safe to say I don’t believe he’ll take out Boser. And I don’t think he can stand with Boser for a full 15.