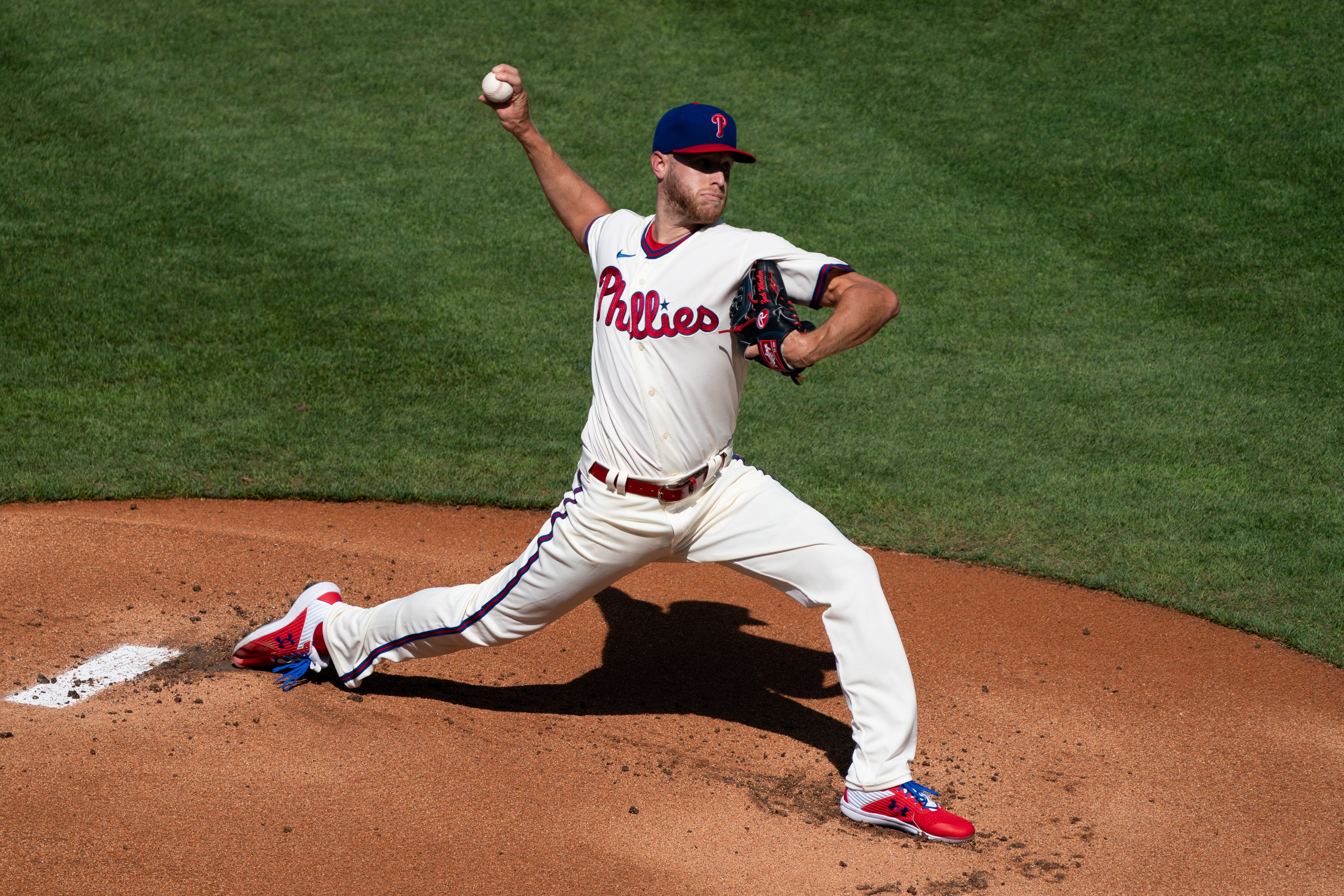 Zack Wheeler made his debut as a member of the Philadelphia Phillies in their 7-1 victory over the Miami Marlins on Saturday. Wheeler threw seven innings of one-run baseball in the Phillies’ first win of the season.

Furthermore, Wheeler rolled 10 ground ball outs, in which four of them were turned for double plays. Last time, a Phillies pitcher accomplished this feat was Cliff Lee in the 2012 season.

Wheeler’s ability to roll those double plays helped keep his pitch count down. He ultimately finished the day with 87 pitches, 57 of which he threw for strikes.

“You look at the double plays, he got when he needed them, he was really good today,” Phillies manager Joe Girardi said. “To get seven innings out of a starter his first time through and only throwing 87 pitches, that’s about as good as you can be.”

Zack Wheeler gets his first out as a Philly using a slider down and away.

Exactly what we've been hoping for. pic.twitter.com/VIVZjljWu7

“I pick my time to use the four-seam and two-seam,” Wheeler said after the win. “I’ve learned over the years what works best in certain situations or against certain hitters.”

“I kind of get away from my two-seam, using it a lot more in the past. My four-seam plays well, and I throw the two-seam off of it to get movement and work it inside on guys hands.”

The veteran pitcher finished the day by striking out Marlins first baseman Garrett Cooper on a 98-mph fastball at the end of the seventh inning. His velocity remaining in the high 90’s at the end of his first regular-season start is an encouraging sign for Wheeler’s future in Philadelphia.

“All managers love it when a pitcher smells a win, or when they’re pitching in a tough game. They just get better and better, and that’s what Zack did,” Girardi said.

“He only had one inning where he threw more than 15 pitches. He got into a little trouble in the seventh when he had a runner on, and he fell behind 2-0, but he got a big out for us in that situation.”

This past offseason, Wheeler signed a five-year $118 million deal with the Phillies after spending the previous five seasons with the New York Mets.

The 30-year-old pitcher was drafted by the San Francisco Giants with the sixth overall pick in the 2009 MLB draft. Wheeler was traded to the Mets in exchange for outfielder Carlos Beltran in 2011.

After landing in New York’s farm system, Wheeler was named the Mets’ top prospect by Baseball America in 2012 and made his Major League debut in 2013.

During his first two seasons, Wheeler posted solid numbers with the Mets before he was forced to sit out the 2015 and 2016 seasons as he recovered from Tommy John surgery. Wheeler struggled in his first season back on the mound in 2017 but returned back to his previous form over the next two seasons posting double-digit wins and a sub 4.00 ERA.

That being said, the addition of Wheeler filled a much-needed void behind Aaron Nola in the Phillies rotation. While he ultimately never turned out to be New York’s ace like many predicted he would. Wheeler’s high 90’s fastball and effective off-speed pitches have been a welcome addition to the starting rotation.

Hunter underwent surgery on his right flexor tendon and wouldn’t have been fully recovered and ready to start the regular season had it began in March.

Nevertheless, Hunter looked good in his first outing, allowing a hit and a walk but no runs in his lone inning of work. Deolis Guerra finished off the victory by allowing no baserunners and striking out two in the ninth inning.

The Phillies will look for their first series win this season on Sunday afternoon at Citizens Bank Park. Vince Velasquez will start for Philadelphia, while Jose Urena will start for Miami.