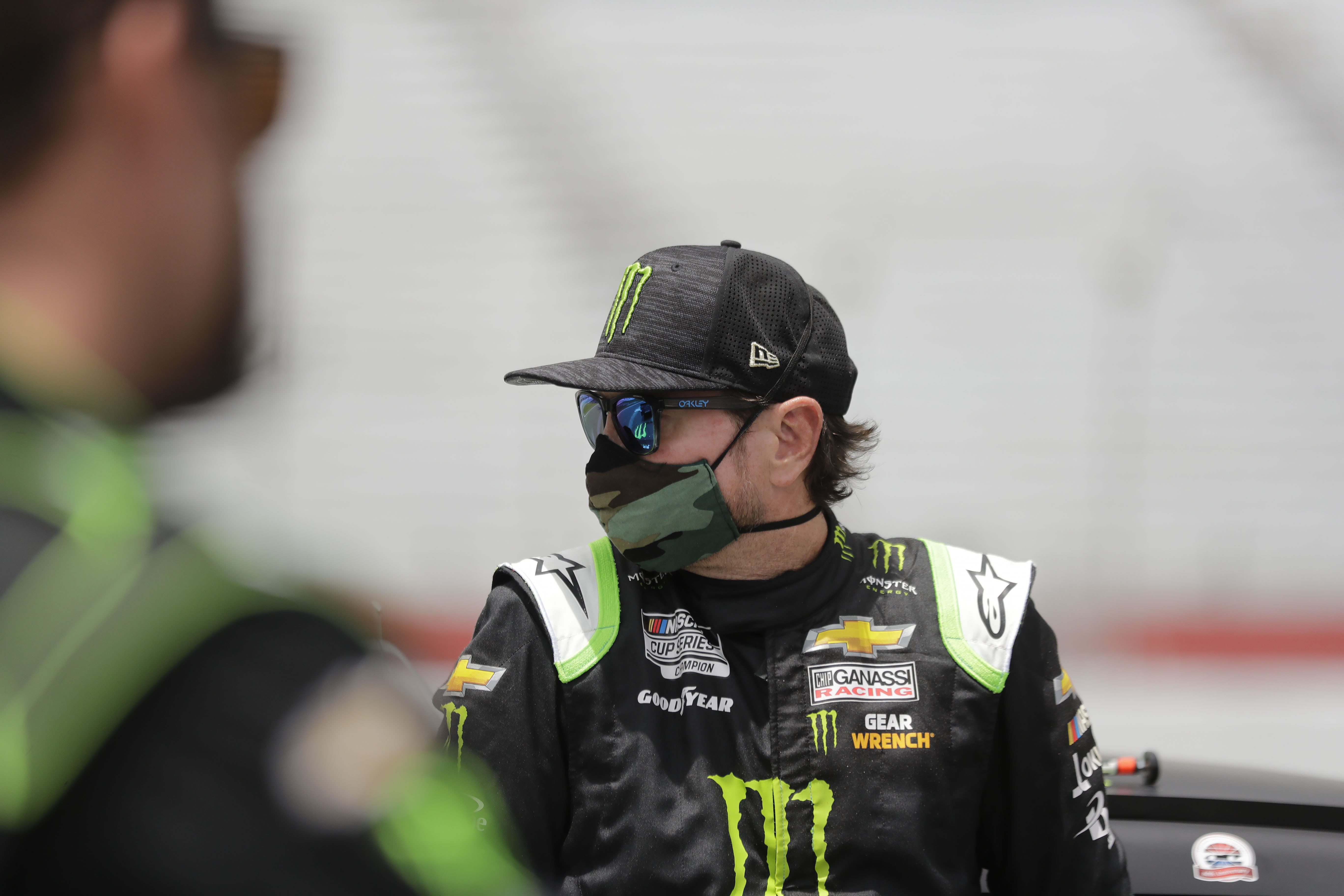 For the majority of Major League Baseball games this season, fans are simply not allowed to watch games in person. However, that is not the case for Chicago Cubs games, where fans are allowed in at 25% capacity to sit on the rooftop of Murphy’s Bleachers, and watch their beloved Cubs for approximately $400 per seat. They may not be in Wrigley Field, but it has become the next best thing.

Among the limited fans who attended the Cubs’ 3-0 win over the Milwaukee Brewers on Friday was NASCAR driver Kurt Busch of Las Vegas. NV. Busch, who won the 2004 NASCAR Nextel Cup Series, and the 2017 Daytona 500, drove from Kansas City to Chicago with a friend to be at the Cubs home opener in person. Busch had just competed on Thursday at the Super Start Batteries 400 in Kansas City and finished in ninth place. It was a race won by Denny Hamlin of Tampa.

But on Friday, for Busch, his world was centered on Major League Baseball. He saw a masterful pitching performance by Cubs starting pitcher Kyle Hendricks of Newport Beach, CA.  Hendricks threw a complete game shutout as he had nine strikeouts and only gave up three hits.

Offensively, the Cubs were led by outfielder Ian Happ and first baseman Anthony Rizzo. Happ hit a home run in a two-run home run in the third inning, which also scored Nico Hoerner. Then Rizzo hit a solo blast in the eighth inning, which put the Cubs up by three.

Rizzo was also involved in his comedic relief which made baseball headlines. During the game, he offered Orlando Arcia of the Brewers hand sanitizer when the two players were standing at first base. This is the era we are currently living in with coronavirus. The Brewers bounced back to win game two of the series on Saturday by a score of 8-3.