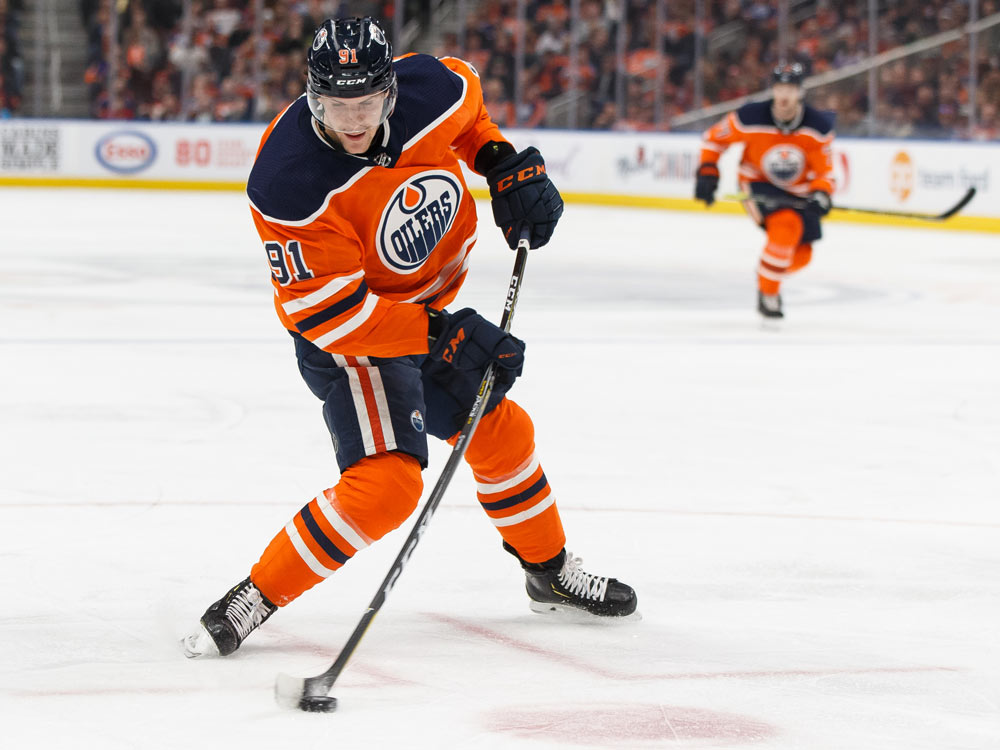 The Edmonton Oilers, along with eleven other Western Conference playoff teams, entered the NHL’s ‘bubble’ in downtown Edmonton on Sunday. Today, the club had their second practice in the bubble in advance of tomorrow night’s exhibition game against the Calgary Flames.

Here are some of the tidbits and notes from day two inside of the NHL’s bubble.

Leon Draisaitl has already won the Art Ross Trophy as the NHL’s leading point scorer. He’s also been nominated for the Hart Trophy (MVP) and Ted Lindsay Award (Most Outstanding Player, voted by NHLPA). On Monday, another nomination came in for Draisaitl.

The NHL announced the 31 nominees for the King Clancy Memorial Trophy. This award is presented annually to the player who “best exemplifies leadership qualities on & off the ice and has made a noteworthy humanitarian contribution in his community.”

Draisaitl was selected by the Oilers as the club’s nominee.

The three finalists for the award will be announced in early August, per the league.

Riley Sheahan left the team’s final scrimmage early on Saturday and did not return to the ice. Sheahan also did not skate on Monday, with minimal detail given by head coach Dave Tippet.

An ace penalty killer, Sheahan spent the second week of ‘Return to Play’ camp centering a line with the speedy Josh Archibald and Andreas Athanasiou.

His absence was the only noteworthy one on Monday for the club.

“I changed all of them up, everything different, so you guys can guess from there,” joked Tippett when asked about line changes and absences at Monday’s practice.

“The only player that missed today is Riley Sheahan, he did not skate today and so he was the only guy out,” Tippett continued. “Everybody else on the ice, not a lot of big changes in the lines other than Haas going in the middle where Riley Sheahan was. That’s about it.”

Gaetan Haas had previously been skating as an extra forward with Joakim Nygard and Patrick Russell. Haas played in 58 games for the Oilers in his first season in North America. He finished the campaign with ten points (5-5-10).

Also noteworthy? It sounds like Darnell Nurse did skate. Nurse fell awkwardly in a practice late last week and did not skate on Saturday. His presence should relieve Oilers fans. Nurse is expected to play with Ethan Bear on the team’s second defensive pairing.

The Oilers will see their first game action on Tuesday night in almost five months. As part of the NHL’s ‘Return to Play’ plan, each team will participate in an exhibition game in the lead up to August 1st. The Oilers get the Flames at Rogers Place at 8:30 pm MT on Tuesday.

Things will be a little different on Tuesday than they were in March. Teams will be allowed to dress 20 skaters in the exhibition tilt, 13 forwards and seven defensemen. Usually, teams can only dress 18 skaters in a game.

All teams will also dress the normal two goaltenders. Expect all 22 of the dressed players to see action tomorrow night.

As for a starting goaltender? Dave Tippett did not announce one for Tuesday’s game, or Saturday’s Game 1 with the Chicago Blackhawks.

Don’t expect an answer for Saturday until late this week.