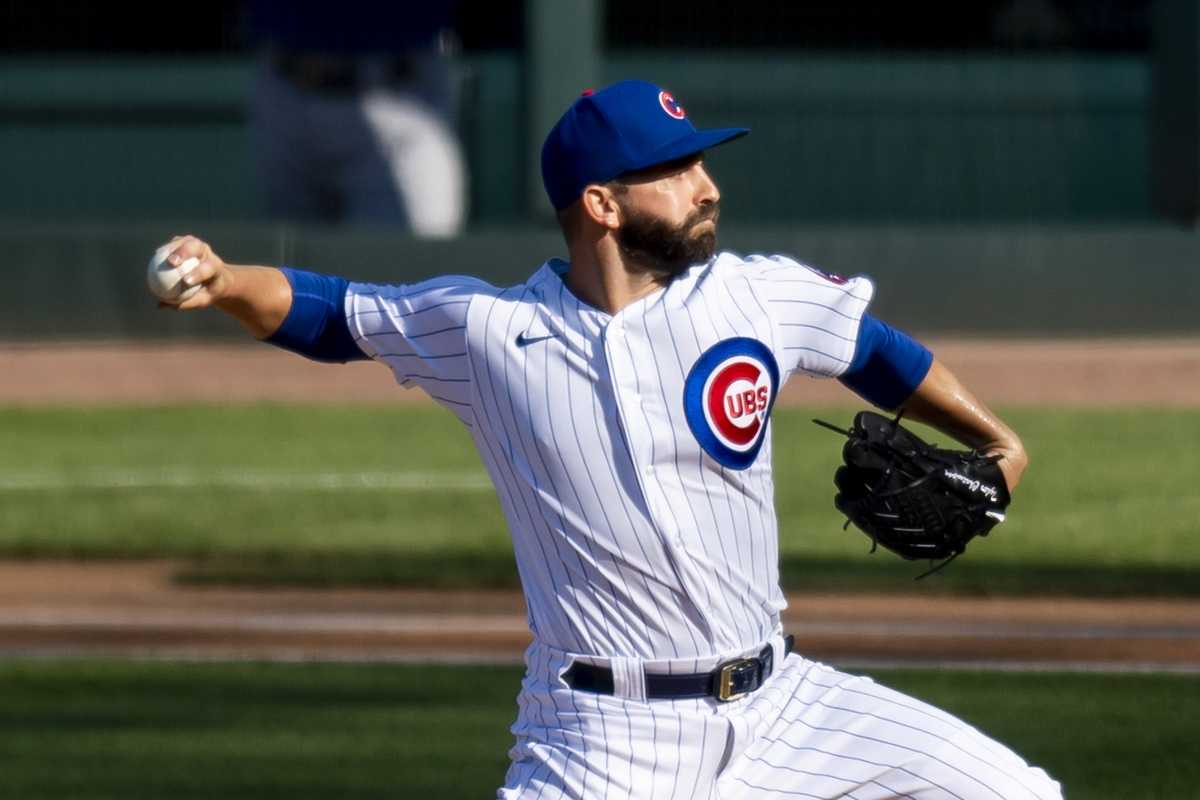 In December of 2017, the Chicago Cubs signed former-victim-of-Coors Tyler Chatwood to a 3-year deal. Given his prior record of performance, the cost of this deal might have been surprising, but Chatwood had been a popular “breakout” candidate and a guy that many teams saw as an opportunity to be a steal. He was on the younger side for free agents at the time and had high spin rates and velocity. Plus, a change of scenery typically helps former Rockies. Chatwood was dubbed the “next Charlie Morton” by some analysts, and he would go on to help the Cubs continue their greatest era in recent memory.

Except he didn’t help at all. After losing former Cy Young Jake Arrieta, the Cubs spent big to bring in Yu Darvish and Chatwood, and neither of them brought much bang for their buck. The right-hander’s first season in a Cubs uniform was nothing short of a disaster, making 20 starts, finishing with a 5.30 ERA and an even higher FIP and xFIP. He walked more than he struck out despite pitching over 100 innings, walking nearly a batter per inning. By the next season, despite a lack of depth in Chicago’s rotation, it was clear he needed to move to the bullpen.

Fast forward to the odd start to the season in 2020 and… Chatwood is back starting the third game of the season for Chicago. Now his time as a reliever was not so successful to make him a #3 starter for a contender, he was competing for the final start in the rotation until late starts and injuries pushed him into the current situation. Nonetheless, it is not all that crazy for the Cubs to let Chatwood go out as a starting pitcher for his final season with the team all of a sudden.

As a multi-inning reliever and emergency starter in 2019, Chatwood was fairly impressive. His ERA and xFIP both came in under 4, his K-BB% was at 11.4 (much better than career rates), and his wPDI (weighted Plate Discipline Index) drastically improved from the previous season as well. While being a reliever will naturally make your numbers appear better, there was a significant improvement for Chatwood, especially as the season went on. In the 2nd half in 2019, Chatwood’s xFIP was actually under 3, with a K-BB% over 20.

Outside of the move to a shorter role, how Chatwood adjusted his use of his curveball was the key to a solid season in 2019. He understood that he needed to change something in order to save his career from fizzling out once his current contract runs out. Chatwood found a way to increase his spin rate on his curveball from 2826 in 2018 to 3092 in 2019. His placement of these breaking balls was also adjusted in order to get more swings and misses. Even with these changes, at the beginning of the season, Chatwood rarely used it. However, once he became more comfortable in the second half, Chatwood began relying on the pitch more. From June 27th of 2019 to the end of 2019, he threw a curveball for 16.4% of pitches, notably higher than previously, and during that time period, he had an 11.3 SwStr%. While an 11.3 SwStr% and an ERA just under 3.00 is not particularly special in a reliever role, compared to Chatwood looking more like a AAA player over the rest of his Cubs career, this is good to see. 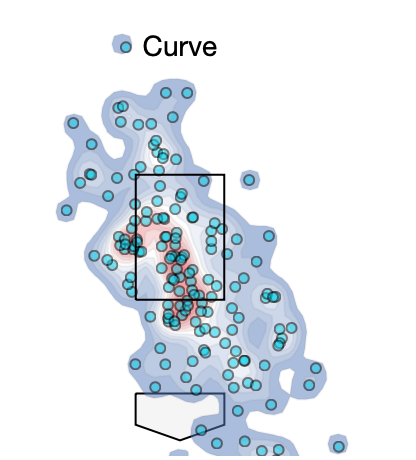 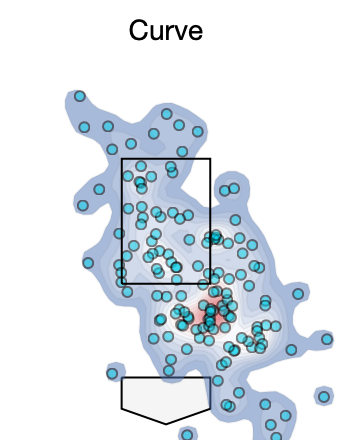 If Chatwood can finally get a league-average amount of whiffs, combined with his tendency to be a ground ball artist that prevents homers, could he work out as a starter once again? He is 30 years old, not necessarily too late in his career to improve in some aspects. Chatwood did not bother just to stop at what he changed in the bullpen, either. In Chicago’s Spring Training “Pitch Lab”, Chatwood reportedly worked on a backdoor cutter for the upcoming season. Historically, Chatwood’s cutter has been his best pitch at missing bats in the zone, so that could help him as well as his curve.

As a starter, it appears that Chatwood may be adjusting his usage of each pitch in order to better attack hitters. Using the data from his first start in 2020 (only one start and on the shorter side, but helpful), it appears that Chatwood is sticking with using his curve more often. He hardly used his changeup at all, did not use his four-seamer even close to how much he did in 2018 and bumped his cutter usage up to 30%. Against right-handed batters in particular, instead of splitting his usage of four-seamers and sinkers evenly, Chatwood did not use his four-seamer at all and instead used all sinkers for faster pitches. It is possible that is only a matchup-based decision and will not follow him all season, but it might be something to keep an eye on. Chatwood definitely likes to mix his pitches up, even though he did not go particularly deep as he works himself up to mid-season form. Using that backdoor cutter will help Chatwood get ahead of counts while not producing as many early-count hits as his fastball historically has. Using his curveball and cutter more as out pitches rather than his changeup should help his problems with control. While he does not control any of his pitches well, he misses the zone much more often with his changeup.

Looking at Chatwood pitch in his season opener against the Brewers, his pitches also appear to move a bit differently. With many of his pitches being underwhelming previously, this could be a reason for optimism. Compared to 2019, Chatwood was able to get a notable amount of more horizontal movement on both his curveball and cutter. His four-seamer also had less vertical movement on it. It will be interesting to see how that plays in the longer term, if these pitches are able to help Chatwood miss the bats he wasn’t able to in previous seasons or if these changes fizzle out in the long term. He also lost about 1.5 mph on his fastball, but that was to be expected while moving from the bullpen to the starting rotation. He is still one of the faster pitchers in baseball.

One start will never be enough to tell you how good a pitcher is, but in his season opener, Chatwood showed off all the work he put in to improve himself in a positive way. In 6 innings, the Brewers struck out 8 times and only got on base 5 times against the righty. Only 1 scored. His O-Contact% was a low 35.7%, his lowest for any single start as a Cub. While that is unsustainable, if his tangible changes are indeed why he was able to get more chases and miss more bats, then maybe we ought to pay more attention to Chatwood in 2020.

Only time will tell if Chatwood can recover his career with a solid season and eventually another contract this offseason. If he can continue to be a ground ball specialist while also missing bats, there may be something there that the Cubs were hoping for nearly 3 years ago. Kyle Hendricks pitched a complete game shutout to begin the season, Yu Darvish is once again looking promising, and Jon Lester had a solid start in his first game as well. Add a new and improved Chatwood to the mix, and maybe the Cubs rotation isn’t the weak spot many may have seen in recent memory.

Maybe this is all for nothing, though. Half a season as a reliever and one start in these odd circumstances do not tell us for sure that the changes in movement, pitch usage, and location will actually be meaningful in the end. We are talking about a pitcher with a career K% of only 16.6%, and a Command+ of 86 (14% worse than the average pitcher). Fangraphs’ Depth Charts projects him to have an underwhelming 4.48 ERA over the rest of the season as a starter. He can change his pitch usage, but still struggles to hit the zone with anything other than his four-seamer, and his curve has been historically worse at getting swings out of the zone compared to his other breaking pitches. There remain concerns that Chatwood will follow his career numbers of not being playable as he faces the lineup a third time through, and he may never figure it out against left-handed batters.

There is a lot of hope riding on Chatwood’s future. It’s amazing that he was able to last as long in the big leagues as he has based on his track record, but there is no denying that he made the most of this final chance. He found a way to impress in a long reliever role in 2019 in order to get put back in the rotation in the current season. Maybe these reworked pitches are able to make him what analysts had wanted, but we will have to wait and see.