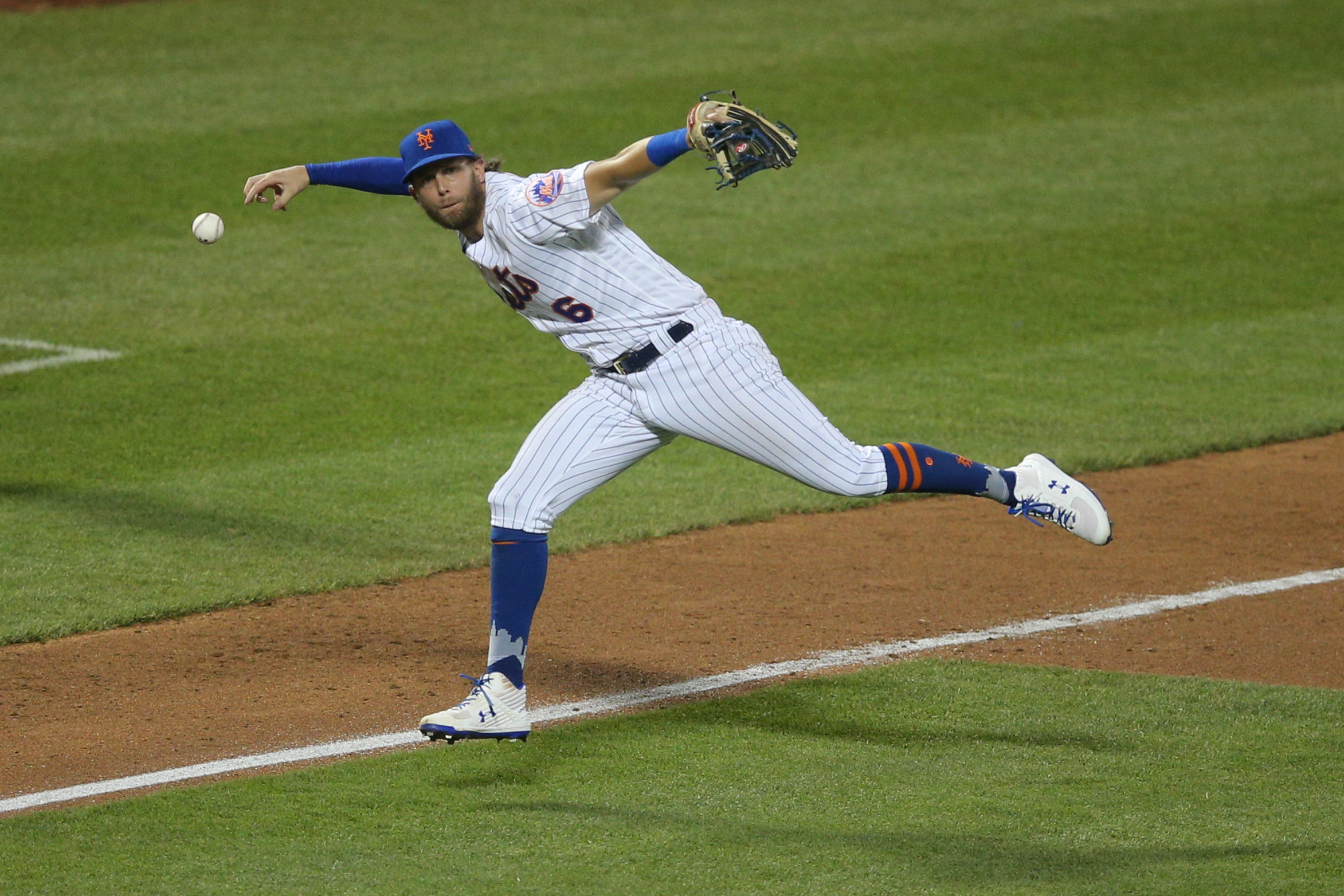 It was long, but at least it was awful.

That said, this was just sloppy, sloppy loss. From Brandon Nimmo’s questionable route on Mitch Moreland’s double to make it 1-1, to Rene Rivera’s horrible stab at a pitch which tagged Jacob deGrom with a wild pitch to make it 2-1, to Justin Wilson’s shaky 8th inning which culminated in a swinging bunt by Moreland which gave the Red Sox a 4-3 lead, and then Luis Rojas leaving Wilson in the game when he clearly didn’t have it (yes, there were bloops and bleeders, but Wilson was pitching his fourth game already and was probably gassed) to face Christian Vazquez and give up a two run single to him to put the game out of reach at 6-3.

Yoenis Cespedes homered to make it 6-4 in the 8th, then put on a frantic rally in the ninth. Brandon Nimmo and Jeff McNeil worked out walks, and Pete Alonso blooped a single to right. Michael Conforto got ahead 2-0 and then swung at two curve balls in the strike zone before going down looking on a fastball on teh inside corner. Then after Rafael Devers saved the Red Sox on a diving play to keep J.D. Davis’ grounder in the infield which only scored one and kept the game from being tied, Cespedes comes up and just has a brutal at-bat. He fouls off what could have been ball three, then gets a cutter on 2-1 which he just missed as he fouled it back, then flails at another curve ball to go down meekly.

Robinson Cano had the game on his shoulders with two outs and made contact, but it was a weak liner to shortstop to end it. Yes, these games are going to happen early in a strange season. But it feels like the 3-3 Mets gave away two games in the first week of the season, and as you know giving away two games this season is actually giving away 5.4 games in a real season.