Biggest Takeaways From 76ers' Three Scrimmages Ahead Of Season Restart 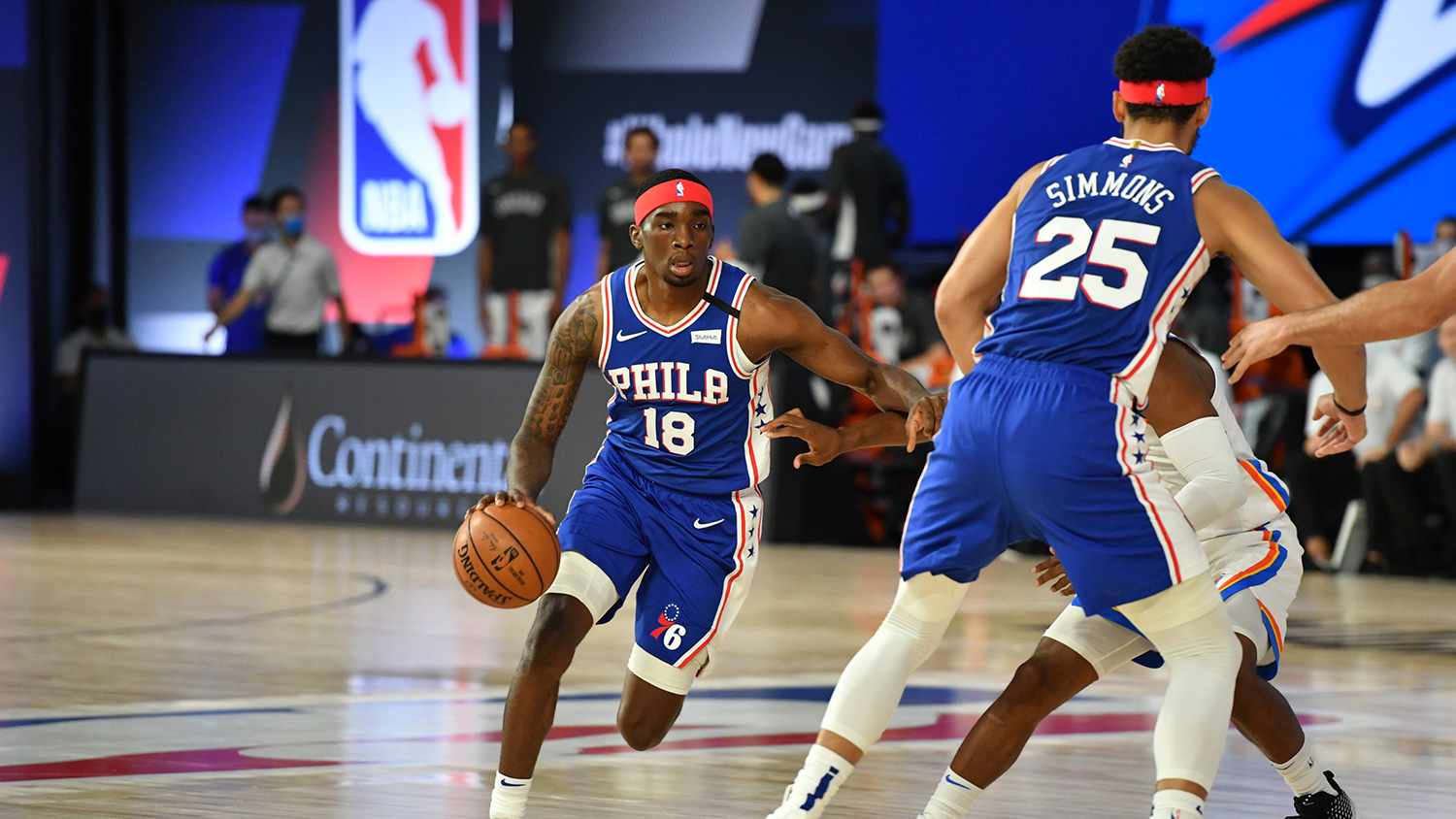 Biggest Takeaways From 76ers' Three Scrimmages Ahead Of Season Restart

All 22 NBA teams participating in the Orlando bubble had three scrimmages or “tune-up” games before the regular season resumes on Friday, June 30th. For the 76ers, the team went 1-2 with various lineups being implemented from start to finish. One major thing that the NBA world took notice of was Ben Simmons shooting three pointers with confidence.

Let’s take a look at how the team fared in all three games:

1st Game vs. Memphis Grizzlies:  83-90 W (1-0)
This game featured 10 minute quarters, which the NBA used for each of the team’s opening scrimmage. Brett Brown looked to unveil a new offensive scheme, with the whole team healthy, that placed Ben Simmons at the elbow of the free-throw line working out of the post. He looked to post-up smaller defenders, drive and kick to open shooters when doubled and plenty of DHOs (dribble hand offs) with Shake Milton. With Milton bringing the ball up and initiating the offense, Simmons also found himself spotting up in the corners rather than the “dunkers spot” closer to the rim. He still took the ball up on occasion, most of the time when he got the rebound and looked to push when the team had numbers.

Teams keep going under screens on Shake Milton and he keeps making them pay. Looks like he gets robbed of a pretty clean steal too pic.twitter.com/ZG9agJNDTW

Joel Embiid was also operating in a somewhat new role, in multiple high-screen sets with Milton as the ball handler. Embiid tended to pop to the free-throw line, rather than role to the paint for a mid-range shot. As Coach Brown hinted at before the scrimmages, we saw Al Horford and Embiid on the floor together, however it was for a mere two minutes. Furkan Korkmaz and Horford were the first options off the bench followed by rookie Mattise Thybulle. The team led by as much as 29 in the first half, even with some of the team still shaking off the rust. Memphis played their starters till the end of the game, which resulted in the score being much closer than the game really was. Overall, it was a great first showing against real competition as the team looks to make a deep playoff run.

2nd Game @ Oklahoma City Thunder: 97-102 L (1-1)
Joel Embiid was ruled out after having some discomfort in his calf during the Memphis game and tightness before the game against the Thunder. This placed Al Horford back in the starting lineup, this time in the center position. The Sixers led in this game by as much as 24 before halftime and played very aggressive defensively from the tip, denying off-ball. Ben Simmons looked stellar in this game, posting a stat line of 14 points, 11 rebounds and 9 assists, all while guarding OKC’s top offensive threats in Shai Gilgeous-Alexander and Chris Paul. The team shot well from three, combining to shoot 35.7% (15/42) with Al Horford shooting 4/5 and Alec Burks and Shake Milton each making three a piece.

Al Horford is 3/4 from deep so far in this first quarter pic.twitter.com/Ogw31CEpdL

Korkmaz and Thybulle were the first two off the bench in this game as well, however Norvel Pelle’s rim protection was what the team needed off the bench. He tallied four blocks, with many other shots being affected throughout the contest. In the second half the offense seemed to stall with a lineup that featured Milton, Korkmaz, Thybulle, Glenn Robinson III and Pelle. The lack of playmaking showed as the lead slowly dwindled away and variations of this lineup only scoring 16 points in the fourth quarter. Free throw shooting (10/18 – 55.6%) and blocking out, allowing 14 offensive rebounds, hurt the team throughout the course of the game. The new scheme on offense looked more in sync with the starters on the floor, albeit without Embiid

3rd Game vs Dallas Mavericks: 118-115 L (OT) (1-2)
After colliding with a Thunder player, Glenn Robinson III was ruled out, along with Raul Neto and Joel Embiid, each for a second straight game. The team came out cold, shooting 3/22 and looked sloppy throughout the first quarter. This poor shooting lasted most of the game: Ben Simmons shot 2/10, Josh Richardson 1/7, and Furkan Kormaz 3/12 (1/6 from three). Dallas led by as much as 15 midway through the second quarter, however the Sixers flipped the switch, with their biggest lead of 10 points in the third quarter. Defense turned the game around for the 76ers, as Ben Simmons frustrated Luka Doncic early on and Mattise Thybulle was a major pest off-ball.

After a bad first half, shooting 1-9, Al Horford came out aggressive in the third quarter and put up a quick 11 points. The team shot 14-23 overall in the third, which allowed them to take the lead, however Dallas’ high scoring offense kept on chugging. Kristaps Porzingis torched any and all 76ers big men early from all over the court with 14 points and 10 rebounds in the first half. The Sixers stifled the Mavericks three-point shooting, holding them to 12/41 (29.3%), however they only shot 11/37 (29.75) from deep. The bright spot for the Sixers was Mattise Thybulle stepping up in the second half, knocking down back-to-back three’s and a steal which led to an easy dunk. The team only had 11 turnovers as well, the lowest of all three scrimmages.

With Embiid likely returning to the lineup for their first seeding game against the Indiana Pacers on August 1st, the team should try to work out any remaining kinks in their new offensive scheme. Coach Brown will also shorten the rotation for the seeding games and then again for the playoffs, so watch for players like Alec Burks and Glenn Robinson III fight for the last rotation spots.