Leon Draisaitl Believes Kailer Yamamoto "Has Been Great" For Oilers 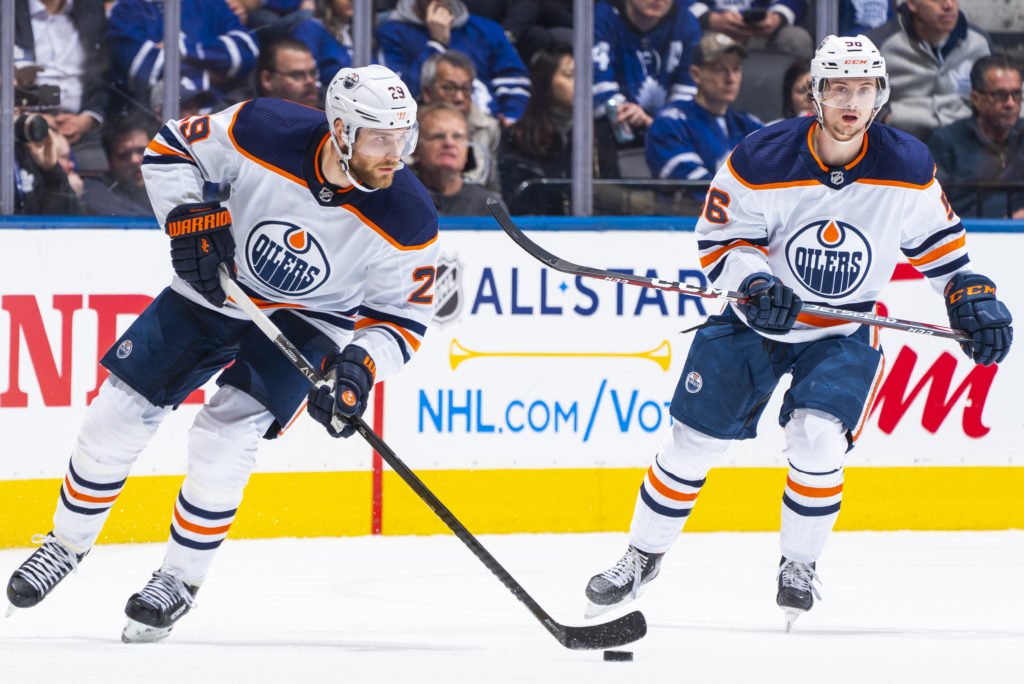 Leon Draisaitl Believes Kailer Yamamoto "Has Been Great" For Oilers

On New Year’s Eve, forward Kailer Yamamoto made his season debut on the right wing with Leon Draisaitl and Ryan Nugent-Hopkins. The duo of Draisaitl and Yamamoto, since that night, has been inseparable. The two have combined to give Edmonton their best secondary scoring line in years, and have changed the complexion of the team’s offensive attack.

Draisaitl is a big believer in Yamamoto, who started the season in Bakersfield of the AHL. The diminutive forward scored 26 points (11 g, 15 a) in just 27 NHL games following his recall in late December.

“He’s been great,” Draisaitl began on Thursday when speaking to the media. “He’s been amazing obviously, he’s helped our team a lot, be a lot deeper. I think we’ve built some chemistry, which was nice.”

That’s an understatement. Draisaitl completely changed the narrative of his career when playing with Yamamoto. Once seen as Connor McDavid’s ‘sidekick’, Draisaitl took over his own line and thrived. In fact, Draisaitl’s trio was arguably the best second line in the NHL in 2020.

Not only that, but the big German won the Art Ross Trophy as the top scorer in the NHL. He is also nominated for the Hart Trophy and Ted Lindsay Award.

In his opinion, Yamamoto has thrived because of his playing style. Draisaitl believes it is perfect for the modern NHL.

“I think his game is just that modern game, you know? He’s fast, he’s feisty, he plays on the inside and with that he has the ability to make plays, little plays, that are hard to make in the NHL nowadays,” Draisaitl continued. “He’s a very fun kid to play with.”