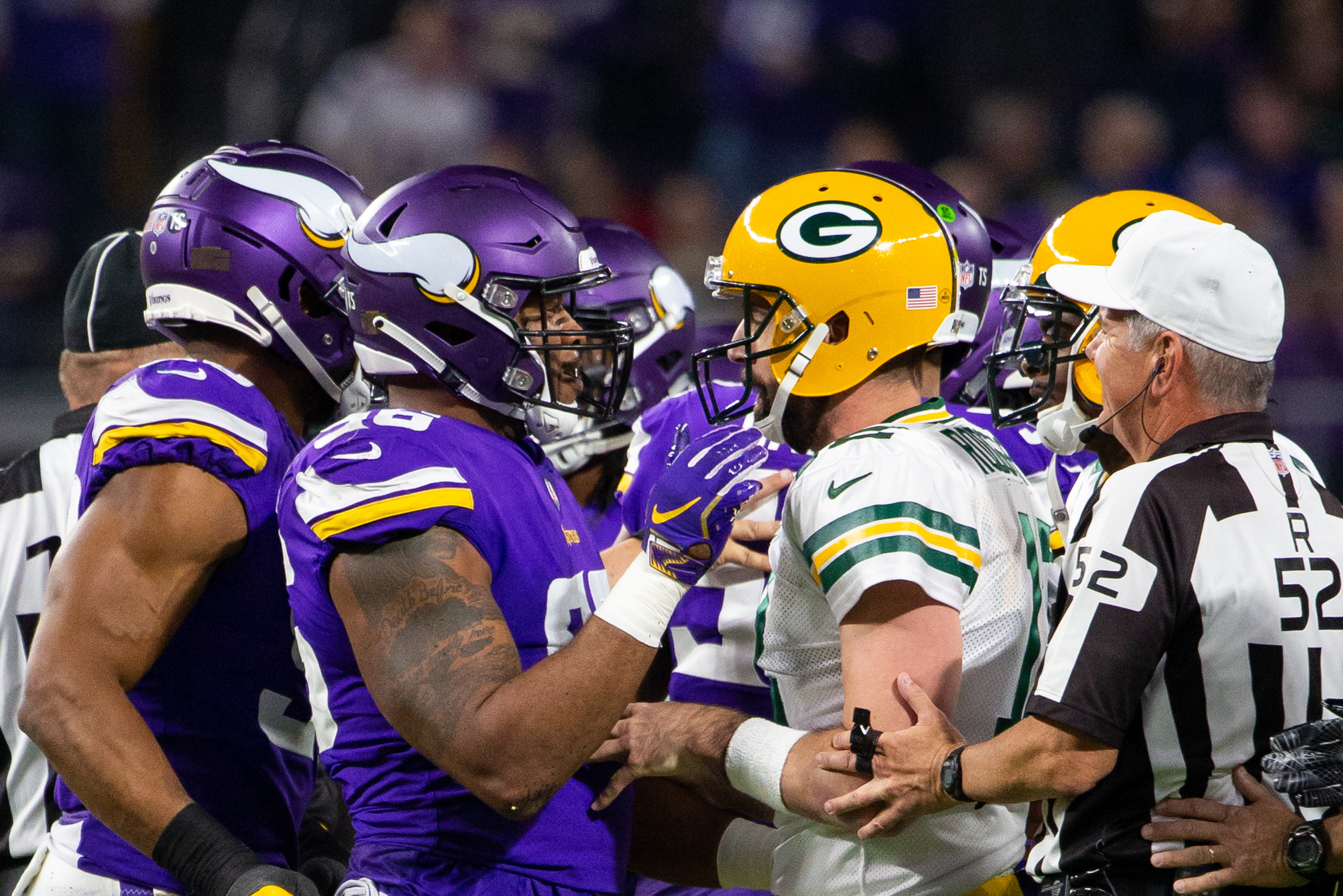 In recent days, stories have broken indicating the Green Bay Packers and former Vikings defensive end Everson Griffen have a mutual interest in possibly bringing the Pro Bowler to Green Bay this season. While Griffen and his agent may be using the Packers for negotiating leverage in their talks with Minnesota, there is little doubt that the former USC star would be a strong short-term addition to the Green Bay defense if they sign him.

Griffen is 32 years old but is still playing at a high level. He made the Pro Bowl in 2019 for the fourth time in the last five years. Last season, he recorded 41 total tackles and eight sacks. He also had 24 quarterback hits and 11 tackles for loss.

In addition to his ability to put pressure on opposing quarterbacks, Griffen is also a good run defender, an area the Green Bay defense certainly needs to upgrade in 2020. Teaming Griffen with Kenny Clark would give the Packers two Pro Bowl caliber defensive linemen and would allow players like Dean Lowry, Tyler Lancaster, Kingsley Keke and Montravius Adams to take on a more suitable role as rotational players. This would also give the team more depth along the defensive line and allow them to keep their linemen fresh throughout the game.

If Packers GM Brian Gutekunst can sign Griffen, the Packers would have one of the NFL’s deepest and best pass rushes. Opposing offenses would have to account for several talented and highly-rated pass rushers throughout the Green Bay defense.

Griffen and Clark would give the Pack two proven pass players along the defensive line. Few defenses feature one outstanding pass rusher in their front three let alone a pair. Clark is one of the few nose tackles who consistently puts pressure on opposing passers from the inside while Griffen lines up more as an end and capably gets after opposing quarterbacks on a consistent basis.

Keke has shown flashes of pass rush ability and if he makes a second-year jump he can give the Pack three capable pass rushing defensive linemen in addition to their edge rushing outside linebackers.

The Packers starting lineup also features two edge rushers who typically line up at outside linebacker. Preston Smith had 12 sacks in 2019 while Za’Darius Smith added 13.5 sacks to lead the Packers. Both Smith Brothers were among the top players in the league at pressuring the quarterback.

The Packers would also have the option of lining up Rashan Gary as a lineman in obvious passing situations or moving Za’Darius Smith to the defensive line to rush the passer in similar situations.

Gary is expected to take on a bigger role on defense in 2020, his second season in the league. He made two sacks in his rookie season. This year, he should be more comfortable playing OLB after playing defensive line in college. If he takes a step forward in year two, the Packers defense would have numerous options to rush the passer.

Pettine loves to keep opposing offenses guessing. If Griffen is added to the Green Bay defense, he could make quarterbacks try to figure out which players are rushing the passer on any given play and which players are dropping back into coverage. This can vary from play to play while the players line up in the same position on the field. Even a momentary bit of confusion can greatly benefit a defense by keeping offensive linemen and quarterbacks guessing who is rushing the passer and who is dropping back into coverage.

Signing Griffen has another advantage as well. It would prevent the Vikings, the Packers highest-rated challengers in the NFC North entering the season, from signing him to a new contract and bringing him back to Minnesota. Not only would the Packers be making their defense stronger, they would be weakening a tough division rival at the same time.

Griffen would not solve all the Packers problems on defense, but he would certainly improve the run defense and give Pettine more elite weapons to rush the passer. That would make the Green Bay defense one that few opposing teams would want to face on any given Sunday and give Matt LaFleur’s team a leg up on the competition in the tough NFC playoff race.