Your Morning Dump... Where basketball is back and we have questions 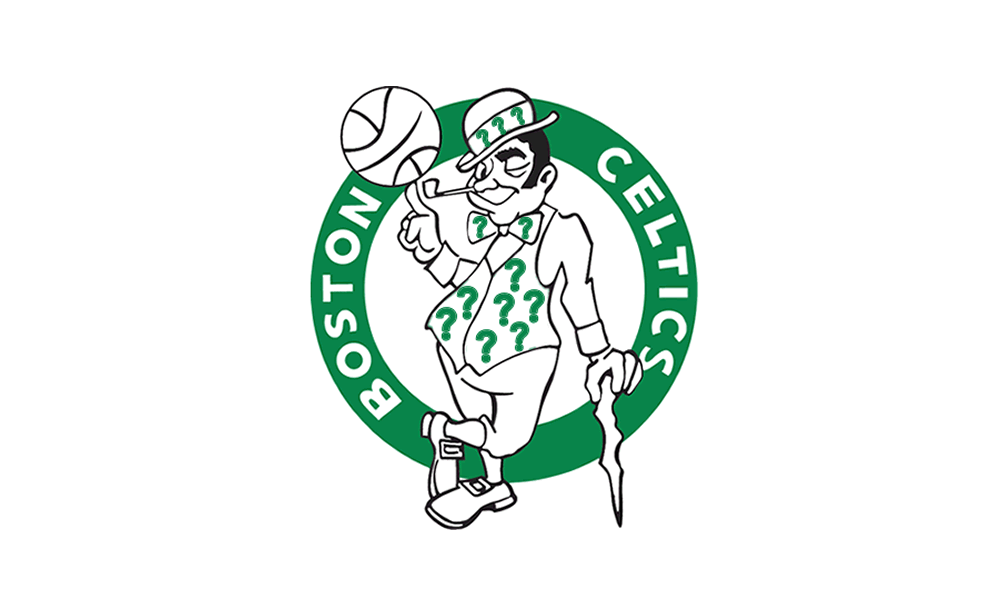 Your Morning Dump... Where basketball is back and we have questions

February Tatum: How appropriate that 2020 was a “leap” year because that’s exactly what Tatum completed here. Enough so that LeBron James dubbed him an “absolute problem” after Tatum’s 41-point outburst inside Staples Center against the Lakers. Tatum earned the NBA’s Player of the Month award while averaging 30.7 points over 37.2 minutes per game in a 12-game month.

March Tatum: Tatum produced two more 30-point outings, including one in Indiana the night before the NBA season paused due to the coronavirus pandemic. Celtics fans lamented the timing of the stoppage given the obvious momentum that Tatum was playing with before the break.

We know what Tatum is capable of—but the hallmark of great players isn’t individual performances, it’s consistency, and not coincidentally, consistency is one of the things that young players struggle with most.

Recall that Tatum started the season off kind of slowly, so I wouldn’t be surprised to see a bit of rusty play from Tatum in the early going here. Fortunately, the Celtics do not absolutely need Tatum at the top of his game until the playoffs are well and truly underway.

Tom Westerholm has three questions about the bench:

Who gets playoff minutes?

I think Romeo Langford might be sneaking further up the depth chart than Westerholm has him placed. A key comment came from Brad Stevens earlier this week: “Some guys are showing some things that I think can make our best players better. Those will be the guys that end up in the rotation…the guys that can bring out the best in our best players.”

It’s an interesting change in tone from a guy who’s consistently said that defense is the way to earn playing time, and it may be well justified by the odd construction of the Celtics’ lineup. With an especially talented starting unit that lacks a true superstar, the key to winning games, as highlighted below, means stretching out those starter minutes as much as possible–having at least one or two starters in the game almost all the time–and in order to make that work, you need bench guys that can slot into the lineup without minimizing your strength–that you have four fringe All-Star guys in your starting five.

How will Semi Ojeleye shoot from behind the arc?

Defensively, his athleticism and stature make him potentially as versatile as anyone on Boston’s roster — he can switch onto guards and body up against bigs. Naturally powerful, almost all of Ojeleye’s workouts revolve around maintaining flexibility and coordination despite his heavily muscled frame.

If he provides reliable shooting, he will get major minutes, and he could put himself in line for a modest-but-respectable pay day as a free agent next year.

I wonder if we’ll remember this era of NBA play fondly–and I also wonder what will happen next. The hand-check era of basketball, the overly defensive period that was simultaneously marred by work stoppages and off-court drama (and which also featured horrifying court designs and a near universal switch to weird new logos and color schemes), is not remembered fondly—except by Lakers fans. Will there be a similar reaction against this era’s “everybody shoots threes all the time” style of play, with the ugliness that goes along with average players routinely missing around 60% of the shots they take.

But, while this style of play is in effect, there will be a market for the “three-and-D” guy, and Semi just needs to improve the 3 aspect of his game. 36% is a respectable number for a bench guy; however, he’s not even averaging one shot per game. If he can hold that percentage through increased volume, his value to the C’s jumps significantly, as he’s already a plus defender (per BB reference’s DBPM stat).

Which of the stars plays best with the bench?

This year, lineups without any of Boston’s top four scorers got hammered: They were outscored by 27.2 points per 100 possessions. The good news for the Celtics is that while they managed minutes, they still were only forced to play 54 non-garbage time possessions without their stars, per Cleaning the Glass

One more thing to keep an eye on: Lineups with Hayward and Tatum (but no Walker or Brown) are +17.5 in 332 possessions with elite numbers on both sides of the ball. Keeping one of Hayward or Tatum on the floor would help. When the Celtics can play both at the same time, everything flows smoothly.

And, of course, this just goes back to what Stevens said earlier: Bench players are going to get minutes based on how well they play with the starters because statistically, the bench has played with at least one starter over 98% of the time.

Page 2: Where Kemba’s minutes restriction is “set in stone”

In the event Walker believes he’ll be able to find his way into more early minutes than the plan allows, he should think again.

“Set in stone — 14-20,” said Stevens. “Kemba will be really happy with me when he hits somewhere between 18 and 20 I’m guessing. But he knows, I mean, we’ve covered it. The most important thing is his knee, his strength, you have to be able to build up appropriately. He’s done that in the last couple of weeks in practice.

“Maybe even a little ahead of schedule to be considering that he’s playing that many minutes in Game 1 with where we started earlier a couple weeks ago. But his strength of his knee and his ability to get in condition to play at the level that he wants to play by the time the playoffs start, this is part of the path and we’re going to stick with that.”

The C’s have very little to play for during these seeding games. The two seed is effectively the same as the three seed in a second round matchup consisting of virtual crowds and video boards. True, the C’s would likely prefer an easier first round opponent, and the drop off from the #6 seed to the #7 seed is precipitous (Philadelphia is in the #6 spot at 39-26, the Nets are in the #7 spot at 30-34). But landing the #2 seed would require the unwilling cooperation of Toronto, which would have to drop three games in the standings over the eight game seeding schedule–a highly unlikely prospect.

And one of the things to remember about the NBA is how rarely low seeds upset higher seeds. Six seeds have beaten three seeds only three times in twenty tries over the last ten years. By the time the playoffs roll around, enough basketball has been played that even if the gap in the standing between 6 and 3 isn’t great, it still means something most of the time.

Finally: The Far Side is back

So here goes. I’ve got my coffee, I’ve got this cool gizmo, and I’ve got no deadlines. And—to borrow from Sherlock Holmes—the game is afoot.

Five years ago, Berke Breathed brought back Bloom County on a semi-regular basis. Now all I’m missing is Calvin and Hobbes.

NBC Sports: Forsberg: Jaylen’s voice much more impactful than his improved game | Forsberg: The one guy the Celtics need to thrive 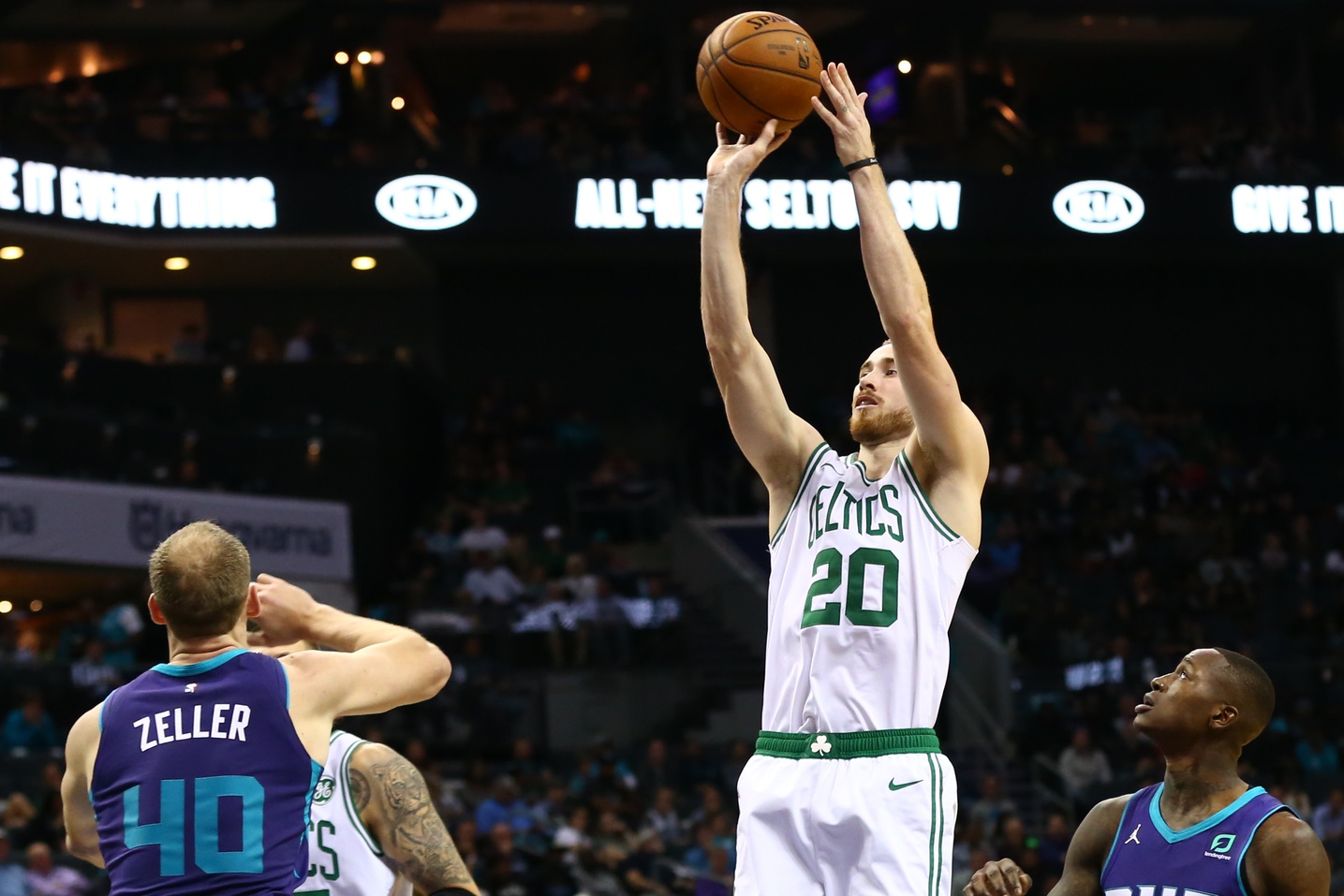