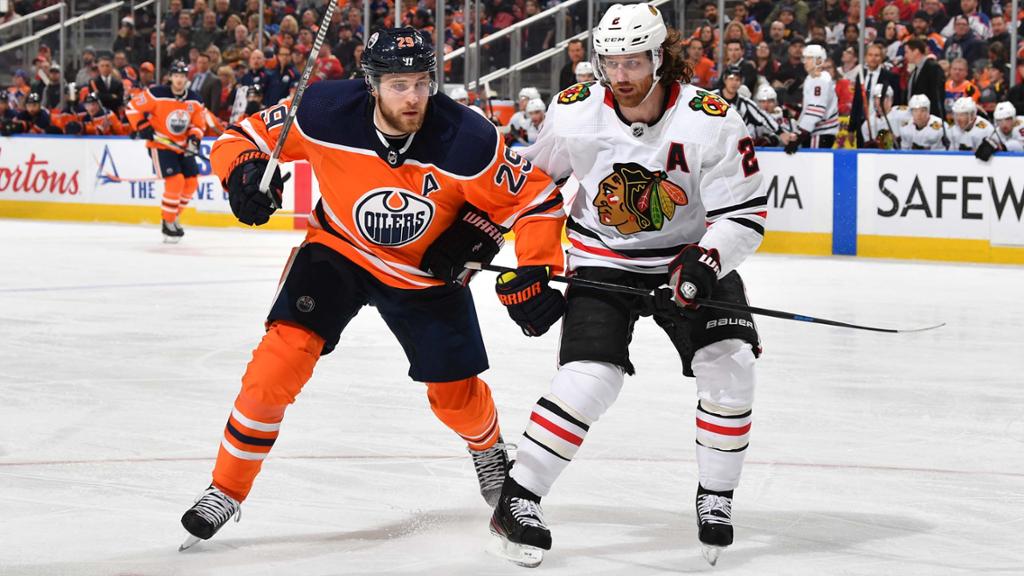 It’s here. Nearly four months after they were supposed to start, the 2020 Stanley Cup Playoffs get underway with the Qualification Round in Toronto and Edmonton. The 5th seeded Oilers open their best-of-five series with the 12th seeded Chicago Blackhawks at 1:00 pm MT. The winner of the series moves on to the Stanley Cup Playoffs. Those start on August 11th.

The Blackhawks took two of three meetings this season, with the home team wining all three contests. The Oilers are technically the home team today, and will play inside their home building, but for all intents and purposes this is a neutral site game.

Mikko Koskinen is expected to start for the Oilers, but Dave Tippett has yet to name his starter. Corey Crawford, although not confirmed, will start for the Blackhawks.

Edmonton: Lock in. The Oilers are the better team everywhere except in net. That should translate to a series victory. Anything can happen in hockey, but the Oilers should have a big advantage here. That said, they cannot be thinking that way. The Oilers need to lock in from the opening puck drop and prove they deserve to be here. A number of experts are calling for an upset here. The best way to prevent that is to show up and play their game.

Chicago: Stay discipline. If this becomes a special teams battle, the Hawks will be back in Chicago by Friday. They simply cannot compete with the Oilers on the powerplay or penalty kill. Five-on-five, however, is a different story. The Hawks were actually a better five-on-five team during the duration of the season, and carried the play in that game state during the three meetings. An even strength battle gives Chicago a fighting chance.

Edmonton: The Oilers need someone in the bottom-six to step up and produce. Andreas Athanasiou, acquired at the trade deadline, is the perfect candidate. He has speed and a high skill level. In fact, he did score 30-goals during the 2018-19 season. There’s a track record of production here. If Athanasiou gets hot, the Oilers could be poised for a deep playoff run.

Chicago: Lets be honest. Game 1, and quite frankly the series, comes down to Corey Crawford. If Crawford struggles, the Blackhawks have next to no chance. If he can play at a high level, which he did in 2020 and has done in the playoffs forever? Look out. Crawford is the X-factor today, and will remain it throughout the series. He’s the most important player on either side.

Teams were allowed to dress 20 skaters as opposed to 18 during the exhibition games this past week. That won’t be the case today. Back to a standard lineup we go. Luckily for the Oilers, there won’t be many tough decisions to be made.

The only question marks is at third-line center and sixth defense. The expectations is that Riley Sheahan will play, but if he can’t go Gaetan Haas will replace him. Kris Russell is expected to beat out Caleb Jones for that last spot on defense. Jones simply couldn’t stay on the ice because of a positive COVID test and then minor injury during Phase 3.

Much like the Oilers, the Blackhawks are splitting up their top two forwards. Jonathan Toews and Patrick Kane will be on separate lines today, and likely will remain that way throughout the series. Calvin de Haan (shoulder) returns from injury today, while Connor Murphy (groin) is in after a scare during Phase 3.

Brent Seabrook (hips, shoulder) did not travel to the hub. Andrew Shaw (concussion) also is out for the playoffs.

This will be the 5th postseason meeting between the Oilers and Blackhawks. The sides met in 1983, 1985, 1990 and 1992. The Oilers won the first three series, while the Hawks won in 1992 en route to a Stanley Cup Final appearance. All-time, the Oilers have a 12-8 record against the Blackhawks in playoff tilts, and a 3-1 series advantage.

Special teams advantage? Chalk it up to the Oilers. After finishing first in powerplay success and second on the penalty kill, the Oilers proved lethal in both areas on Tuesday night against the Flames. Against Chicago this season, the Oilers converted 43% of their powerplays (3-for-7) and killed all eight penalties they took. Not bad.