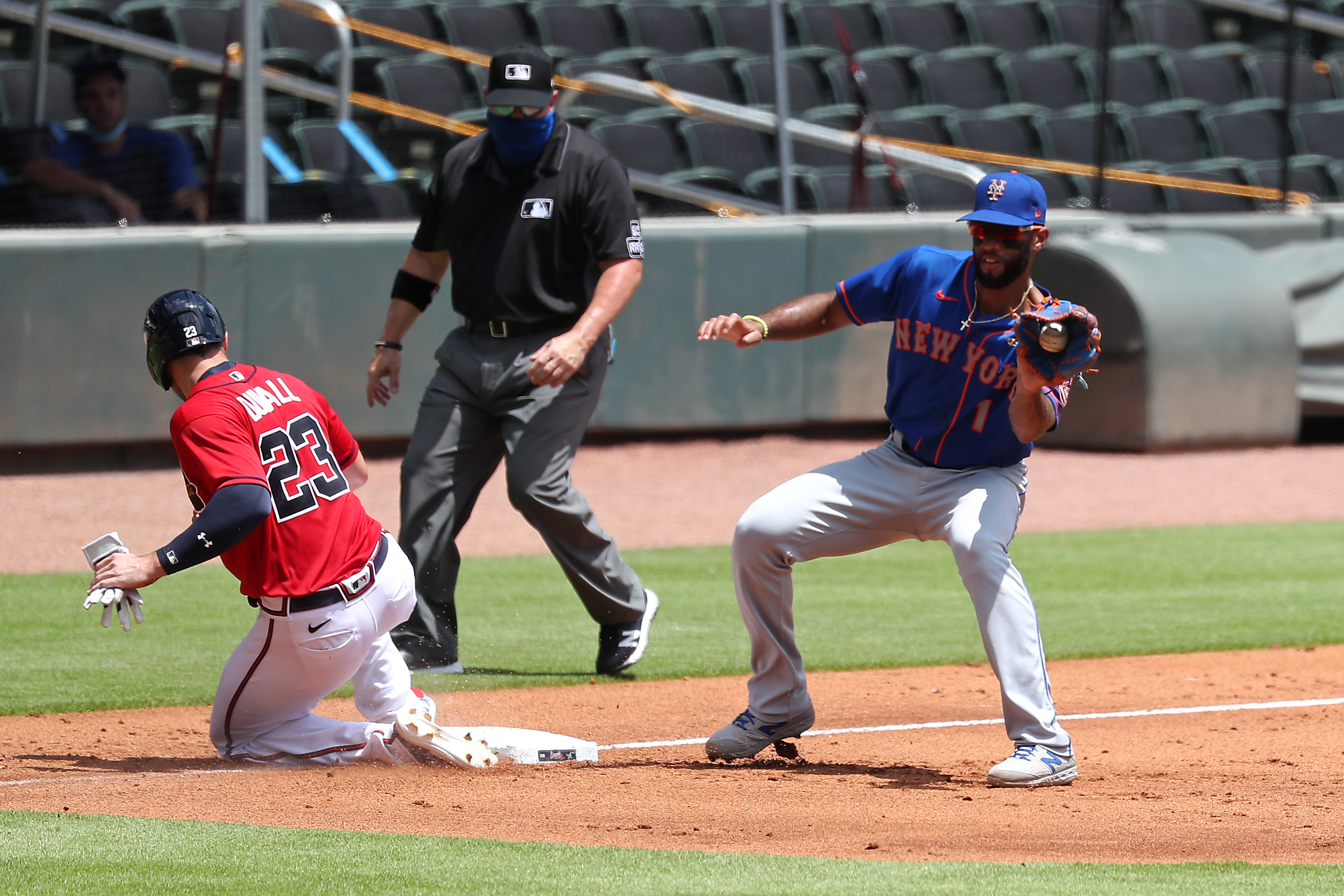 The New York Mets (3-7) certainly have to hope that yesterday was rock bottom for the 2020 season. While the team’s fifth straight loss was a disappointment, the headlines came off the field as Yoenis Cespedes opted out of the season in a way that created more circus-like vibes for an organization that is all too familiar with that perception. The Mets will look to move forward by snapping their skid and salvaging the finale of their four-game series with the Atlanta Braves (7-3) tonight. First pitch for tonight’s game is scheduled for 7:10 p.m at Truist Park.

The Mets will send their ace, right-hander Jacob deGrom (0-0, 1.64 ERA), to the mound tonight. deGrom was in line for a win in his last outing, holding the Boston Red Sox to two runs in six innings last Wednesday, but was denied a win when the bullpen blew a 3-2 lead after he left the game. The Mets ended up falling 6-5. The Braves will counter with righty Mike Soroka (0-0, 1.59 ERA). Soroka had a tough time against the Tampa Bay Rays last Wednesday, allowing three runs (two earned) in 5.1 innings of work and did not factor in the decision. Atlanta went on to win the game 7-4.