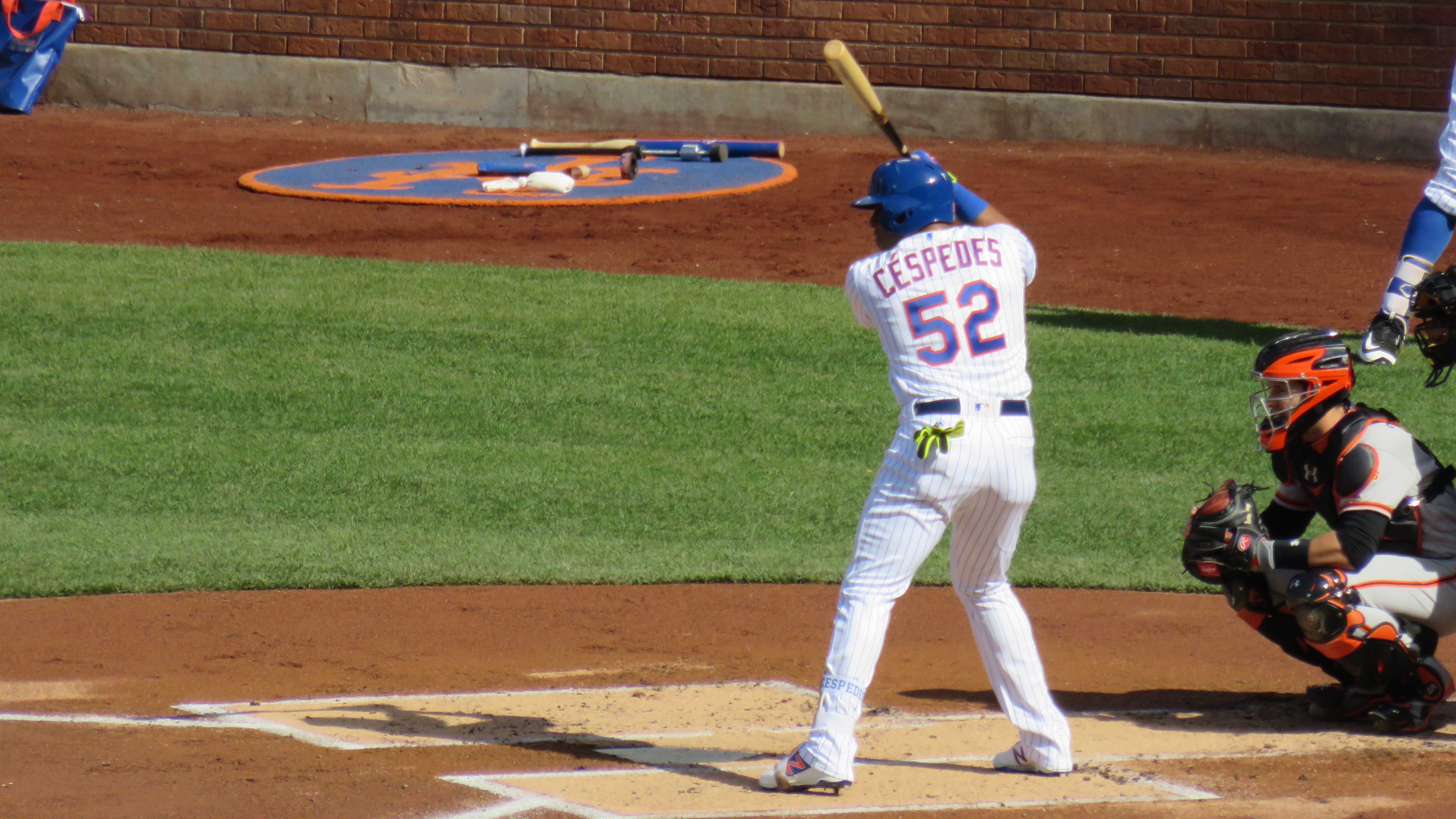 This is one of those times where I’m glad I was forced to marinate on this for a while. Because I am a Yoenis Cespedes fan and I always will be. And while I am a Mets fan, I’m in no way a fan of the Mets organization, if that makes sense. If you’re a Mets fan, of course it makes total sense. But I’m really going to try to put most of my biases aside for the sake of fairness.

Sunday’s game was going down a bad path from jump. The Mets stranded a cruise line on the bases early, the Braves scored early, and that was pretty much that. But before we could get upset about what was going on off the field, the Mets put out a chilling statement about Yoenis Cespedes:

BREAKING:
Statement from Brodie Van Wagenen – “As of game time, Yoenis Cespedes has not reported to the ballpark today. He did not reach out to management with any explanation for his absence. Our attempts to contact him have been unsuccessful.”

Okay, so when a team is in a road city and a ballplayer is unaccounted for, lately that has meant that said ballplayer is dead. Sorry to be blunt, but seeing a statement like that immediately brought me back to Darryl Kile and Tyler Skaggs, two players that were on a road trip and died in their hotel rooms. There was a real concern for Yoenis’ safety, and with good reason.

But what struck me odd was that if something was seriously wrong with Cespedes, you would think there would have been concern from teammates and team officials before the game started, and more than likely this game would not have started. For a 1:00 game, Players will roll in about nine in the morning to get ready, maybe a little later for a day game after a night game. So how does a statement come out in the second inning? And all the while the Mets are still playing baseball and Gary and Keith, after reporting the news, went back to being in a jovial mood? What in the absolute hell is going on here?

With everybody in a panic about whether Cespedes is dead or not, the Mets then leak this the media:

Mets have learned they have no reason to believe Cespedes’ safety is at risk, according to a source with knowledge of the situation.

And yet … they still have no idea where he was, which makes absolutely zeros sense. The Mets must have realized that they scared everyone to death unnecessarily with their original statement, which Brodie said was released to be transparent in real time, but he had to know how ominous that sounded which probably brought about the lead that there was no reason to believe Cespedes’ safety was at risk.

So here we are speeding down the highway, blowing by the exit to Omar Minaya vs. Adam Rubinville, taking note of the faded and flckering neon signs on Matt Harvey Boulevard in the distance, and noticing the faded billboard which hawked 2-for-1 memberships to the Tony Bernazard Fight Club, we wondered where this long strange trip would end. (Certainly not in Tom’s River, NJ … that exit was blocked.) Well, it ended with the end … the end of Cespedes’ career as a Met as he abruptly opted out of the season.

.@GMBVW addresses the media to discuss Yoenis Céspedes’ decision to opt out of the 2020 season.

As for Cespedes, look … everything about Yoenis Cespedes’ Mets career was spectacular. Why would the end be any different? But for the same reason Brodie shouldn’t have put out a statement and scare anybody to death, Cespedes should have communicated his intentions and feelings better. (Dude, we thought you were dead.) If for no other reason than that, he probably should have told his bosses what he was doing. And if he did, and the Mets screwed this whole thing up worse than we imagined (which I would believe and it wouldn’t take much), then he should have said something immediately. The problem now is that anything that Cespedes says on Monday or beyond will seem like damage control, especially if it comes from his agents.

Other than that, Cespedes had every right to opt out of the season because of concerns with COVID-19. The shame of it is that this was supposed to be the season that was tailor made for him to return to prominence, and perhaps carry the Mets on his broad shoulders one final time. Instead, he rides off into the sunset on his horses and his Polaris Slingshot, maybe never to be heard from again. Thus, a chapter in Mets history that started a World Series appearance, now finishes they only way it could: spectacularly and strangely.

The post mortems and scandalicious sidebars are already coming in, ranging from the Carig/Britton tandem at The Athletic …

The team issued that first statement during the day, even without complete information on the well-being and whereabouts of Céspedes, in an effort to be “transparent,” Van Wagenen said, without “any other hidden agenda.” Issuing such a statement in the middle of a game is highly unusual; the Mets did not do it, for instance, when Matt Harvey did not show up for a game in 2017. The team was not especially transparent after the game Sunday, given that Van Wagenen’s Zoom press conference was halted with questions still in the queue and the only player provided for media access was rookie pitcher David Peterson.

It doesn’t speak well of management to be so blissfully unaware of a star’s thought process, but this isn’t the first time that’s been the case for the Mets — or even for the Mets with Céspedes. A little more than two years ago, Céspedes revealed to the media after a game that he was seriously contemplating surgery on both heels that would keep him from the field eight to 10 months. The Mets, with a different front office at the time, claimed it was the first they’d heard of it — even though two weeks earlier they had labeled his heel problems as “chronic.” The next day, no one with the club even confronted the idea.

…multiple sources confirmed that twice in the first nine games of the season, Cespedes confronted Mets officials concerned about playing time and that he would be kept out of lineups to prevent him from reaching lucrative performance bonuses. One of those came Saturday, when Cespedes first talked to Luis Rojas and then Brodie Van Wagenen about his playing status and bonuses. Then Cespedes knew before the buses left for Truist Park on Sunday he was not in the starting lineup and he never showed for the game against the Braves, triggering a bizarre day even for the Mets

I only hope that with the passage of time, history will shine a good light on the exploits of Yoenis Cespedes while wearing the blue and orange. Star-crossed? A little. Enigmatic? Perhaps, if you have a broad definition of the term. Dull? Hardly. Successful? Without him, we’d still be waxing poetic about our last World Series appearance in 2000.

“Just like that, he’s gone. Things can change so quickly. One second you’re in the present, the next you’re remembering the past.” -Janet Gurtler

Be well, friend. Remember the good times. The rest will fade.

Oh by the way, the Mets traded for Billy Hamilton.