Milton, Richardson bounce back against Spurs 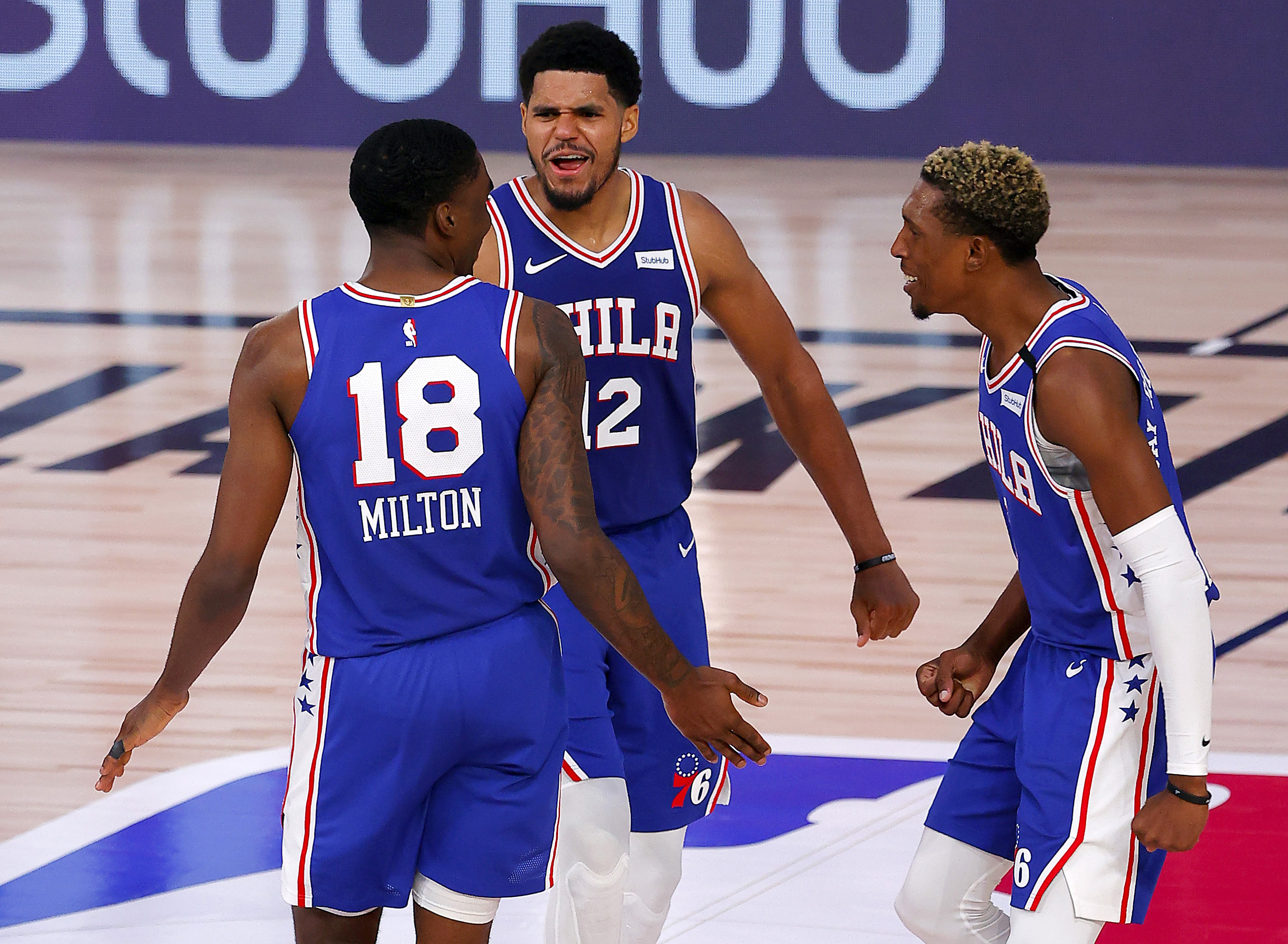 Milton, Richardson bounce back against Spurs

The Philadelphia 76ers’ starting backcourt of Shake Milton and Josh Richardson struggled on Saturday night against the Indiana Pacers. Milton, who was named the team’s point guard last month, was in foul trouble early and had to deal with T.J. McConnell.

McConnell pressured Milton into some uncharacteristic turnovers, which ultimately led to a heated argument between him and All-star center Joel Embiid.

Then to make matters worse, Milton was held scoreless and did not take his first shot attempt until the second half.

Simply put, it was a game to forget for the second-year point guard. His fellow teammate in Richardson didn’t fare any better either against Indiana.

The 6-foot-5 shooting guard only scored four points, had three turnovers, and struggled defensively as the Pacers’ backcourt of Aaron Holiday and Victor Oladipo had their way (30 combined points).

There was also T.J. Warren, who scored a career-high 53 points on 20-of-29 shooting from the field and 9-of-12 from three-point range.

With all that being said, things could only go up from here for the Sixers’ starting backcourt. On Monday night, Milton and Richardson flipped the switch in a huge way against the San Antonio Spurs.

The former SMU standout confidently knocked down the game-winning three-pointer in the waning moments of the fourth quarter, giving the Sixers’ a tight 132-130 win over the Spurs.

Milton finished with 16 points (6/9 FG, 2/4 3pt FG), five rebounds, three assists, and one turnover in 26 minutes played. Additionally, Richardson was Philadelphia’s third-leading scorer with 19 points on 5-of-15 shooting from the field and a perfect 6-for-6 from the free-throw line.

Before Monday night’s game, Sixers head coach Brett Brown challenged Richardson to leave his mark on the game, and he delivered on both ends of the floor.

Both players needed a bounce-back game and it happened when the team was staring at another loss due to giving up 40-plus points in the fourth quarter.

“He’s been working really hard this season,” Embiid said about Milton (h/t ESPN). “He’s been showing up. That was a big shot he hit. He gave us the win. I’m extremely happy for him.”

Richardson echoed the same sentiments after the game about the 23-year-old’s performance.

“From the beginning of the season to now, he’s a different player. Before the pandemic and everything happened, his confidence was growing at the end of the season.”

“Hopefully, we can keep nurturing that, because he’s a young player and there are going to be ups and downs,” Richardson said (h/t NBC Sports Philadelphia). “But if I can stay in his ear, if guys can stay in his ear just to stay positive and keep pushing, I think he’ll be all right.”

For the Sixers to make any noise in the playoffs, they will need Milton and Richardson to play confidently on both ends of the court.

Now granted, they won’t combine for 35 points every night. But if they can provide those special moments and stay aggressive, then that should help Embiid, Tobias Harris, and Ben Simmons.