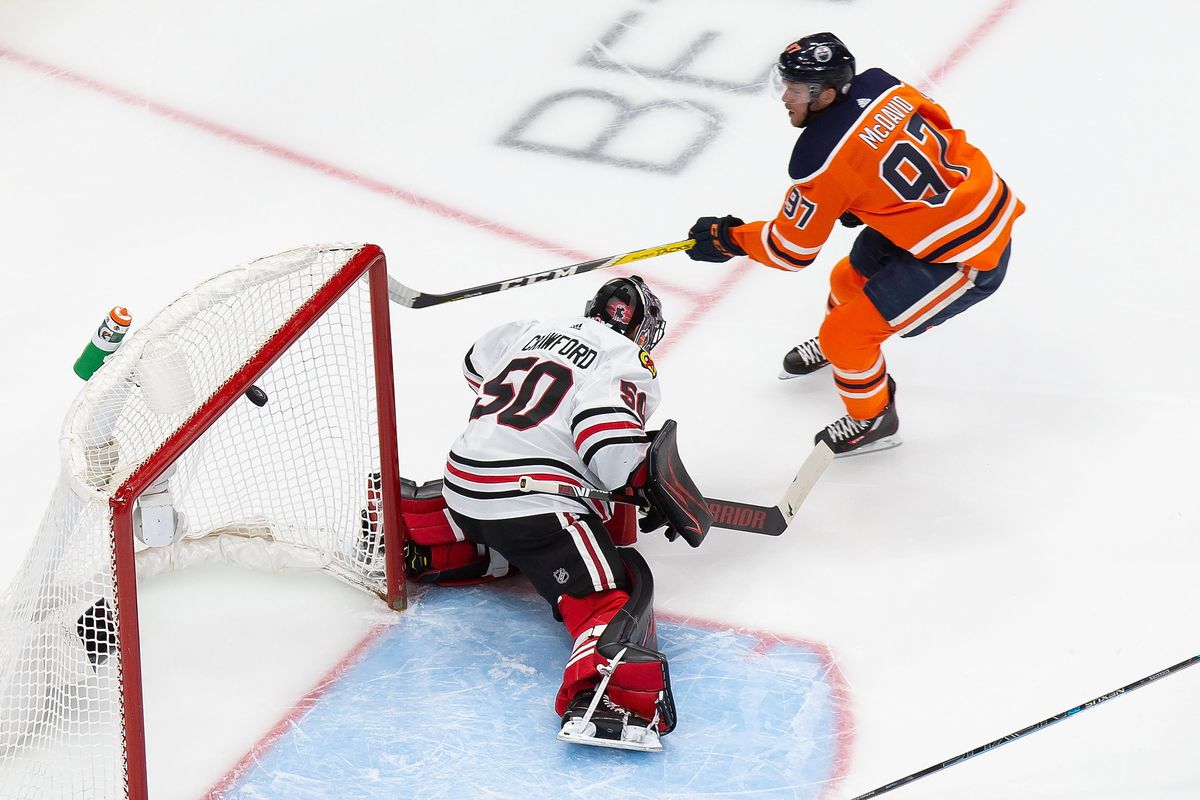 After splitting the first two games of this best-of-five series, the Edmonton Oilers ‘visit’ the Chicago Blackhawks in a key Game 3 at Rogers Place. The Oilers are coming off of a much better effort on Monday that resulted in a 6-3 victory. They’ll look to take command of the series tonight.

The Oilers have an opportunity to take charge after controlling Game 2 for 60 minutes on Monday. They were much smarter with the puck, were more physical and were locked in defensively after a mess of a Game 1. They’ll have to be ready for a real push from the Blackhawks early.

Edmonton: Stay focused. The Oilers were able to lock in after their terrible Game 1 performance. They knew they needed to be better, and to their credit they were. They also were not perfect on Monday night. They could still tighten up defensively and make smarter breakout decisions. It’s imperative that the Oilers don’t get too high after their victory and stay locked in. If they do, they should be able to pull out a win in this huge swing game.

Chicago: Get aggressive. The Blackhawks made the Oilers commit all kinds of turnovers in Game 1, and they had Edmonton running around. Why? They were extremely aggressive on the puck carrier and forced quick decisions. They couldn’t find that groove on Monday outside of a stretch in the second period where the Hawks had four straight minutes of powerplay time. They need to get back to what they did in Game 1 and force mistakes from Edmonton.

Edmonton: Leon Draisaitl has three points in two games, but you wouldn’t know it. Kirby Dach has done a good job on the big German superstar at five-on-five. Draisaitl is way too good to be held down for too long, however. He’s due to breakout, and after McDavid’s performance on Monday you get the sense that Game 3 could be Leon’s tale.

Chicago: Dominik Kubalik had a five-point effort in Game 1, but was largely non-existent in Game 2. The Blackhawks need someone outside of their core group to provide offense if they want a win tonight. Kubalik scored 30 goals in the regular season and has the ability to be a factor. He needs to be tonight. Can he find some space, especially on the powerplay?

No changes are expected for the Oilers. Dave Tippett confirmed on Wednesday that Mikko Koskinen will start after picking up the victory in Game 2. Josh Archibald is expected to remain on the top line, while Zack Kassian remains in the lineup after taking Riley Sheahan’s stick to his face on Monday night.

John Quenneville made his NHL playoff debut on Monday night, but will be out of the lineup tonight. He’ll be replaced by Drake Caggiula, who returns after serving a one-game suspension. The Blackhawks lineup will remain the same other than that one change.

“Yeah, I mean obviously we went out (Monday) and we did what we wanted to do,” Ryan Nugent-Hopkins said on Tuesday. “We simplified things and got the job done, but I mean Nealer (James Neal) was saying it right after the game; we can’t get too high, can’t get too low. You have to have the same mentality every single game because every game is a fresh start.  Thought we did a good job of that last night after not one of our best games in Game 1 for sure. Going into tomorrow we have to have that same mindset. We can’t be feeling too good about ourselves after one game. It’s still a long way to go to win the series. We gotta have the same mentality and just keep pushing here.”

The Oilers were not willing to back down on Monday night. The team blocked 22 shots in the 6-3 victory, with a large chunk coming in the second period. The Oilers killed off three consecutive penalties with the game in the balance. That kind of effort and sacrifice was not there in Game 1.

Riley Sheahan has been terrific in the circle during the series. Through two games, Sheahan has won 20 of the 28 face-offs he has taken. That’s a 71.4% success rate. Speaking of high numbers, Connor McDavid has scored four goals on six shots through two games. His shooting percentage? An insane 66.7%.