13 Observations about the 2020 New York Mets 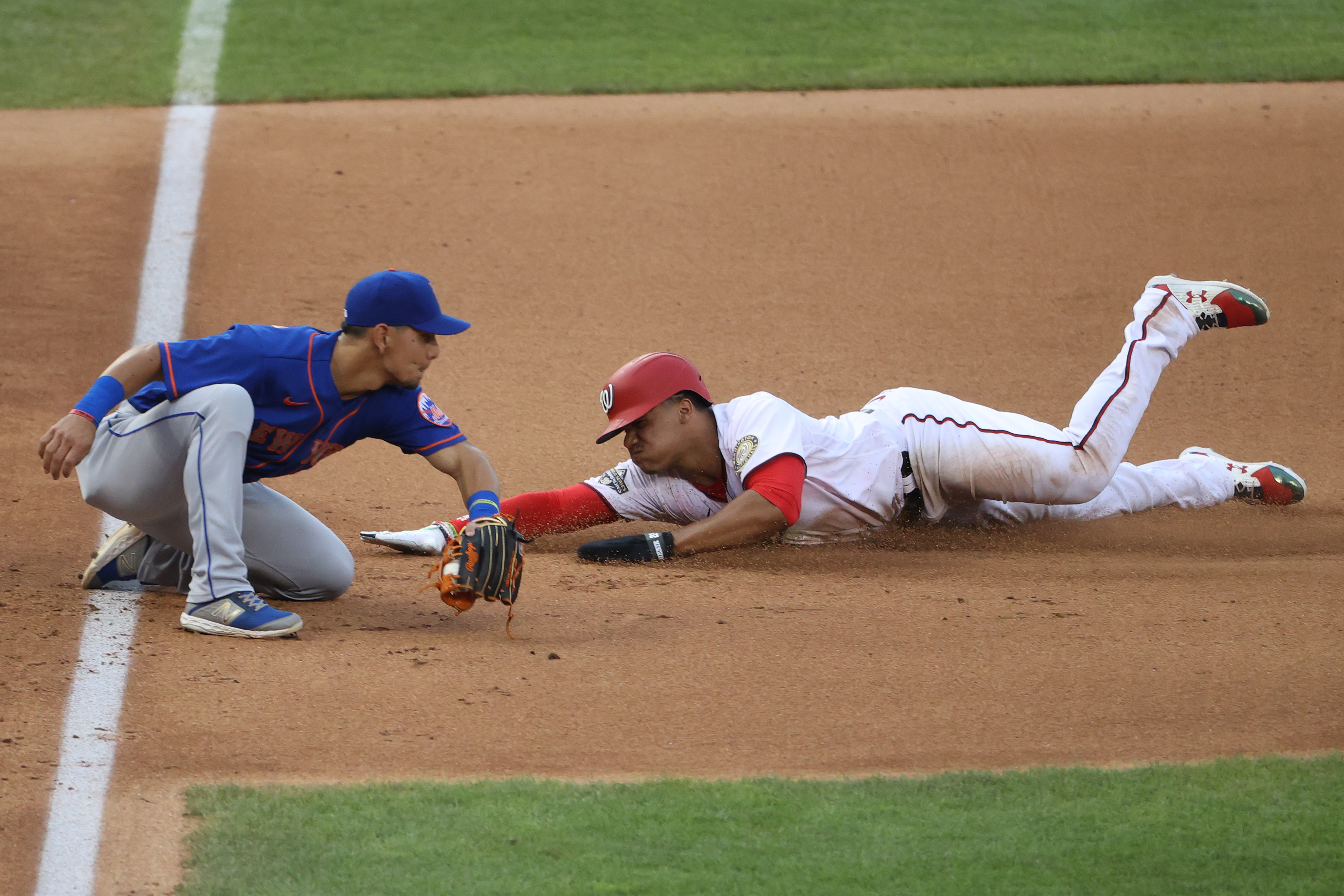 13 Observations about the 2020 New York Mets

For the first time in the 2020 season, the New York Mets will get to catch a break. After playing for 13 straight days, the Mets get their first of six precious off days this season. The schedule will get harder for the Mets again as they are set for another 17 game marathon beginning tomorrow before their next off day, so let’s take advantage of the pause in the action to make some notes of what we’ve seen so far out of the Amazin’s.

The Mets surprised everyone by carrying Gimenez on their Opening Day roster and he has rewarded their confidence in spades. Gimenez has been outstanding defensively and showed some skill at the plate to become an invaluable role player for this team.

The best pitcher in baseball still resides in Queens as deGrom has picked up right where he left off the past two years. deGrom has given the Mets a chance to win every time he has taken the ball, but as usual, only has one victory to show for it.

3. The rest of the rotation is very spotty

The injuries to Noah Syndergaard and Marcus Stroman loom large over the Mets’ rotation right now. Steven Matz, who has been the nominal two, has looked ineffective after a good debut against Atlanta in late July. Rick Porcello delivered two duds before a fine showing in Washington last night while Michael Wacha has also been a mixed bag.

4. David Peterson has stepped up

The Stroman injury ended up creating an opportunity for Peterson, who has looked good in his first two starts of the season. Peterson will need to be a key factor for the Mets next season so this experience he is gaining now will be invaluable.

5. Luis Rojas is still a work in progress

All rookie managers will have a learning curve and Rojas definitely has had his moments. Rojas seems to have a good handle on lineup construction but has made a few notable mistakes in pinch-hitting situations and bullpen management. Time will tell if he improves as a result of these experiences.

6. The bullpen is still a big question mark

We knew entering the season that the Mets’ bullpen had boom or bust potential and it hasn’t disappointed in that regard. Edwin Diaz has already lost the closer’s role and needs to pitch well to regain Rojas’ trust. Seth Lugo, Justin Wilson, Dellin Betances and Jeurys Familia have all had a mix of good and bad results. Youngster Drew Smith has impressed and the additions of injured relievers Brad Brach, Robert Gsellman, and the recent return of Jared Hughes should help.

The biggest area of concern for the Mets right now is the struggles of Alonso, the reigning Rookie of the Year coming off a 53-home run campaign. Alonso seems to be pressing at the plate and hasn’t gotten going despite starting all 13 games the Mets have played.

8. The Yoenis Cespedes era is over

Although the lightning bolt homer on Opening Day was nice it was clear that two years away from the game took a toll on Cespedes. His decision to opt-out of the remainder of the season makes it a bit easier for Rojas to juggle his playing time at the DH spot.

9. Robinson cano still has some life left in his bat

Mets’ fans haven’t been fond of Cano after a poor debut in Flushing but he was the team’s hottest hitter before getting hurt. Cano had hit .412 with a homer and a 1.020 OPS before hitting the injured list, so the hope is that he can pick up right where he left off when he returns.

The Mets don’t often pay much mind to defense in their lineup and it has led to plenty of balls flying over outfielder’s heads when J.D. Davis or Dom Smith is in left field while Brandon Nimmo mans center. Rojas tends to switch guys out for defense late in games but the Mets really need to focus more on a balance of offense and defense from the jump.

The schedule coming out of the gate wasn’t easy for the Mets, who went 5-8 against the Braves, Red Sox and Nationals. The good news for the Mets is that they completed 13 games as planned, meaning they won’t be hit with a bunch of doubleheaders in a condensed schedule as a result of the COVID outbreaks that impacted the Marlins, Phillies and Cardinals.

12. Getting to second place is a ticket to the playoffs

MLB’s expanded postseason format gets eight teams into the postseason in each league, but the golden ticket is really a second-place finish in the division. If the Mets can simply outlast three of their NL East foes and reach second place they are automatically going to play in October.

13. Their schedule should be getting easier

Another point in the Mets’ favor is that their schedule should be lightening up. The Braves, who give the Mets fits, are only on the schedule three more times. The Marlins, who are winning with a depleted roster, are still coming up a ton as well as matchups with Baltimore and Toronto down the line. There is still plenty of runway left for the Mets to get hot and reach the postseason.