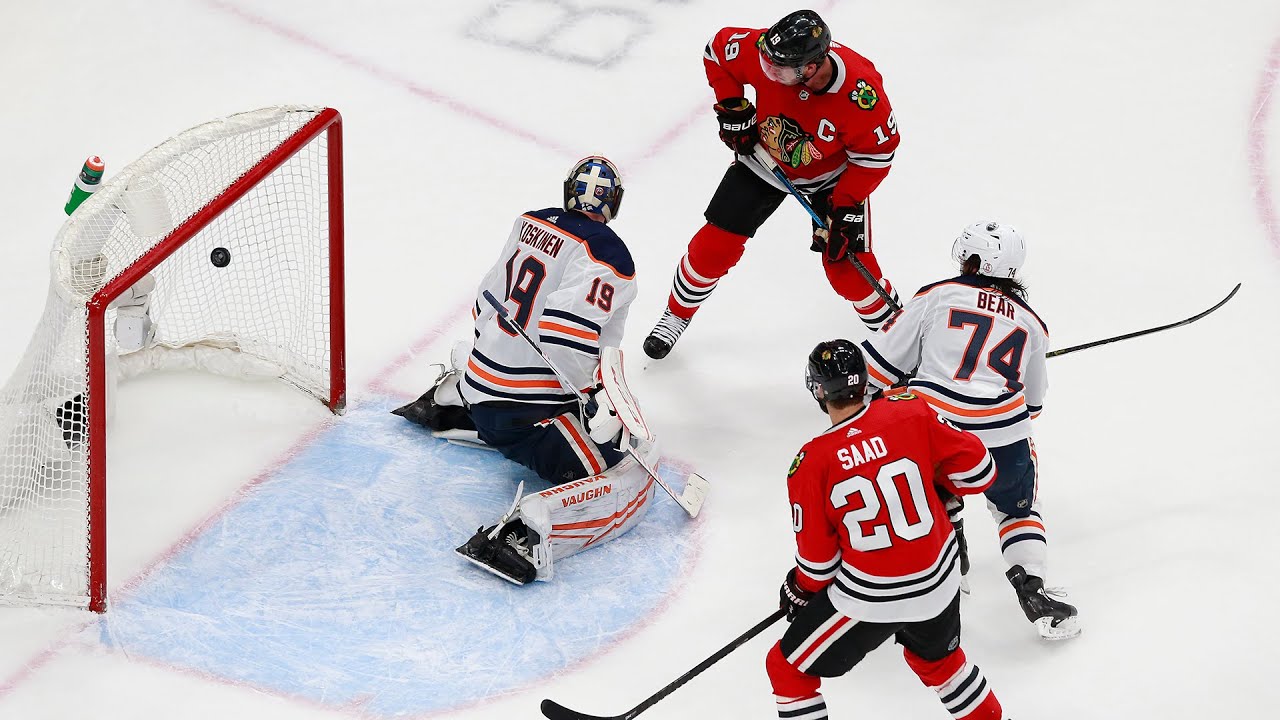 They fell behind 1-0. They fell behind 2-1. They took countless unnecessary penalties. Even through all of that, the Edmonton Oilers led the Chicago Blackhawks 3-2 after 40 minutes at Rogers Place. With about ten minutes left in the period, it looked like the Oilers were going to win their second straight game and take a 2-1 lead in the best-of-five series.

Then disaster struck. A rare third period shift for the fourth line resulted in Matthew Highmore tipping home the equalizer. In the final minutes, Ethan Bear went to block a shot but inadvertently tipped it by Mikko Koskinen. Just like that, a 3-2 lead turned into a 4-3 hole, and eventually defeat.

The Oilers were mere minutes from a stranglehold on the Blackhawks. Mere minutes away from erasing the doubt created on Saturday in a Game 1 loss. Now, the Oilers are looking elimination directly in the eyes. Fail to win tomorrow afternoon, and this once promising season will end in the worst possible fashion.

“It’s obviously disappointing, no question,” Leon Draisaitl said post-game on Wednesday. The big German scored two goals and appeared to have Edmonton on the brink of a massive victory before it all came apart. “We have to be more disciplined. It kills the flow of the game with the penalties, but it’s obviously a disappointing loss.”

The march to the penalty box was frustrating for the Oilers. They took six penalties, including four-straight in a stretch of 8:34 between the first and second periods. The Blackhawks managed just one goal on the man advantage, a five-on-three marker that Koskinen initially appeared to stop.

The rest of the Hawks’ goals? Redirection. All three even strength tallies came off of deflections, including the ‘own’ goal by Bear.

Bad luck? Sure. Tough breaks? Absolutely. At the end of the day, however, you can’t blame them for this loss.

What you can blame is the Oilers approach to a third period that should have put both this game and series away. In their Game 2 victory on Monday, the Oilers pushed hard in the third period. They were rewarded with two insurance markers and a massive victory. On Wednesday? That push never came from Edmonton.

The Oilers didn’t attack the Hawks. Instead, they sat back and allowed a young Chicago team to pour the pressure on, eventually getting that Highmore goal to even things up.

Yes, the next two shifts were all Edmonton, but the play quickly tilted back to Chicago as the Oilers seemingly were playing for overtime. They took their foot off the gas, and they paid for it.

On the face of it, this loss isn’t as bad as Game 5 against the Anaheim Ducks in 2017. In that game, the Oilers blew a 3-0 lead with 3:00 to play. The result, the sting and the magnitude of the losses, however, are equal.

Both losses put the Oilers on the brink of elimination, and both losses have taken everything out of a fanbase waiting to explode with excitement.

On Wednesday, the Oilers had a chance to take over this series and break the Blackhawks mentally. Instead, they played a sloppy, undisciplined game. Even then, it was there for the taking. What did the Oilers do? They sat back and tried to cruise to a victory. They paid for it dearly, and now their season is more likely than not over.

Sure, they could comeback and win this series. They’ll need to be better than they were on Wednesday, and they’ll need to win back-to-back games to accomplish it.

Not feeling good about it? No one could blame you. The Oilers had it in their hands last night. They choked it away, and now face a difficult uphill grind.