Get Your Grief Bacon 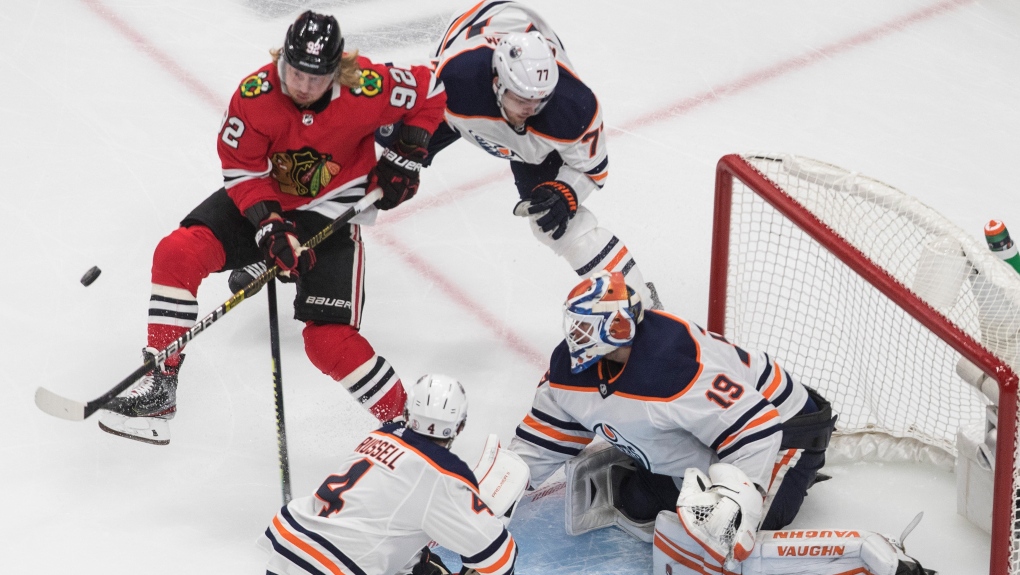 Get Your Grief Bacon

The German word weltschmerz essentially means the depression that comes from believing your problems are caused by the world itself and its unfairness and cruelty.

Oilers fans are well-versed in weltschmerz, and this season is no exception.

The Edmonton Oilers are not advancing to the Stanley Cup Playoffs after losing 3-2 to the Chicago Blackhawks on Friday night.

In what feels like typical Oiler fashion, the team just didn’t seem to have it until the last few minutes when it was too little too late.

There are many reasons why the Oilers lost the game and the series, but it seems that the answers are few and far between, and there are so many question marks about this entre process.

Without getting too deep into a discussion about the format, it’s only fair to point out that if the Oilers had won (in regulation) their game against Vegas in February, they’d have been playing in the round robin instead of the play-in tournament. It is at least marginally unfair that 3 points separated Vegas and Edmonton, and the Oilers had to fight for their lives while the Golden Knights get to play for seeding.

But while it doesn’t make a lot of sense, there was nothing the Oilers could do about the format. Once the qualifying round started, it was up to the players and coaching staff to do what was necessary to beat the Blackhawks.

As we now know, that didn’t happen.

Instead, the Oilers and their fans are left scratching their heads and wondering what went wrong-was it goaltending? Defence? Coaching? Lack of grit? Lack of secondary scoring? In short, yes.

None of these is the sole reason the Oilers lost, but when they’re put together, it’s not hard to see how the Blackhawks are advancing while the Oilers are not.

Like every other ignoble end to a season we could spend thousands of words on a deconstruction, but at the end of the day that’s not important. What’s important isn’t what happened, but how it made us feel.

Something that didn’t come up directly, though it’s reflected in much of the twitter discussion that took place immediately post-game, is “disgusted”. It has been 3 years since the Oilers won a playoff series, at which time it had been 11 years since a series win. This franchise has made the playoffs twice since 2006, despite having four first overall picks in the interim.

Connor McDavid is a generational talent and Leon Draisaitl made a case for himself as a Hart Trophy finalist, but the two of them can’t carry the team all by themselves. As was made apparent at various points throughout the season and the abbreviated postseason, the supporting cast just wasn’t good enough. It’s not that they were intentionally bad but in an elimination series, flaws and mistakes are amplified and cannot be “fixed” in time for the next game, because there might not be a next game.

The Oilers found themselves playing catch up to a team that finished well behind them in the standings, a team that came together at precisely the right time to move on to the Stanley Cup Playoffs, leaving the Oilers again on the outside looking in.

While it’s understandable that fans are disappointed with the ending to this season, disgusted is most appropriate to express how many fans are feeling. It’s hard to really know how deep that sentiment goes, given the pandemic and all the uncertainty that brings.

What is fair to say is that this loss, more than so many others, might be the last straw for many Oiler fans.

If fans are, in fact, done with the team it would mark the first time in a long time that people followed through on their threats to jump off the bandwagon.

The good news, if there is any, is that the Germans also have a word for the food you eat when you’re sad. It’s kummerspeck and the literal translation is “grief bacon”.

The downside, of course, is that it’s (at least) 4 months until there’s Oiler hockey again. That’s a lot of bacon.