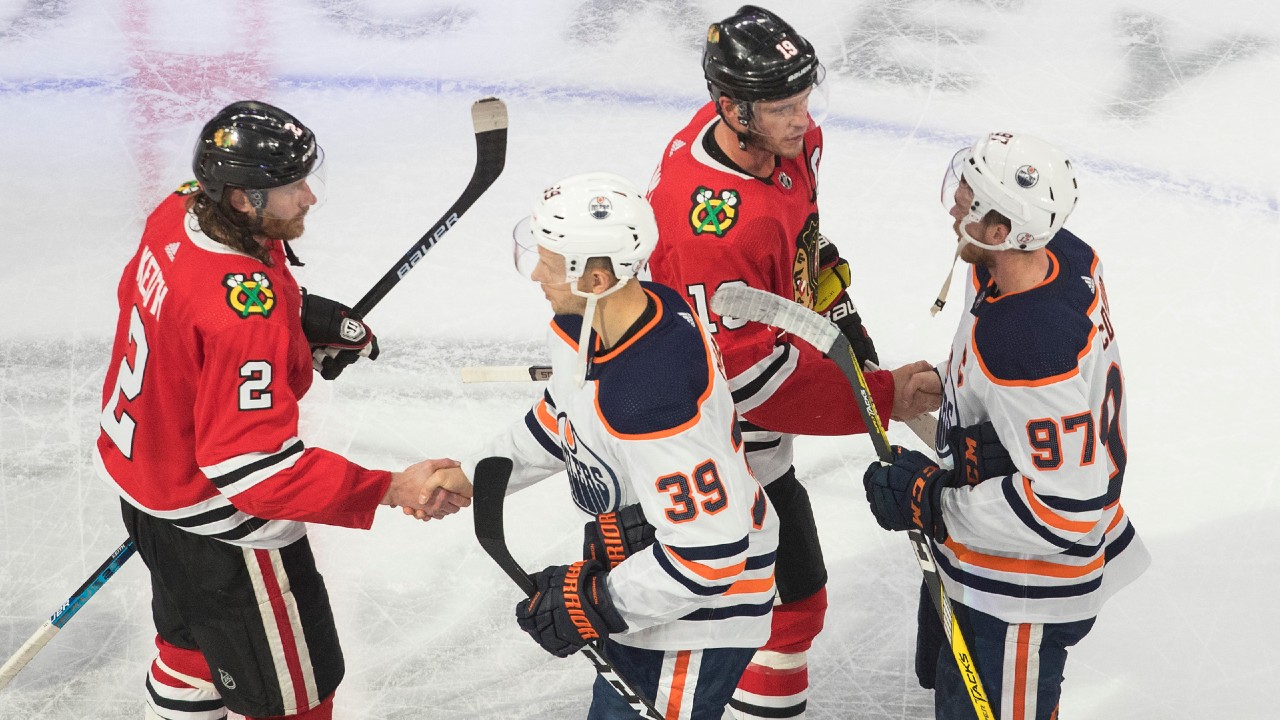 For the 13th time in 14 years, the Edmonton Oilers will not be going to the Stanley Cup Playoffs. The Oilers gave up a late goal to Dominik Kubalik in the third period, which proved to be the difference in a 3-2 Chicago victory. The Hawks won the series 3-1.

Overall, it is a bitter end to what appeared to be a strong season in Northern Alberta. Dave Tippett’s Oilers figured out some major issues in 2019-20. The entire season was not a failure, but the ending was a massive disappointment.

Edmonton’s powerplay was the best in the NHL by a large margin. Converting on 29.5% of chances, the Oilers were historically good on the man advantage. With the skill they are likely to return next season, the powerplay should be a major strength yet again in 2020-21.

After years of struggling on the man advantage, Edmonton was outstanding in this area this past season.

The penalty kill was terrific as well. At 84.4%, the Oilers had the second-best PK in the entire NHL. An area that had been a massive weakness in recent seasons was a strength for this club under Dave Tippett.

The club is also returning key penalty killers like Jujhar Khaira and Josh Archibald. There is also interest in re-signing Riley Sheahan, who played a big role on the unit throughout the season.

Maybe the biggest thing this season was the emergence of young, homegrown talent. Kailer Yamamoto scored 26 points in 27 games during the regular season, and built chemistry with Leon Draisaitl. He essentially filled the role that Jordan Eberle left vacant when he was traded in 2017.

Ethan Bear has emerged as a legit top-four defenseman who can move the puck and play special teams. He’s slated to be a valuable core member of the Oilers moving forward. Caleb Jones didn’t make the same impact, but he too emerged as a real NHL defenseman this past season. It’s fair to expect him to play a full-time role in 2020-21.

William Lagesson, Gaetan Haas and Joakim Nygard also all emerged as solid depth options for the club. Both Haas and Nygard are re-signed for next season, while Lagesson’s next contract will not break the bank. They aren’t flashy players, but they are NHL’ers.

The Oilers still do not have a starting goaltender. Mike Smith had flashes this past season, but at the end of the day his .902 save percentage and common mistakes with the puck just simply isn’t enough. He’s a pending free agent, and honestly should not be re-signed. I do like the fire he brings, but it isn’t enough to offset the replacement level play.

Mikko Koskinen is a solid 1B goaltender, but he clearly isn’t THE guy. Koskinen posted a .917 save percentage on the season, and he can play well for long stretches, but he can’t handle a starter’s workload. Koskinen is best suited to playing 30-35 games a season in a tandem with another veteran. His $4,500,000 cap hit is prohibitive, and that makes matters a little complicated when searching for a tandem-mate.

Darnell Nurse will make $5,600,000 next season. He didn’t play like a defenseman that was worth that at any point during the team’s series with Chicago. He wasn’t always that guy during the regular season either.

Allow me to say this, I’m a fan of Nurse. He normally brings emotion, is physical, can play both special teams and is a solid second pairing defenseman. His play in the big moment this summer causes some concern, however. His season was up-and-down at best.

The 2019-20 season should not have ended this way. The club should have been playing playoff hockey in April. Considering how they looked in January, February and March, it’s quite possible they win a round. Obviously the world had different ideas.

The Oilers were dealt a crap hand. Fact of the matter is, they shouldn’t have been playing a play-in series against a team that had a fire-sale at the trade deadline.

Bottom line, however, is this was a series the Oilers could have and should have won. A coaching mistake and lack of preparation led to a Game 1 loss, and the Oilers were chasing from there. A blown Game 3 lead and a veteran goaltender stepping up and winning Game 4 was the difference in this series.

The Oilers never pushed like they are capable of until it was far too late. They’ll just have to deal with that over the next four months.

Ken Holland and Dave Tippett have a lot to like after their first season in Edmonton. There are also some clear and obvious holes on this roster. Even in a flat cap world, making improvements is paramount. The Oilers simply cannot afford a step back next season. They absolutely must make the playoffs, like the Calgary Flames and Vancouver Canucks were able to do this summer.