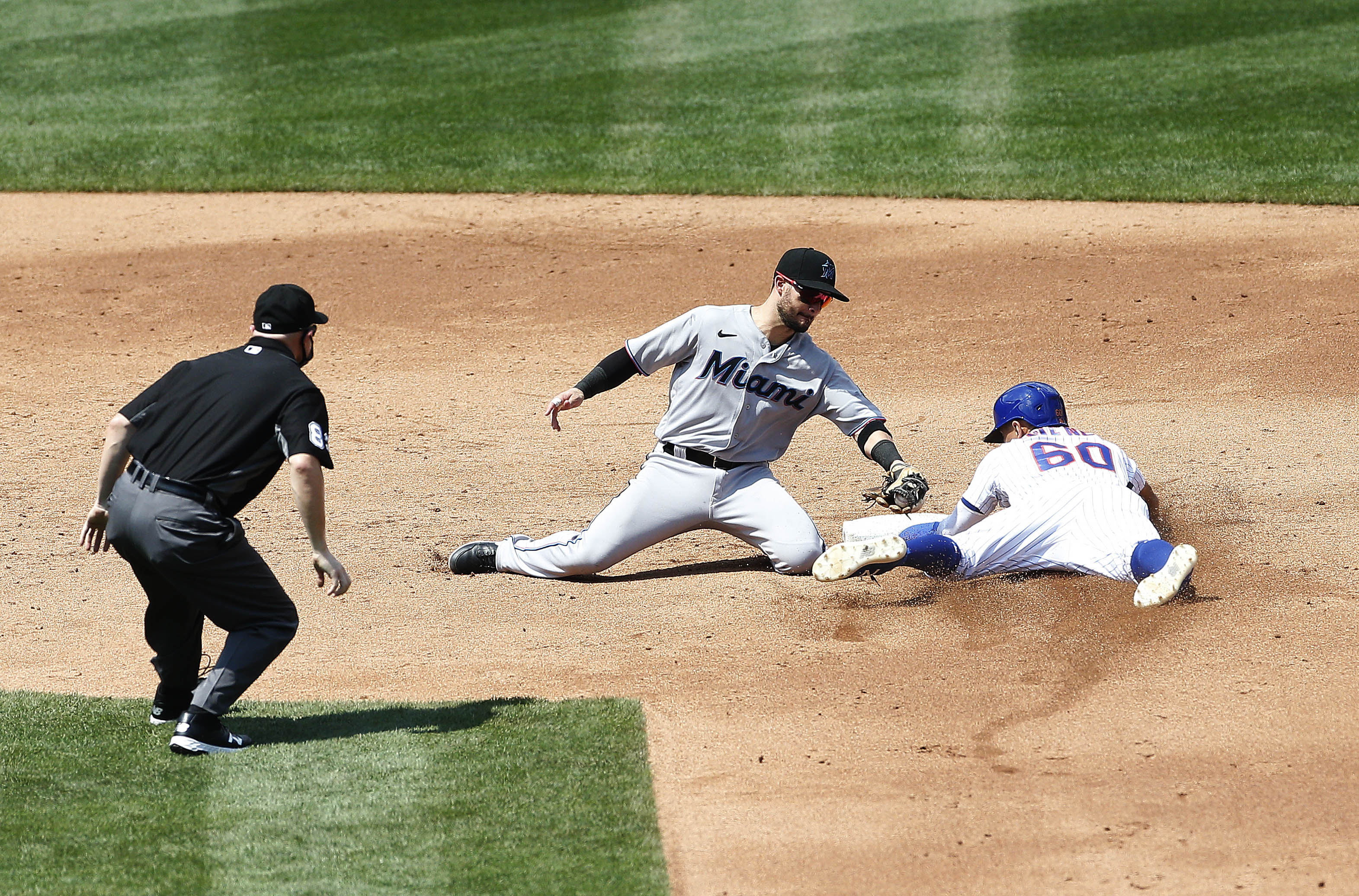 So the Marlins, without a hint of sarcasm on my part, are legit and deserve a lot of credit. I realize that they beat the Orioles and Phillies before coming to us (and some would say of their Friday win that “it was only the Mets”.) But considering all they’ve gone through, they battle hard and they’re competitive. Will it all fall apart when they have to play 17 double headers in September? Probably. But if it takes that long they should be proud of themselves. In a season where getting a participation trophy might actually be earned, they’d get the first one in my book.

(And know that as I was typing all of that, I completely forgot that Jeter is the head of this team. Maybe my words would be different, but to hell with it. It’s out in the ether now and it’s genuine. And it’s easier to say when you separate the players on the roster from the Manchurian Owner.)

The reason I saw all this is because winning two out of three from this team, including Sunday’s 4-2 victory, didn’t feel like a dominating performance. It didn’t feel like we came out of this from an all out battle … more like having to walk five miles in oppressive heat, which in and of itself is annoying. The Marlins are more annoying than usual this season, and if they had fielded a little better this series (Corey Dickerson’s error on a sinking line drive in the third was key), and if Jonathan Villar wasn’t so brutal this series the Marlins could have easily swept the Mets.

Besides those extenuating circumstances, there was the matter of Jacob deGrom, who trudged through five innings with a high pitch count and a “hot spot” on his finger. But give him credit for getting through what he did and give the bullpen credit for holding the Marlins scoreless after Jesus Aguilar’s home run off deGrom in the 5th. Jared Hughes, Dellin Betances, and Seth Lugo all had impressive outings, And yes, the credit for the bullpen also includes Edwin Diaz, who got two quick outs in the 8th before putting a couple of runners on. But getting Diaz the extra work he requested seems to have kept him somewhat sharp as he got out of the 8th, and I’m not opposed to giving him some close leads to bring home in the 9th inning. Yes, Seth Lugo is the closer right now. But Diaz has to be given some opportunities at this point or else he shouldn’t be on the team. He looks sharp enough to be given the responsibility.

And give J.D. Davis credit for morphing into Graig Nettles, a development nobody saw coming this season.

Now the Nationals come to town, and they might be more of a mess than the Mets are now. They’ve lost their last three, and are down 5-2 today in a game that’s going to be finished on Friday. They’ve lost multiple players via optout, they lost Juan Soto for a week with COVID-19, Stephen Strasburg and Max Scherzer have had minor injuries, Trea Turner is awful right now, Anibal Sanchez has an ERA above seven, Daniel Hudson and Sean Doolittle have struggled and frankly, fresh off a title, if there was any team that had incentive to have a Worle Series hangover, it’s the Nationals in a zombie season. So there’s opportunity available for the Mets, if they can figure out their rotation after Michael Wacha hit the IL with shoulder inflammation.