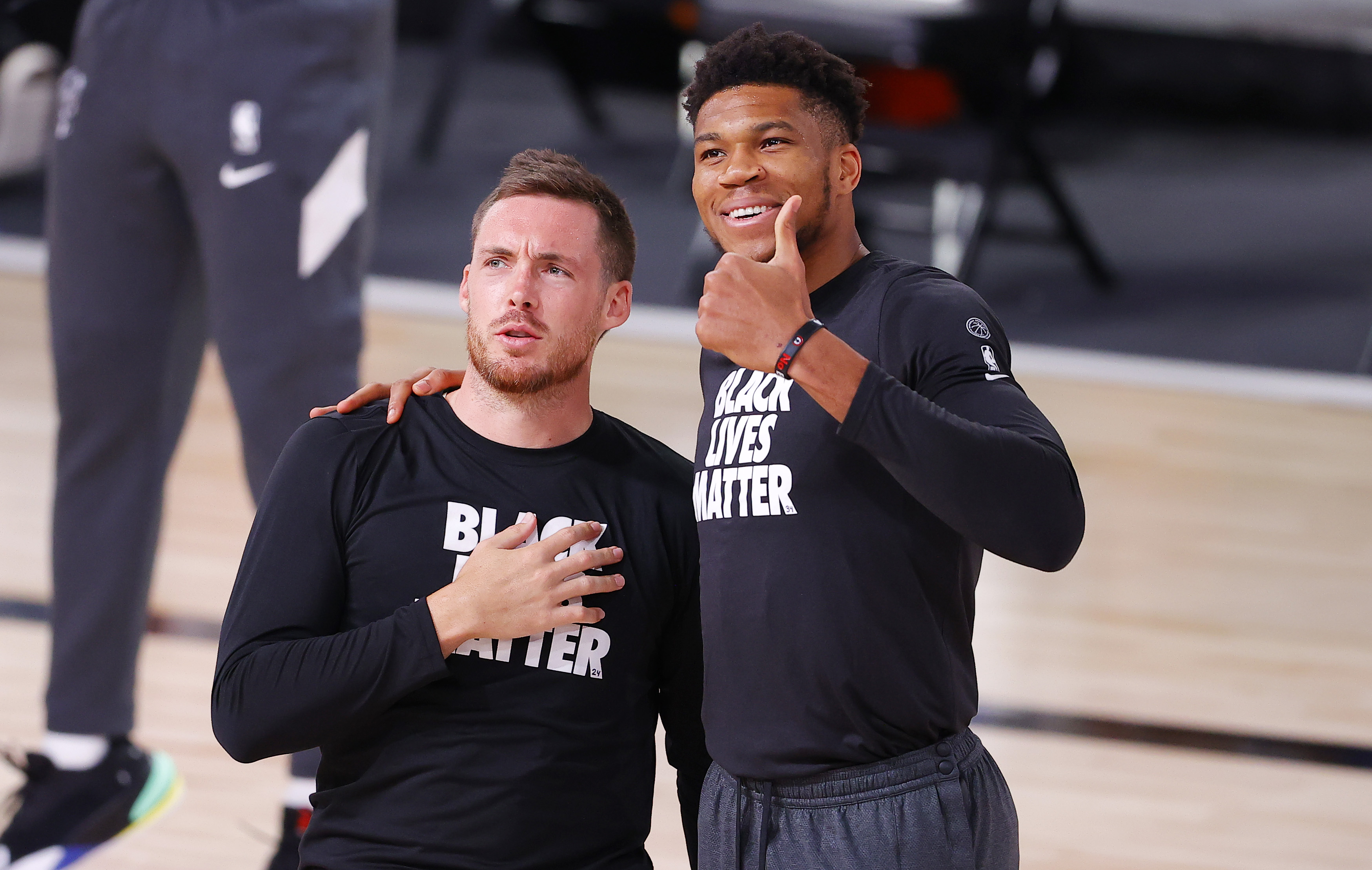 The NBA’s reigning MVP Award winner thinks very highly of the player who’s challenging him in his quest to repeat this season.

Giannis Antetokounmpo was named MVP last year, and young Luka Doncic — as well as four-time award winner LeBron James — are in the running, along with him, for this season’s honors. It’s extremely impressive, given that Doncic is only 21 years of age, with his best basketball clearly ahead of him.

Giannis clearly feels that way, too, as he recently called Doncic “one of the most talented guys” he’s ever played basketball against.

“He’s playing great basketball,” Giannis began. “He’s a great basketball player. Makes his teammates better. Talented…really talented. One of the most talented guys I’ve ever played against. He’s making the whole team better, and he’s going to keep getting better.”

High praise from one of the best basketball players on the planet for 21-year-old Luka.