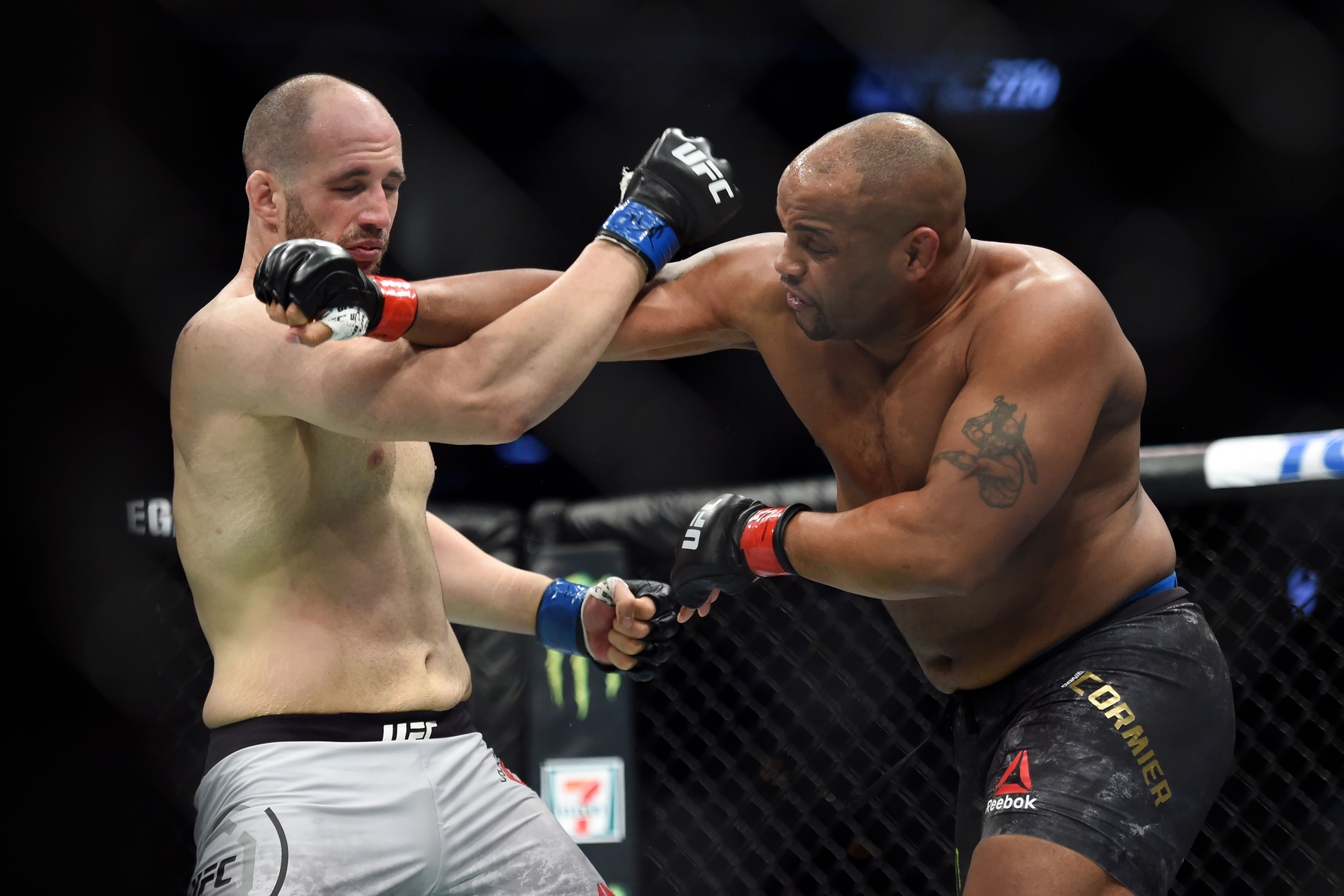 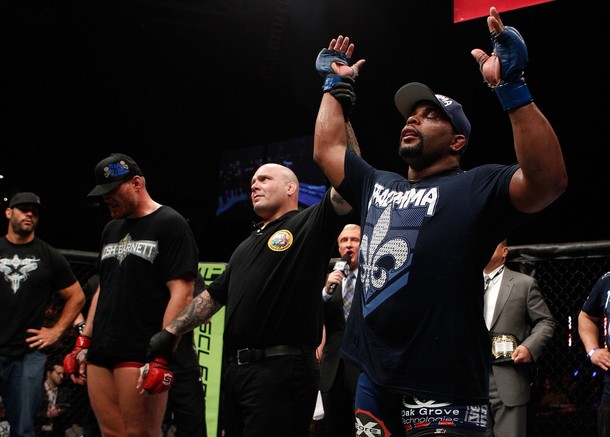 – world class wrestler – best in the sport possibly
– looks like a man among boys in terms of wrestling – tosses elite wrestlers with ease
– big and powerful for a light heavyweight (& even at heavyweight)
– continuously pushes the pace
– very heavy hands – big time knockout power
– accurate striker
– very good striking defense
– outstrikes opponents at an almost 3:1 ratio
– good takedown defense
– quick hand speed
– very quick and agile for a man his size
– a monster in the clinch up against the cage
– very good dirty boxer
– good cardio despite his size
– controls fights – dictates where they take place
– trains at a great fight camp – AKA
– has only lost to Jon Jones & Stipe Miocic in his career

Daniel Cormier’s untouchable wrestling credentials, coupled with his heavy hands, makes him one of the best of all-time.  And he had the gold (times two) around his waist to prove it.