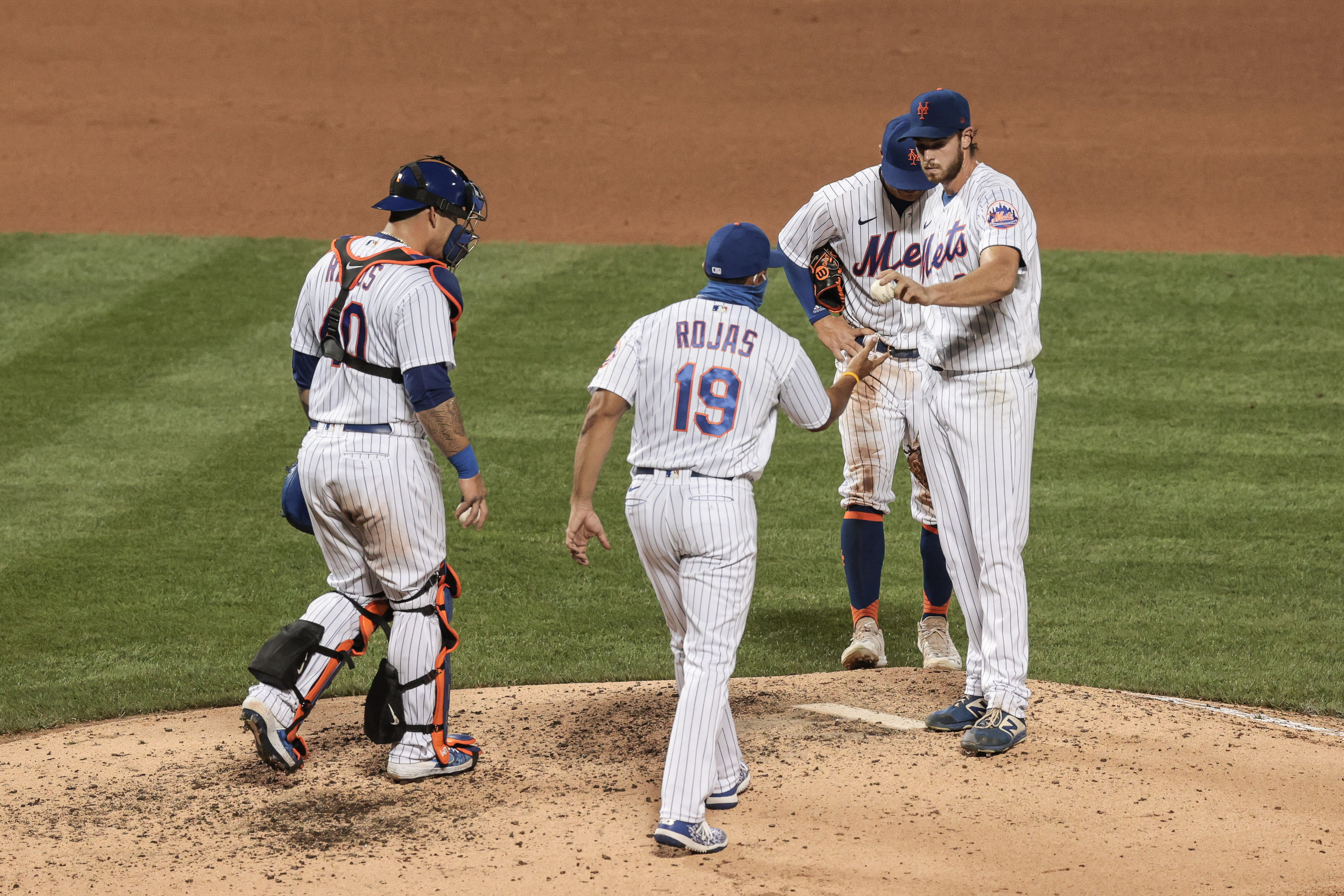 Remember when we had five aces?

Well I think today was the day that the era of the Mets rotation ended. Thank goodness that Jacob deGrom is still around, because the rest have all departed us. Noah Syndergaard is recovering from Tommy John surgery. Zack Wheeler is in Philadelphia. Matt Harvey is watching over Kansas City from atop the Western Auto building with a Boulevard in one hand and a pulled pork sandwich in the other. Bartolo Colon is dominating in sandlot softball games as a cleanup hitter. Even Michael Wacha is in the realm of the past, albeit the recent past, with shoulder inflammation.

And now, Marcus Stroman is gone … having opted out because of COVID-19 concerns, probably having pitched his final game as a Met unless some new owners come in and decide that Stroman is the best option to help Jacob deGrom in 2021 and beyond. (After hearing some names that are going to be free agent starting pitchers, he’s either the best option or damn near close to it.) So the first game after Stroman’s departure was Steven Matz’s first ever Mets start as the bonafide, undisputed number two starter for the New York Mets.

And he got bombed.

Look, the less said about this 16-4 loss, the better. (So much for opportunity being there for the Mets … dumb shit I am.) Asdrubal Cabrera hit two home runs as he takes over for Daniel Murphy as  the lead in “Opponent Venegance”. Trea Turner, who was hitting about a buck-eighty, hit a home run and is now, of course, hot. And Juan Soto hit a home run off a Matz lollipop that is just now making a connection in Atlanta before it flies some more. But it’s time for the bottom line: Steven Matz, who gave up eight runs on eight hits, three bombs, and five strikeouts (hey he didn’t walk anybody … joy), has to be better.

Steven Matz has to be better.

No tips on which pitches he needs to improve on, or a think piece on his mental state. We’re past all that now. We’re six years into his career and we’ve done nothing but overanalyze his motion, trying to decipher whether he’s tipping his pitches or not, study his pitch selection and his heat maps and his post game press conferences. The time for all of this has past.

Steven Matz has to be better. Period. End of story.

The Mets have Rick Porcello starting on Tuesday, and God knows who starting on Wednesday. Maybe the Mets will finally have the necessity to use an opener then. Or they could just go with Luis Guillorme who threw a 1-2-3 eighth. Steven Matz being better would make the rest of it easier to take.

But Steven Matz has to be better. If not, then the only ones who will remember the before times of great Mets starting pitching will be Pepperidge Farm.