Your Morning Dump... Where we ponder draft picks and such 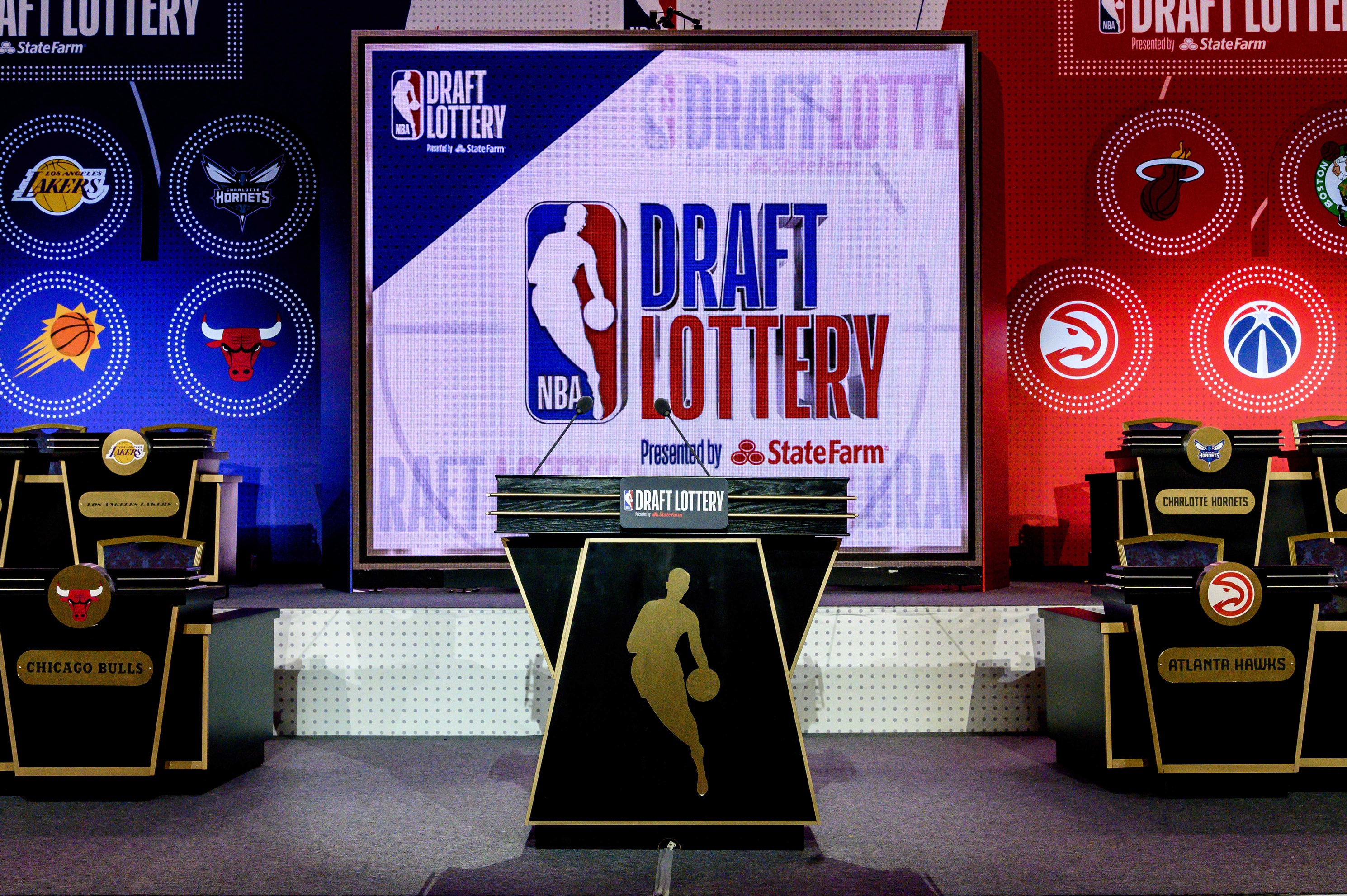 Your Morning Dump... Where we ponder draft picks and such

Losing to Boston, however, could help relegate the Grizzlies to the lottery with no risk of a play-in scenario. If Memphis loses its last two games, and if the Suns (one game back) and Trail Blazers (half a game back) split their last two, Phoenix and Portland would face off with Memphis on the outside looking in.

Even if that best-case scenario doesn’t happen, it’s also possible (maybe even likely at this stage) the Blazers surpass the Grizzlies and force Memphis to try to win twice to make the postseason. Memphis has Boston and Milwaukee remaining on its schedule. Portland has Dallas and Brooklyn. It’s difficult to imagine Damian Lillard, who is absolutely obliterating everyone at the moment, losing twice to an injury-weakened Grizzlies team.

The crazy thing about the Memphis pick is that it dates back to the 2015 trade that sent Jeff Green (who he?) to the Grizzlies. Aside from Marcus Smart, pretty much the entire C’s lineup has been changed at least twice since then. The C’s have both gambled and played it safe when they’ve picked in the region where the Grizzlies pick is most likely to convey. Yabusele at the #16 spot in 2016 and James Young at #17 in 2014 were both gambles, while Terry Rozier at #16 and Kelly Olynyk at #13 were safe plays in 2015 and 2013 respectively*.

Romeo Langford was a safe play at #14 last year**, and with the Celtics seemingly well-stocked with youth at every position except center (kind of–Daniel Theis isn’t old, but at 28, he’s not particularly young either), I think Ainge might be willing to take a gamble with the Memphis pick.

A ‘safe’ pick in this range is probably going to yield a fringe starter or a solid bench guy depending on the quality of the draft, which the C’s don’t exactly need, while a gamble could yield a player like Devin Booker, Donovan Mitchell or everybody’s favorite example from this neighborhood: Giannis Antetokuonmpo.

At any rate, the odds of the Memphis pick conveying are 97.6%–if they miss the playoffs–so unless you’ve got money to burn on a long-shot, I’d bet on the C’s getting the 14th pick if the Grizzlies hit the lottery this year. If they finish out of the Western Conference playoffs, Memphis will have the best record of all the teams in the lottery, meaning they will either have a top 3 pick (which Memphis will keep), or they’ll have the 14th pick. Those are the only two possible outcomes. Recall that only the top three picks in the NBA draft are assigned by chance.

And, at the same time, if the Grizzlies make the playoffs they will almost certainly end up with a better record than the East’s 8th seed, Orlando, meaning that they’ll have the 16th pick in that case.

Tom Westerholm also broke down a few of the players that will likely be available at the #14 spot:

Aaron Nesmith, Vanderbilt: A muscular wing who comes off screens like J.J. Redick and shot over 50 percent from three on more than eight attempts per game last year.

Saddiq Bey, Villanova: A 3-and-D wing with some creation potential who can guard up against fours due to his strength and footwork.

Aleksej Pokusevski: A 7-footer who handles, passes and shoots like a wing — a high-risk/high-reward prospect, and one of the few true star potential players in the draft.

Tyrese Maxey, Kentucky: More guard help off the bench (think a Brad Wanamaker replacement, if he isn’t back next season) with a high motor and a good NBA skill set.

R.J. Hampton, NZ Breakers: An athletic combo guard who can score from three levels who showed he can excel as a role player at times in a difficult professional situation overseas.

Given that the C’s are a bit thin at center–at least when it comes to young talent–and that the C’s played it safe with Romeo Langford last year, my guess would be that of these five, the C’s would most likely take a gamble on Aleksej Pokusevski. Even though positions don’t mean as much as they used to, height still has value in a game where the goal is ten feet off the floor. If the gamble pays off, the C’s have another star, and if it doesn’t, well, in the NBA these days, serviceable centers are easy to find.

* Why do I say that Olynyk and Rozier were safe plays when the Rozier pick was widely panned? Because neither of these guys were one-and-dones. They both had plenty of experience competing at a high level.

** Well, then why was Romeo Langford a ‘safe pick’ when he was a one-and-done? Because his draft stock was affected by a fluke injury that he played through to help his team–that says a lot about what kind of a guy he is.

“I definitely want to bring awareness to mental health, anxiety, and forms of depression, at times like this in places like this, in the bubble,” Brown said. “I actually probably struggle with that, and don’t feel confident enough to be speaking openly about it so being able to talk to somebody… it’s conversations that need to be had.”

How hard is it to talk about struggling with mental health issues?

Jaylen Brown organized a protest march in Atlanta, and has been so outspoken on matters involving the African-American community that other players have asked him for advice.

And, according to him, he doesn’t feel confident enough to speak openly about mental health issues.

Let that sink in for a minute.

Like John Karalis–who wrote the MassLive piece above–I’ve been open about the mental health issues I’ve struggled with. In my case, I’ve done so because it’s an illness that doesn’t feel like an illness.

If you break a bone, you have no particular difficulty figuring out where it is that you’ve hurt yourself. If you have a systemic disease like diabetes, your body doesn’t work right and you know there’s something wrong with your body.

But mental illness? Your brain is where you live. If your brain doesn’t work right, you’re not going to know that it’s not working right. You’re going to think that the way you see the world is the way everybody sees the world.

If I can convey nothing else about what it’s like to spend decades struggling with mental illness, it’s that it all feels so normal. The anxiety, the depression, the inability to focus, all of that is there all day, every day. Even on good days it’s there in the background lurking.

And if you have a mental illness, it’s not your fault. A mental illness is neither a sign of failure nor do you “deserve” to feel this way. Nor is it “wrong” for people who seemingly have no reason to be depressed or anxious to be depressed or anxious. Mental illness is an illness, it doesn’t matter how much money you have, or how good your life seems to be. Nobody would say that a guy with cancer is too rich to have cancer, or has too many things to be thankful for to have cancer.

Don’t be afraid to seek help. Help is available and it works.