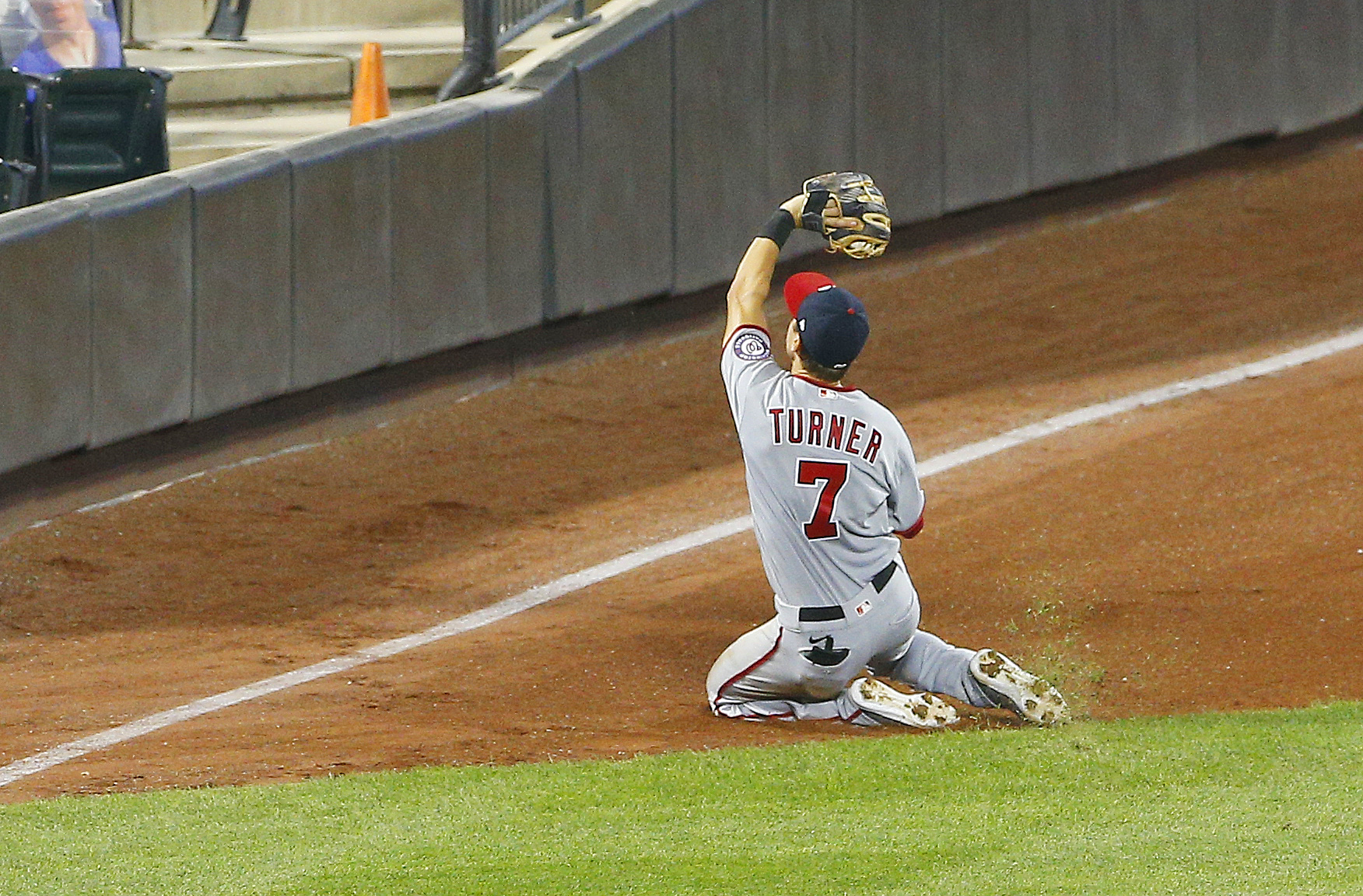 Give the Mets credit: After getting blown out in a game by the score of 16-4, they come right back and lose a 2-1 game. Any way you want the Mets to lose, they do it. That, my friends, takes talent and versatility.

What took real creativity however was how the Mets let a future Hall of Famer off the hook. Look, I never expect the Mets to blow out Max Scherzer. But Scherzer threw 60 pitches in the first two innings of a game and didn’t give up a run. The only way any pitcher escapes damage after two innings and 60 pitcher is if he’s Max Scherzer against the Mets. Wilson Ramos had a good at-bat with the bases loaded and two outs against Scherzer in the first. But Ramos can’t  hit chocolate ice cream with a spoon right now, and that made a difference. Scherzer threw three straight fastballs for strikes at him to end the at-bat. Ramos fouled the first two off, but had to be looking for the hook, and he let himself be mentally outclassed by Scherzer. And when you’re going bad, it’s so much easier to be out-thought by a Hall of Famer, as opposed to when you’re going well and it’s “see ball, hit ball”.

Then in the second, Jeff McNeil was up with runners on first and second after an 11 pitch walk worked out by Brandon Nimmo. McNeil was hitting .340 so he can hit chocolate ice cream with a spoon, but he lost the game within the game when he struck out on a nasty cutter after Scherzer shook off Kurt Suzuki twice. No shame in that, but the shame was in completely wasting their shot against him. Not many teams get one shot against Scherzer, and most of the time the Mets don’t get any shots against him. Tonight they got two and … in the immortal words of Dennis Green … he was who they thought he was. And they let him off the hook. He only threw 45 pitches the rest of the way and that was that.

Not that there weren’t bright spots. Andres Gimenez hit a triple against Scherzer, scored the only run and played his usual stellar defense. Rick Porcello threw a meatball to Trea Turner who put cheese on it to right field, but other than that he was okay. And, uhhhhh Edwin Diaz threw a scoreless inning and had a sharp slider. To me, Diaz has only had one bad outing this season. (I don’t count the game where he gave up the home run to Ozuna as a bad outing, because his stuff was there … that was just bad pitch selection.) But he’s doing well since Luis Rojas agreed to give him some extra work to keep him sharp. It would be a typical Met plane of existence to miss the playoffs in 2019 because Diaz was a dumpster fire, and then see a great improvement in Diaz in 2020 only to have the rest of the team makes you feel like a sciatic nerve hitting a bone.

So after two nights which tasted like an appetizer of liver flavored okra followed by a main course of steak marinated in pee, the Mets are in last place with the ferocity of a bad meal dropping like a rock in your stomach. If you want to wash that down with some bleach, three of their next four games will be started by the immortal TBD, a rookie against the Nationals, and Steven Matz in Citizens Bank Park, where he has an ERA of OMG and LMAO.