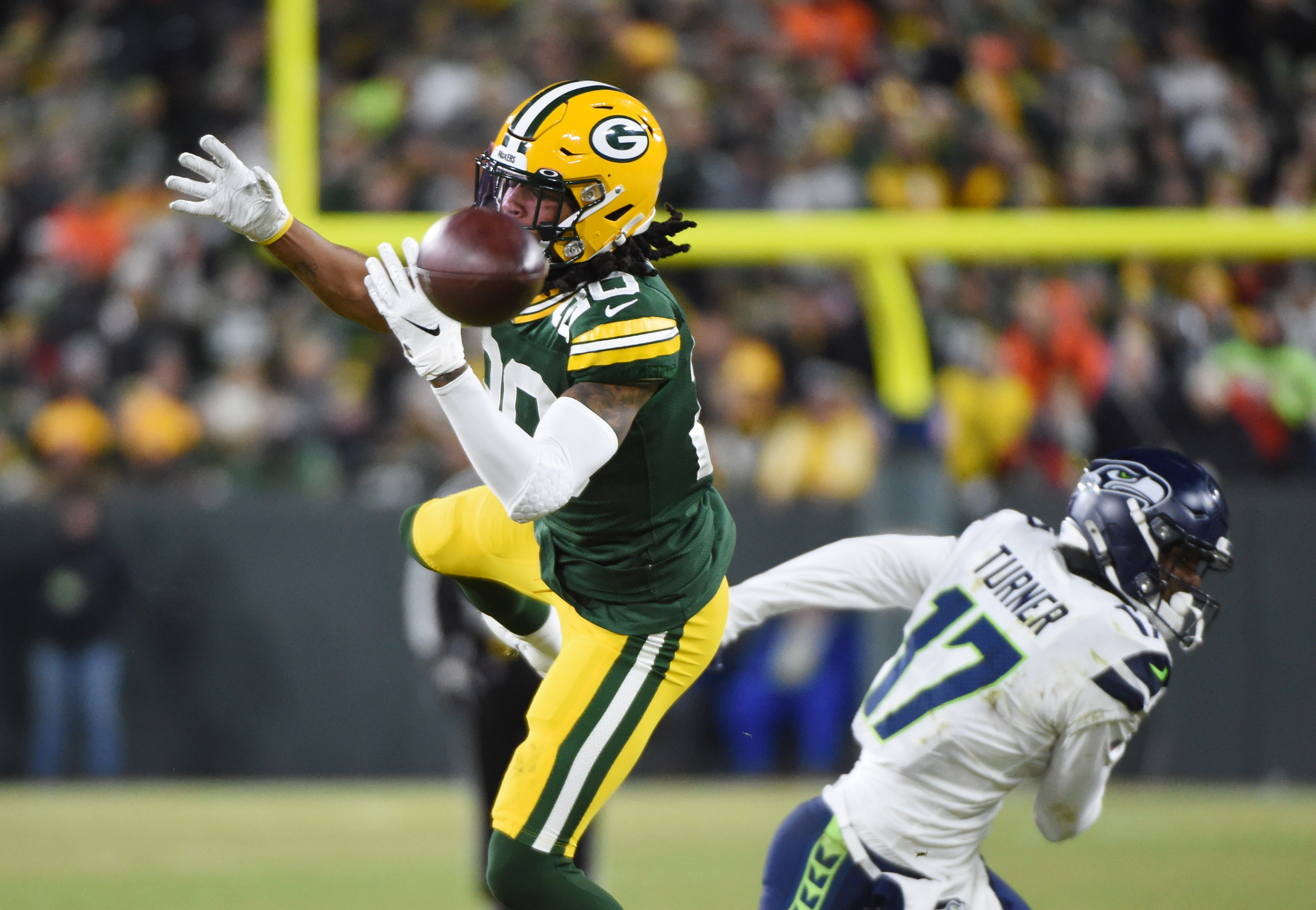 Despite GM Brian Gutekunst’s statement last week that he was not particularly looking for help at the wide receiver position, the Packers have brought in two more wideouts this week to compete for spots on the team’s roster.

On Monday, Green Bay were awarded former Detroit Lions receiver Travis Fulgham off waivers. Fulgham was a sixth round pick of the Lions a year ago out of Old Dominion. At 6’2”, he has the size the Packers prefer in their wideouts.

He played in three games with the Lions last year, appearing in 63 offensive snaps and on 26 plays on special teams. He did not catch a pass.

In college, Fulgham had pedestrian numbers his first three seasons before catching 63 passes for 1,083 yards and nine touchdowns as a senior. His best attributes according to most scouting reports are his size, his work ethic and his body control. Another thing that could endear him to Matt LaFleur and the Packers coaching staff is his willingness to block on running plays. He is also able to contribute on special teams which has been a sore spot for the Packers in recent seasons.

Then, today, the Packers also signed Malik Turner who spent the last two seasons with the Seattle Seahawks. The 24-year-old former Illinois star played in 15 games last season and started three. Turner missed one regular season game and one playoff game last year due to a concussion. He made 15 catches for 245 yards and one touchdown while playing in 22 percent of Seattle’s offensive snaps last season while contributing on 37 percent of their snaps on special teams.

Turner is also 6’2” and went undrafted out of college. His best season was his junior year when he caught 48 passes for 712 yards and six touchdowns on an Illini team that was usually overmatched by the competition in the Big 10.

Packers fans may remember that Turner had a key drop in the Pack’s NFC Divisional playoff win against the Seahawks back in January.

These two signings show that despite statements to the contrary, the Packers are still looking to upgrade the wide receiver position after free agent signee Devin Funchess opted out of the 2020 season because of the Covid-19 pandemic.

The Packers wide receiver depth chart is full of question marks right now. After Davante Adams who is the clear cut number one receiver, there are a lot of unanswered questions. Allen Lazard is the favorite at the WR 2 spot with Marquez Valdes-Scantling and Equanimeous St. Brown also listed as favorites to make the roster.

There is an open competition among several other players for the fifth and possibly sixth wide receiver spots on the roster with returnee Jake Kumerow, former CFL star Reggie Begelton and undrafted free agent Darrel Stewart among the better known players fighting for a job.

Both Turner and Fulgham have the size the Packers prefer in their wide receivers and they can contribute on special teams. The fact that the Packers saw fit to bring in not one but two more players to battle for playing time at this position may be a sign the team is not very impressed with the other wide receivers on the roster, although Gutekunst is known for bringing in players to compete for spots at the bottom of the roster throughout the regular season. Last year, players like Jared Veldheer and Tyler Ervin were brought in that way and made key contributions to the team late in the season and in the playoffs.

These new additions will have precious little time to learn the Green Bay offense and make an impression on the coaching staff with no preseason games scheduled this year and a reduced number of reps in training camp due to the ongoing pandemic. Still, they now have a chance to show the coaches what they can do and to earn a spot on the wide open Green Bay roster at wide receiver.