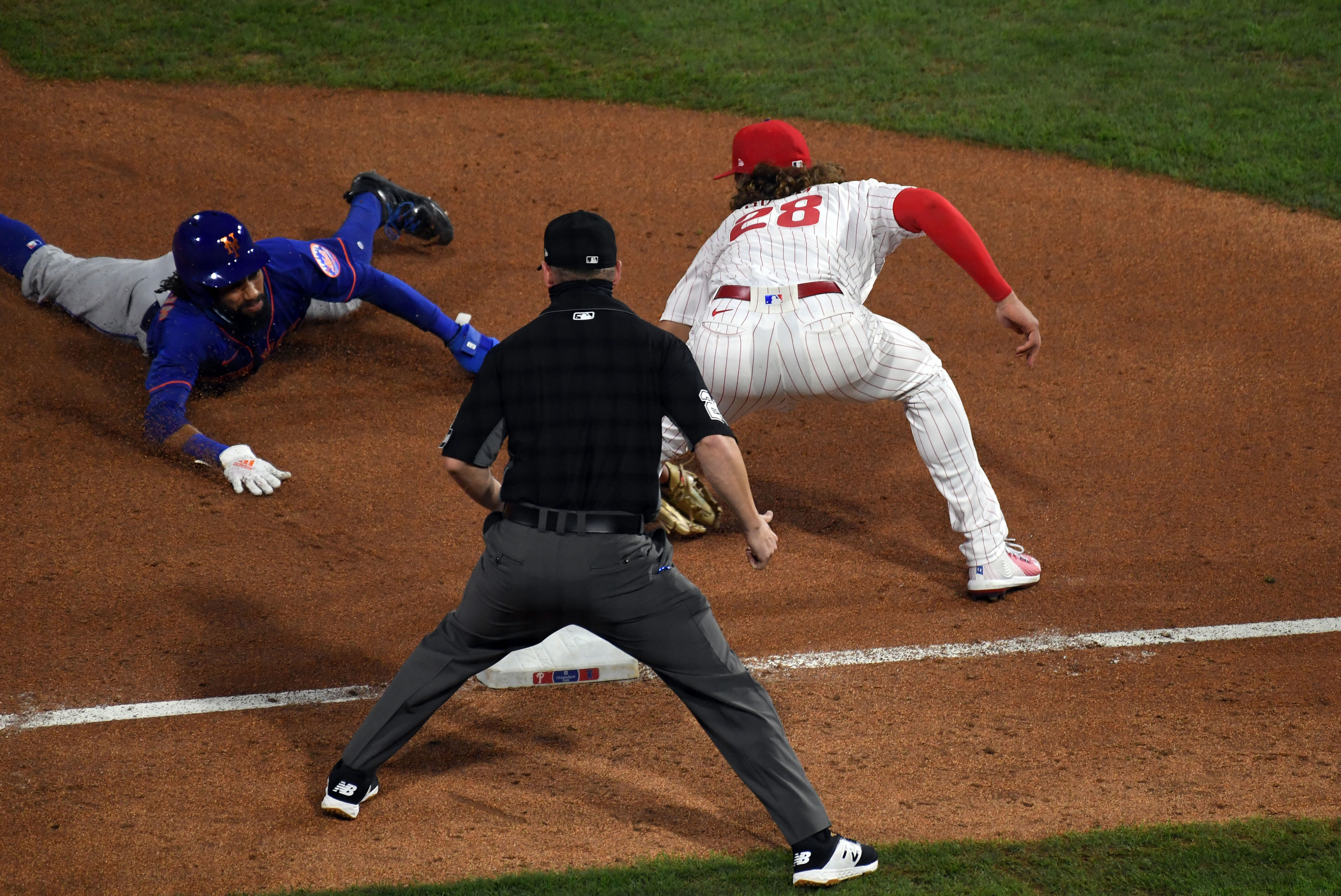 As with most of these Mets stomach punch, dog piss losses, this one was born from the kinds of complete organizational breakdown that this franchise is known for. They might even have a utility patent on it.

The first failure of synapse came before the game when Drew Smith, who has pitched to a WHIP of 0.83 in his first six innings of work this season and was showing promise while coming back from injury, was sent to the alternate site (not to be confused with the alternate universe) to make room for Robinson Cano. Now perhaps there’s another move that is going to be made eventually or quickly to bring Smith back. But with Cano now taking playing time at second, and Luis Guillorme most certainly playing second on the nights Cano is either off or at DH (like tonight), and Jeff McNeil most certainly coming back after his knee was feeling much better, where exactly does Brian Dozier fit in on this team right now? Is Brodie really scared of losing .133 hitting Brian Dozier?

Which leads to the second failure, which was the fifth inning. Dom Smith and Cano went back to back to give the Mets a 4-2 lead while starting pitcher Walker Lockett, who took Jacob deGrom’s spot tonight due to an unfortunate incident involving the Phillie Phanatic, hadn’t given up 55 runs in four innings so things were going fairly well. Lockett was due to face the heart of the Phillies order for the third time, and after Luis Rojas said at the beginning of the season that he was going to play to win every game, you’d figure that he’s play it safe and have some arms warming up behind Lockett for the heart of the order, right?

After Lockett got Andrew McCutchen to pop out, Rhys Hoskins hit a hard double to bring up Bryce Harper. Now the hits off Lockett had not been cheapies. They were hard hits, and even the immortal Roman Quinn hit a liner with the exit velocity of an Indy 500 pace car. So you’d think you might want to get him out of there with Harper up hitting in the mid .300’s. But they didn’t because there was nobody ready. Lockett walks Harper to bring up Realmuto. Still, nobody ready. Realmuto, on cue, hits one off a corrugated plastic fan in the outfield to give the Phillies a 5-4 lead. Lockett would actually complete the inning and pitch one more, but leaving him in to face the Phillies order a third time goes against every single rule of baseball analytics, despite Brodie bragging that the Mets actually have an analytical department.

All right, let’s fast forward to the 7th inning as the Mets are being blanked by an awful Phillies bullpen. Dom Smith on first with one out and Wilson Ramos up. Ramos, for his part, is completely lost at the plate so heaven forbid he hits one in a a gap somewhere. Instead, he hits one that goes off of Tommy Hunter’s hand and rolls away. In any other universe with any other baserunners, the Mets would have had first and second with one out and Gimenez up. Instead, somehow, Hunter still had time to run and get the ball (and Hunter is no speedster either), throw out Smith at second who slid above the bag. Then Segura (or Gregorius … honestly, it doesn’t matter) actually fired to first to try to get Ramos. The umpire, feeling empathy, called Ramos safe, but video replay clearly showed that Ramos as the speed of a confederate statue at the bottom of the ocean and was out by a quarter of a step. How a position player could be so slow that he couldn’t beat out this play is mind boggling. And it wouldn’t matter except that Ramos’ contact this season has been infield choppers that he has no choice but to try to beat out because he can’t hit a thunderstorm with an umbrella.

Okay, 8th inning. Still 5-4 Philadelphia. Luis Guillorme is on with a one-out single and is pinch run for by Billy Hamilton. Okay, great. We’re depending on the speed of Hamilton rather than the relative speed of Wilson Ramos. This is a step up and this is why the Mets signed Hamilton, right? To swipe a bag with Amed Rosario batting, right? Thankfully, that’s exactly what he did and he was safe easily. All right, we have a runner in scoring position with one out. Great, heads up baseball.

With the ball having rolled barely far enough away from Jean Segura to be able to say it was practicing proper social distancing, Hamilton, thinking “I’m the fastest baseball player alive so screw it”, took off for third base. Hamilton, forgetting that other infielders exist, was thrown out by Didi Gregorius to Alec Bohm quite easily. With one out. in scoring position. Billy Hamilton … the tying run … can easily score on a single from second base. So why is he going to third? Why???? FOR THE LOVE OF GOD WHYYYYYY???!?!??!?!?!?!?!?

Now, the Mets actually tried to make all of this a moot point in the 9th. After threatening to waste runners on first and second with nobody out with strikeouts by Alonso and Smith, Cano sent a single to right to drive in Nimmo to tie the game at 5-5. Great, the Mets could actually win despite themselves. Maybe they’ll grab the lead? Nope, Ramos continued his Julio Franco impression from the second half of 2006 and grounded out to second to end the inning.

(Speaking of which, why the f**k did we sign Julio Franco?)

But before the Mets could strand free runners in extra innings, the Phillies got to Seth Lugo in the bottom of the 9th. Lugo coughing up the lead might have meant that every other failure before this wouldn’t have mattered if they never happened, but perhaps Lugo wasn’t as sharp as he could be with a few days off, and perhaps it’s time for the Mets to give him the Edwin Diaz treatment, as in making sure he isn’t in the game only in obvious situations. In any event, he gave up singles to Quinn and McCutchen to start the inning. He struck out Hoskins, but gave up a sharp single to Bryce Harper. Michael Conforto fired an absolute seed to Ramos, but he was just a tad too slow on the tag (about 1/30th of a second) to nail the runner. By the way, sense a theme? Wilson Ramos is slow!!!

But Ramos can’t help being slow. Perhaps the performance tonight and the future performances of J.T. Realmuto will whip Mets fans into a frenzy to sign him this winter with Steve Cohen’s money. It will surely be a fruitless campaign which will end with him signing in some random place like Arizona on an 11 year contract. The real theme however was that even without Jacob deGrom and his stiff neck, this was one of those games that was very winnable for a team that’s on the ball. But due to general organizational failure, it turned into just another loss where poor Gary Apple and Todd Zeile are left to analyze the dog piss that our favorite team left us to dissect.