Could The Edmonton Oilers Move A Veteran Defenseman? 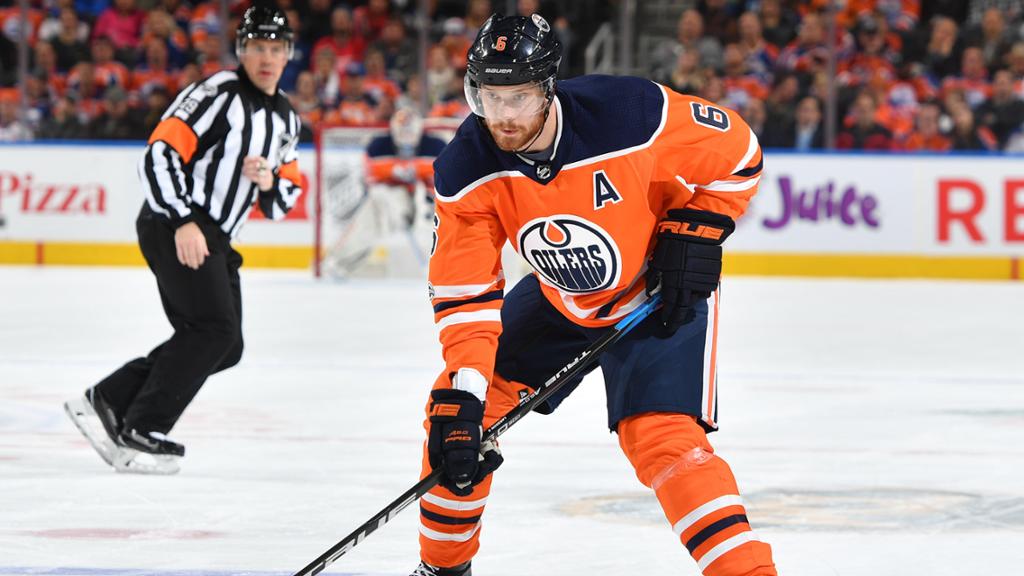 Could The Edmonton Oilers Move A Veteran Defenseman?

One thing is guaranteed this offseason for the Edmonton Oilers. There will be some sort of changes. The club had a strong 2019-20 regular season, but were upset in the Qualification Round of the NHL’s restart by the 12th seeded Chicago Blackhawks. Goaltending and defensive play were among the major reasons why Edmonton technically failed to make the playoffs for the 13th time in 14 seasons, even though they were a virtual lock when the league paused in March.

Part of that change is likely to come in net. Mike Smith is a pending free agent and there will be a plethora of capable options sitting on the market come October.

Another part of the change? On defense. The Oilers have a number of young defensemen coming through the system on a collision course with the NHL. They also have a number of veteran defensemen who are closing in on free agency. Could one be moved for an upgrade on the backend, or perhaps another forward? NHL insider Elliotte Friedman and co-host Jeff Marek discussed that possibility on the latest edition of ’31 Thoughts: The Podcast’.

“Do you look at some of the older D? Like, do you ever go to the two top guys (Klefbom and Larsson),” Friedman began. “Here’s the thing, Larsson is one year away from unrestricted free agency. He’s a right-hand shot. I mean, the problem is, if you take him away, your other right-hand shots are Russell, who’s got one year left, Green, who’s retiring, Benning and Bear. On the left side you’ve got Nurse, you’ve got Jones, and you’ve got Klefbom, who is signed for three more years and at a reasonable number.”

The news about Mike Green, who opted out of the ‘Return to Play’ plan, retiring is new. Green was a pending free agent, and was uncertain to return anyway. This closes the book on him.

In terms of making a deal, it would be the first time Holland truly looked at changing up his defense. Former GM Peter Chiarelli, however, looked at doing it while in Dallas for the 2018 NHL Entry Draft.

“Now before Holland got there, they looked at Klefbom for Krug with Boston. They talked about it. That was pre-Holland, so that doesn’t necessarily mean anything,”

Krug is slated to cash in big time on the free agent market this fall, and the Oilers are rumored to be somewhat interested, depending on the price. Sources back in 2018 told The Oilers Rig then that the Bruins also were trying to get Ryan Nugent-Hopkins in said deal.

“I just wonder, with all those kids coming, and you look at them on defense. Bouchard shoots right, he’s gonna play next year. Broberg shoots left, he’s now in the picture. You’ve got Samorukov a bit farther away. Are you keeping Lagesson? Those are guys that are left shots. I do wonder that if, and this is just me spit balling, would they look at Klefbom and Larsson? Particularly if they don’t think they can sign Larsson.”

Larsson will be a free agent on July 1st, 2021. On top of that, Larsson has a recent ugly history with injury. After a solid 2016-17 debut season in Edmonton, Larsson has dealt with back injuries on a yearly basis. It’s what essentially ended his season after two playoff games in August.

He’s a logical player to trade, and a player that other teams have shown interest in. Jimmy Murphy of Boston Hockey Now and I reported on trade deadline day in 2019 that the Maple Leafs had sniffed around Larsson. They’ve also looked into Darnell Nurse in the past.

“So this is one of the things I wrote on the blog this week,” Friedman continued. “You know, Edmonton and Toronto to me, they look like potentially natural partners. Again, I think this might have been pre-Holland, but they’ve talked about some stuff. Like Connor Brown, before he went to Ottawa, he came up quite a bit.

“The Leafs did look at Benning and Khaira, a deal that fell apart because Khaira got hurt. I look at those Toronto wingers that we discussed earlier, some of those guys could really fit in Edmonton. I really do believe that Holland is not going to move his young D. So where’s the fit? Unless Toronto is making a deal, they’ve got Reilly and Muzzin and Dermott and Sandin on their left side. I don’t know if it makes as much sense anymore.”

Toronto is hardly the only team looking to make a splash this summer. The Pittsburgh Penguins will be looking to change the complexion of their defense and have forwards to move. Perhaps Larsson, Nurse or Kris Russell makes sense there. The Florida Panthers will be looking to get tougher on defense as well.

At the end of the day, a trade involving a defenseman seems likely. The Oilers have two young defensemen ready to take bigger NHL roles in Ethan Bear and Caleb Jones. They’ll need to make a decision on Matt Benning (RFA) and both Kris Russell and Adam Larsson (UFA, 2021).

It’s possible that two of those three players are sent out the door this fall to gain cap space, reset the defense, or acquire an upgrade up front.

I keep coming back to Larsson, the team’s top shutdown defenseman. The Maple Leafs have liked him in the past, and they have forwards to move. It just seems like a trade between the sides makes too much sense.

Hall of Very Good 24m ago