Who’s The Next Potential UFA the Packers Will Sign After Kenny Clark? 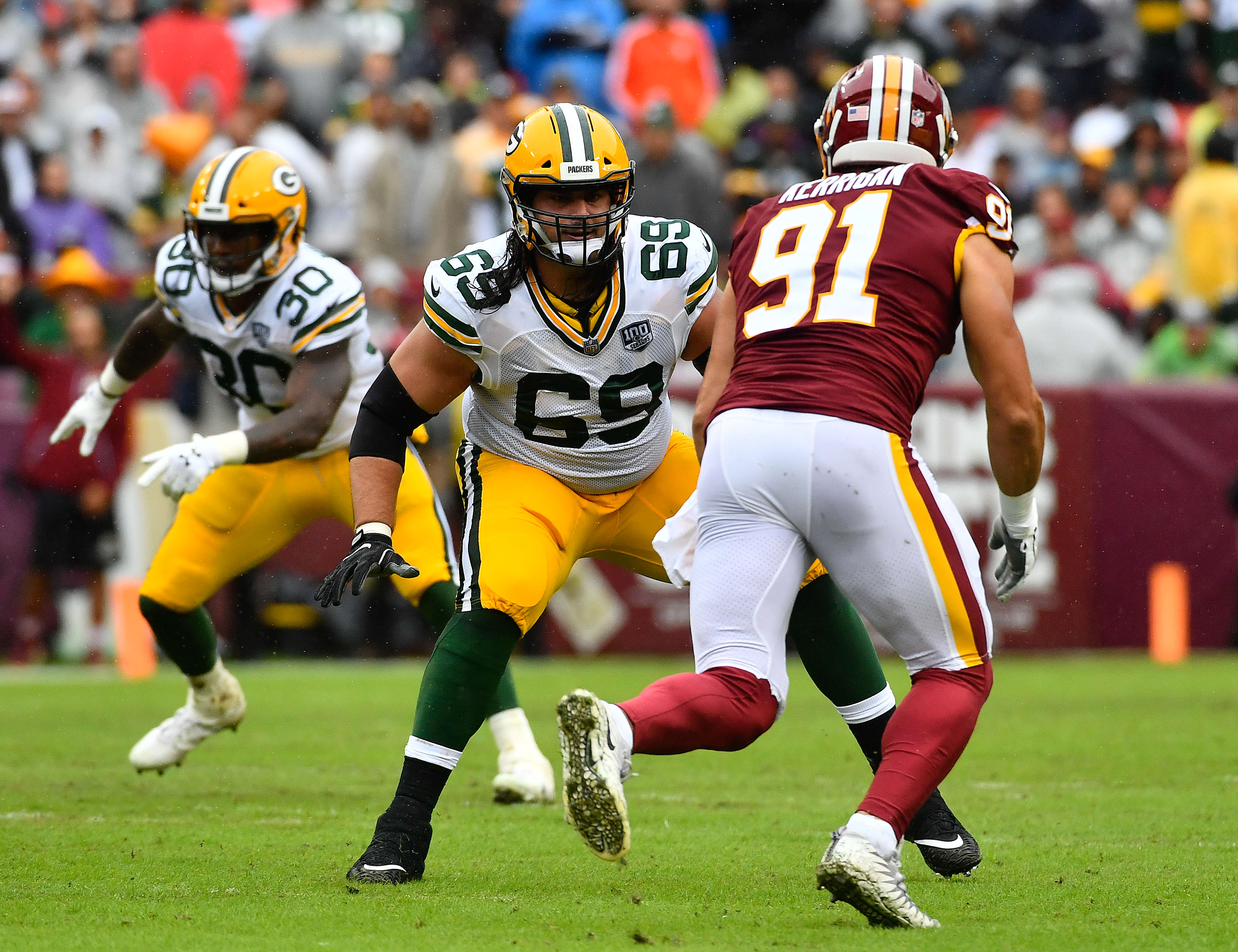 Who’s The Next Potential UFA the Packers Will Sign After Kenny Clark?

The Packers took care of business Saturday, signing Kenny Clark to a four-year, $70 million extension which will keep the Pro Bowl defensive lineman from testing the free agent waters next offseason.

Both the Packers and Clark had indicated that they were interested in negotiating an extension to keep the team’s best defensive lineman in Green Bay. The biggest obstacle to signing a deal was the uncertainty surrounding the salary cap next season and beyond due to the ongoing coronavirus pandemic.

But now that Clark’s deal is done, the Packers have several other potential 2021 free agents who they may be looking to lock up to long-term extensions. Here is a look at those potential players in order of priority:

Bakhtiari has protected Aaron Rodgers’ blindside since his rookie year in 2013 and he has long been considered one of the elite pass blockers in the game. Bakhtiari made the Pro Bowl after the 2016 and 2019 seasons and was named All Pro in 2018. In seven NFL seasons, the former Colorado star has missed a total of just six games.

Bakhtiari will turn 29 next month and is at the age where the Packers usually don’t re-sign offensive linemen to new contracts. The Pack has been consistent in this area, letting players like Bryan Bulaga, Josh Sitton and T.J. Lang go, but Bakhtiari will probably be the exception to that rule.

Unlike the other three, Bakhtiari has not had significant injury issues and his body does not seem to be breaking down. His level of play has also showed no signs of decline.

Bakhtiari also plays what is widely considered the most valuable position along the offensive line and while his pass blocking is elite, his run blocking is also extremely good. He is also a leader in the locker room as well.

Bakhtiari will be the Packers next priority after Clark and the Pack should look to get a deal done with their big left tackle next.

Odds an Extension Gets Done: 75 percent

The Packers star running back is also scheduled to hit free agency after the 2020 season and like Clark, both the Packers and the former UTEP star have expressed interest in getting a new deal done.

Jones is in a bit of a different situation than Bakhtiari. He plays a position that has been devalued around the NFL in recent years. It’s also a position where the Packers have a lot of depth with Jamaal Williams and second-round pick A.J. Dillon also presently on the roster.

Jones had a breakout season in 2019, gaining 1,084 yards rushing while also finishing second on the team with 49 catches for 474 yards. He scored 19 total touchdowns which tied him for the league lead.

But last season was the first time Jones stayed healthy for all 16 games so the Packers may take more of a wait and see approach to determine if Jones can do it again in 2020.

Jones has a great attitude, is a hard worker and a great teammate. He worked hard to improve his pass blocking and route running, two things that kept him from getting more playing time early in his career.

The Packers would love to keep him in Green Bay beyond 2020, but it’s unlikely they will break the bank for a running back, even one as talented as Jones.

The feeling is that Jones will sign another deal with the Packers if he’s willing to give the team a little bit of a home-town discount or if the Packers can find a creative way to spread out the cap hit.

Odds an Extension Gets Done: 65 percent

King enjoyed his best NFL season in 2019, playing in 15 games and leading the Packers with five interceptions. The fourth-year man out of Washington also had a career-high 66 total tackles and showed signs of becoming a very solid number two cornerback.

King does need to improve his consistency. He still has a few too many breakdowns that can become big plays for the opposition, but he took a big step forward last season and hopes to continue along that path again in 2020.

Staying healthy is a key for King. Last year was the first time he was able to play more than nine games in a single season.

If GM Brian Gutekunst feels King is continuing to improve, the team could look to lock him up to a new contract by midseason.

Odds An Extension Gets Done: 50 percent

Linsley has been a consistent starter at center for the Packers since they drafted him in the fifth round of the 2014 NFL Draft out of Ohio State. He took over as the starting center in his rookie year and has been reliably good at the position for the Packers ever since.

Linsley is tough and has great football intelligence. He calls the signals for the offensive linemen. Linsley has never made a Pro Bowl, but he is solidly in the next tier of players and is the kind of performer almost any team would welcome in their lineup.

The Packers starting center will turn 30 next July and that is usually the age when the Packers say goodbye to their offensive linemen. Green Bay has depth at center with Lucas Patrick being a capable backup. The Pack also added Jake Hanson out of Oregon in the sixth round of this year’s draft to possibly be Linsley’s heir apparent.

It’s not that the Packers wouldn’t want to keep Linsley, it’s just that they have higher priorities among their potential UFAs and he will probably be able to sign a more lucrative deal with another team next year.

Odds An Extension Gets Done: 30 percent

Jamaal Williams has been a great teammate and a very useful backup running back for the Packers for the last three seasons.

He is not a breakaway back, but he’s tough, runs well inside and on sloppy fields and is the Packers best pass-blocking receiver. He’s also a good route runner and a positive influence in the locker room.

Williams may be expendable because of the arrival of Dillon. The Packers may welcome Williams back if they are unable to reach a new deal with Jones or if injuries strike either Jones or Dillon.

The Packers like Williams, but they are unlikely to spend a lot of money to keep him around next season barring some unforeseen circumstances.

Odds An Extension Gets Done: 20 percent