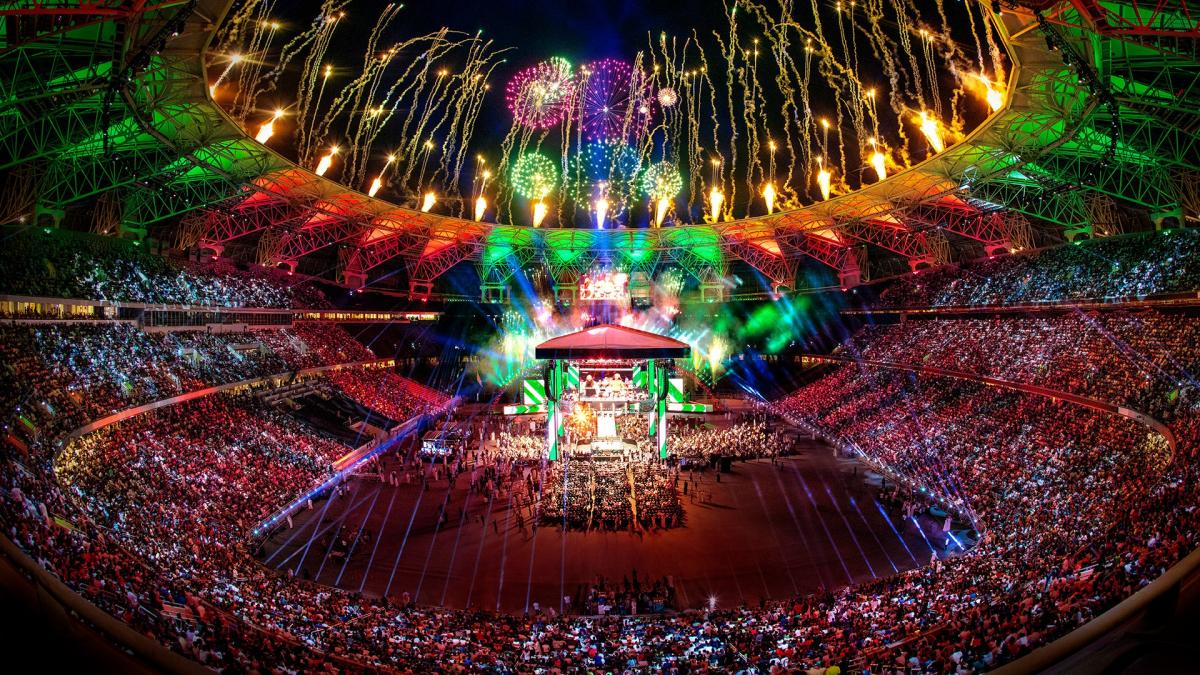 There has been rumors flying around recently with the possibility of WWE holding their TV tapings outside the Performance Center for the first time since March. Now WWE has officially made the announcement of its new residency as it will take place at the Amway Center in Orlando Florida.

The company made the official announcement on WWE.com as they also revealed a new state of the art viewing experience that will go with their new TV Productions at the Amway Center:

With the debut of WWE ThunderDome, WWE will take residency at Amway Center in Orlando and virtually bring fans into the arena via live video on massive LED boards, in conjunction with The Famous Group and its proprietary technology, for every Monday Night Raw, Friday Night SmackDown and WWE pay-per-view event. Starting tonight, fans can register for their virtual seat to be part of upcoming shows via www.WWEThunderDome.com or at WWE’s Facebook, Instagram or Twitter pages.”

“WWE has a long history of producing the greatest live spectacles in sports and entertainment, yet nothing compares to what we are creating with WWE ThunderDome. This structure will enable us to deliver an immersive atmosphere and generate more excitement amongst the millions of fans watching our programming around the world.”

TV Productions that will take place at the Amway Center will still be recorded on a closed set with company personnel only for it. WWE will still administer the health and safety protocols for all employees with their testing and social distancing guidelines.