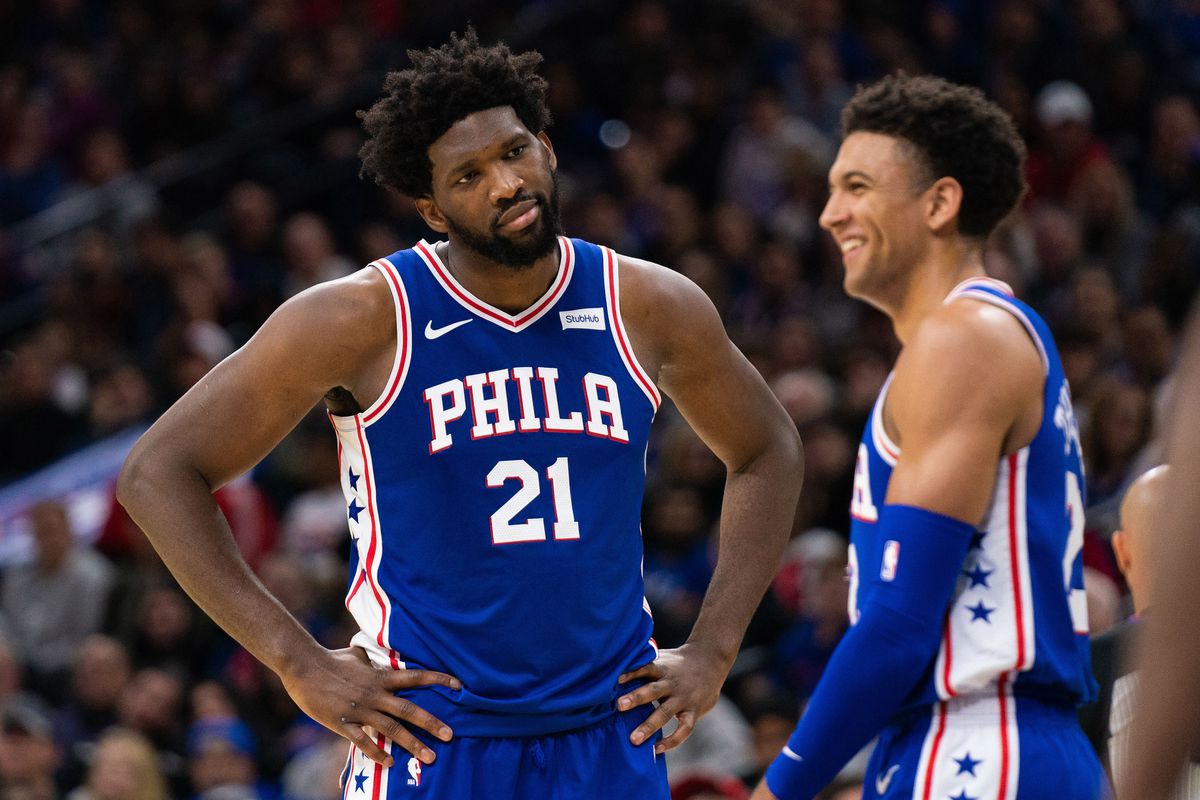 With a star-studded starting lineup coming into the 2019-2020 NBA season, the Philadelphia 76ers still had one major question to answer: who is going to close out important games? With the departure of Jimmy Butler, who many attributed the role of closer to during his one season in Philly, all eyes were on Embiid, Simmons and Harris to take on that role.

After Ben Simmons left the Orlando Bubble with a season ending knee injury, the team looked to Joel Embiid to put the team on their back. After Game 1 against the Boston Celtics, with Jayson Tatum (32) and Jaylen Brown (29) combining for 61 points, the Sixers had no answer on offense to match the duo in the fourth quarter.

Their main problem was the fact that they couldn’t get Joel Embiid the ball for long stretches of the game. The big man started off hot, going 5/5 with 11 points in the first quarter. However, a 9-minute stretch went by in the 2nd quarter where he only touched the ball twice, not ideal for your star player. In the 4th quarter it was obvious that the Celtics were going to aggressively double him every time he got the ball.

In the eyes of Head Coach Brett Brown, this was not a problem, in fact he said he had no interest in creating more space for Embiid to work by placing more shooters on the floor with him. If Embiid is the guy down the stretch who you want with the ball in 4th quarters, you need players around him who teams will respect from 3.

Brett Brown says he has 'zero' interest in spacing the floor with 4 shooters and Joel Embiid because it makes the #Sixers easier to defend.

The loss can also be attributed to turnovers, allowing too many offensive rebounds and no one being able to shake their defender above the 3-point line. They finished the game with 18 (!!) turnovers, compared to 7 for the Celtics who also grabbed an astonishing 16 offensive rebounds. The turnovers were glaring in two spots, entry passes to the post and late shot clock plays above the three-point line. Without a true playmaker able to break their defender down off the dribble, the 76ers guards look bad against the Celtics defenders, primarily Marcus Smart and Jaylen Brown. For a team who likes to run “big” lineups, allowing double digit offensive rebounds is absurd as well.

In Game 2, look for Brett Brown to make a switch in the starting lineup, inserting Matisse Thybulle to guard Tatum from the tip. He held him to 2/9 shooting in Game 1 and blocked one of his three-point attempts.

This will put  most likely put Horford back on the bench, which will allow the Sixers to rotate him and Embiid comfortably without one of them in for long stretches. Look for an emphasis on rebounding and boxing out as well. I would say that the Sixers should have close to double the Celtics rebounds in Game 2. Should be another close one, with the Sixers looking to tie the series at one game apiece.