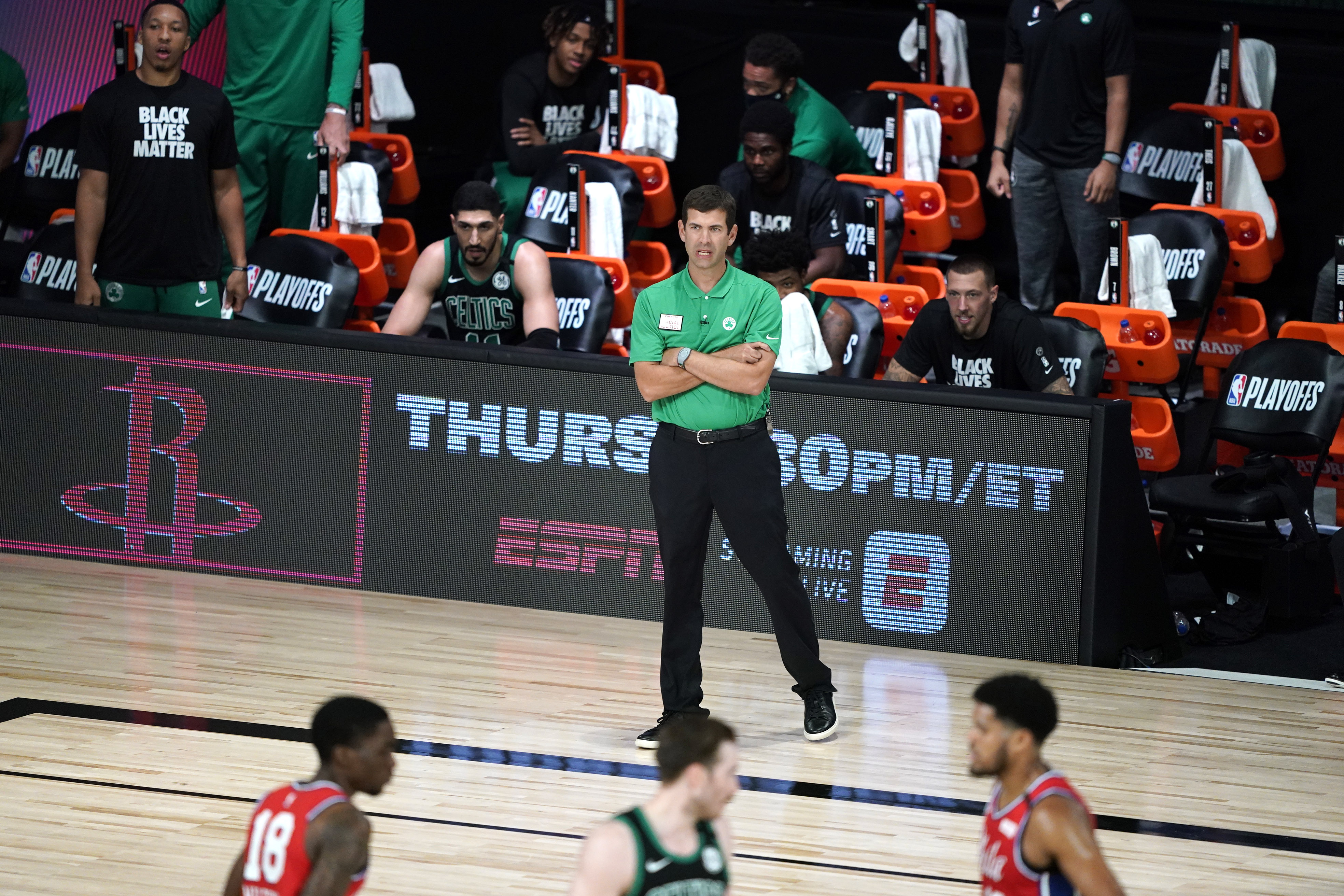 But more often than not, he talks a big game, and doesn’t completely back it up, whether it’s due to his poor conditioning, or disappearing for stretches during games.

The most surprising part of Embiid’s game, is how the seven-foot, 280-pound big man attempts to resemble a finesse player at times. He’s one of the biggest players in the NBA, yet he’s been known to flop here and there. And if you ask Celtics head coach Brad Stevens, it happens far too often.

Brad Stevens to the refs, after Joel Embiid draws another foul:
“He gets to flop all over. Everything’s a flop."

Gotta love Stevens attempting to work the refs here. We know exactly what he’s doing. He does raise a good point, however, as Embiid does struggle to remain upright far too often.