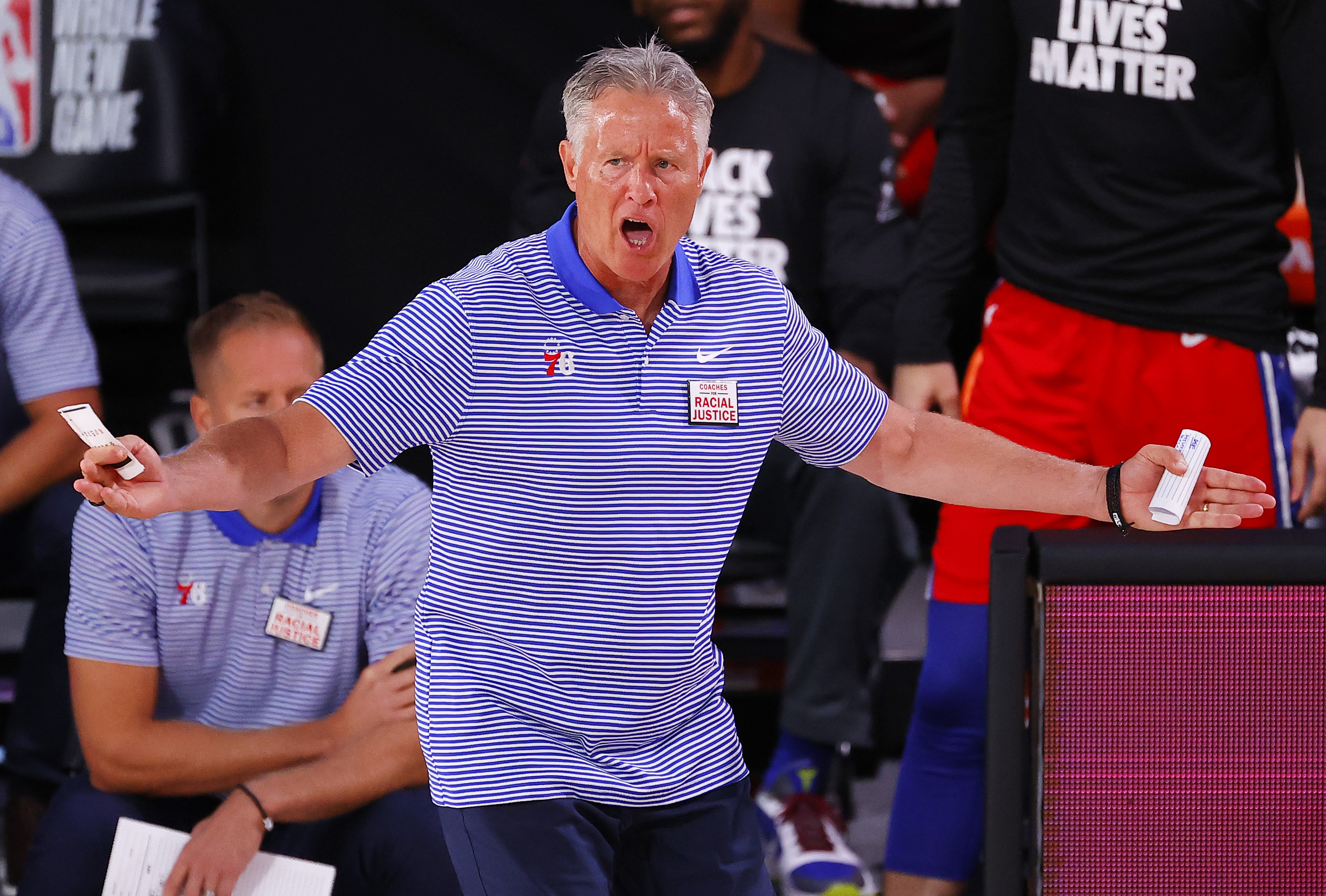 The clock is ticking on Brett Brown and the Sixers, and it’s really hard to not envision major changes taking place this offseason.

It’s known that the Sixers have plenty of talent on their roster, but the team has really struggled to consistently score points throughout the season, ever since Jimmy Butler departed last summer.

There’s been pressure on young stars Joel Embiid and Ben Simmons to step up and fill that void as a result, and while they’ve shown flashes of greatness, the two have struggled to put it all together game in, game out. It’s been more individual play than team ball, and that’s why the Celtics — who are great as a unit — have dominated them in eight quarters of playoff action thus far.

The Sixers looked completely outclassed in Wednesday’s 128-101 loss in Game 2, and yet, Brown is remaining positive about the team’s outlook going forward.

#Sixers coach Brett Brown: 'If the planet were normal, you’d be going back to Philadelphia and they did what they should have (won two at home). … I think there’s enough talent and character in the room to respond.'

#Sixers coach Brett Brown on his team's effort after the 1st quarter: 'I think it got deflating when their shot-makers went bananas. I’m not going to scold their effort.'

#Sixers Brown on Tobias Harris: 'I thought that he was in attack mode in a good way. I think that he just didn’t finish. … Tonight was just a down night.'

#Sixers Brown: 'It’s up to me to help them get through this. I do believe the locker room believes they have a hell of a lot more to give.'

#Sixers coach Brett Brown: 'One thing we've learned is the playoffs are about momentum. … My mission is to re-claim, to hold onto the spirit, so that getting a win and then another one ends up being possible.'

Brown is attempting not to hit the panic button yet, and that’s understandable, but: Celtics in four, if you ask us, with him being out of a job in the coming weeks.