Blues' Stanley Cup defense ends with a whimper; long-term assumptions should be avoided 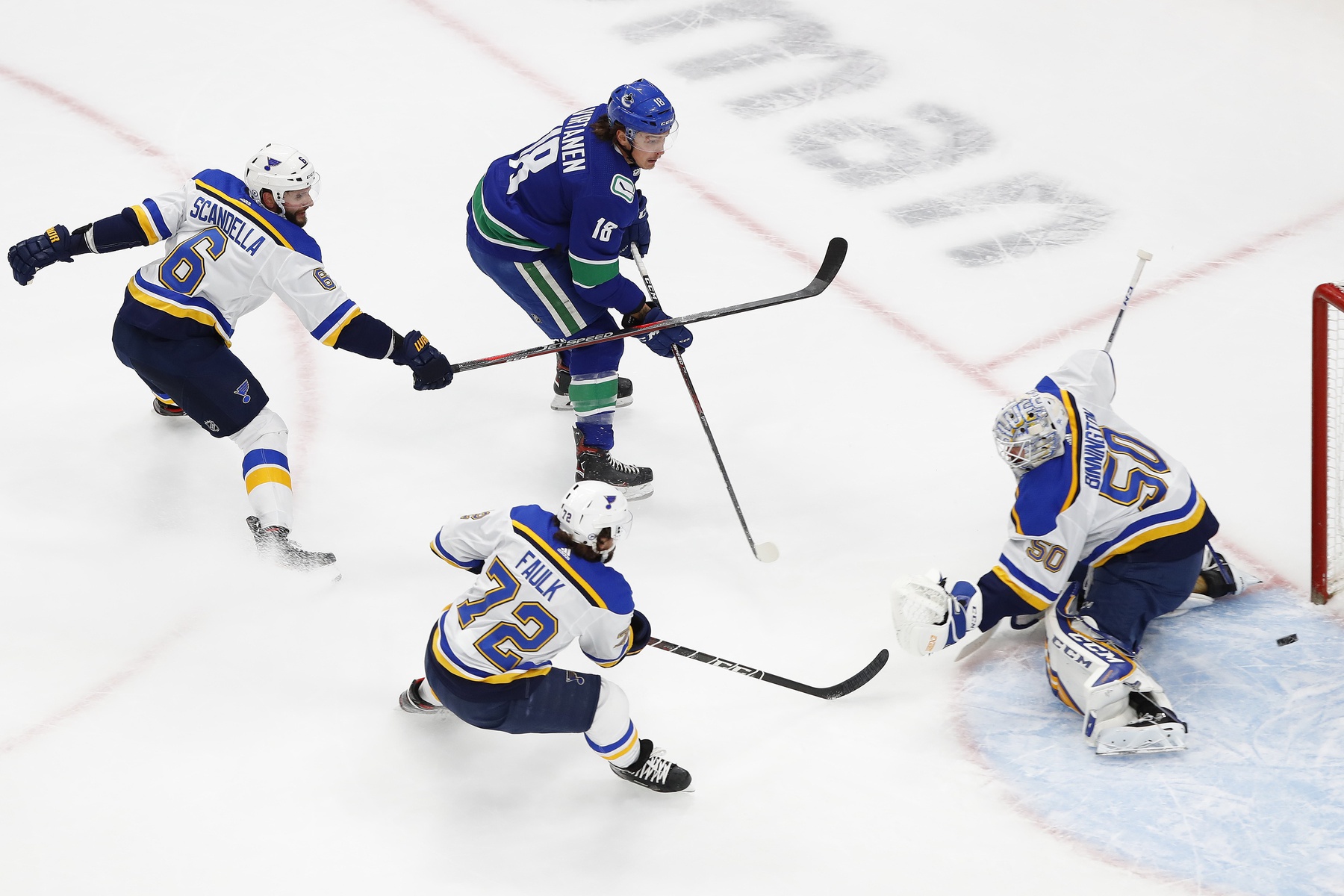 Blues' Stanley Cup defense ends with a whimper; long-term assumptions should be avoided

The St. Louis Blues won’t repeat as Stanley Cup champions. That point was made abundantly clear as the Vancouver Canucks dominated the Blues in a do-or-die Game 6 that saw the Blues fall by a 6-2 score.

Before explaining how we got here, let’s make one point crystal clear. It’s easy to make sweeping generalizations and long-term statements based on the ugly play Blues fans endured since hockey resumed. Overall, the Blues played extremely poorly. But, the optics of the situation (bubble tournament, injuries, a multi-month layoff to end the regular season) must be considered. More on this later.

So, how did the Blues wrap up their time in Edmonton so early? The answer is actually pretty simple.

Of course, give the Vancouver Canucks the credit they deserve. They were facing the same situation as the Blues (away from family, living in a bubble, asked to play playoff hockey after months at home) and they rose to the challenge. The Blues never found their stride after an exhibition and three round robin games and the rest is history. The bubble tournament format doesn’t grant time for a team to get up to speed.

Broadcasts and analysts are quick to draw comparisons to the regular season and last year’s playoffs. That’s silly. Sure, it’s all we have to go on statistically, but we should all be able to agree that the regular season was a literal eternity ago. Imagine all of the things that have changed between March and August. This was a completely unique, one-of-a-kind endeavor that has to be evaluated on its own.

It’s also worth noting that the narrative claiming the team that faced Vancouver is the same as the one that won the Cup is incorrect. A couple faces departed, Jay Bouwmeester is likely finished playing hockey, and key injuries to Vladimir Tarasenko, Alexander Steen and more led to a bunch of new faces on the ice.

Of course, five of them (Tarasenko, Steen, Gunnarsson, Bozak and Bouwmeester) are out because of injury/heart episode but also there's Edmundson and Maroon. That's a big haul missing. #stlblues https://t.co/cIwfLX7eRs

This isn’t an excuse for the Blues. They were really terrible. It is however a way of saying no one should draw huge conclusions from the NHL’s way of bringing back hockey. Assuming hockey returns to some sort of normalcy in the future (fingers crossed), decisions leading into that shouldn’t be based solely on what we just witnessed. Do we really think Jordan Binnington has lost his touch? Or that the Blues are a sub .500 team? And so on? Hot takes based on the bubble tournament should be dismissed.

The one thing Blues fans should be worried about is the very real possibility that significant roster changes are coming whether they like it or not. The Blues will have to dance around a tricky salary cap situation. Was this the last time we saw Alex Pietrangelo as a member of the Blues? Will the team have enough room under the cap for Pietrangelo without sacrificing the future? What kind of deal should Vince Dunn receive?

As far as injuries go, Tarasenko’s is particularly worrisome. Tossing him straight into playoff-style hockey after his shoulder supposedly healed may not have been the best idea in hindsight. It was asking a lot. Now, he’s back in St. Louis to be evaluated and fans have to worry that the findings won’t be positive. Some shoulder injuries can linger and some particular injuries don’t take much to re-injure. Aside from Pietrangelo, this is the most important story to follow ahead of the next season.

Now it’s time to turn the page on the Stanley Cup champion Blues. It will live on as a fantastic memory that makes playoff disappointments – like this one – sting far less. Getting bounced in the first round doesn’t carry quite the same pain as it did when Blues fans longed to see a single Cup win in their lifetime.