Your Morning Dump... Where Gordon knew immediately his ankle was messed up 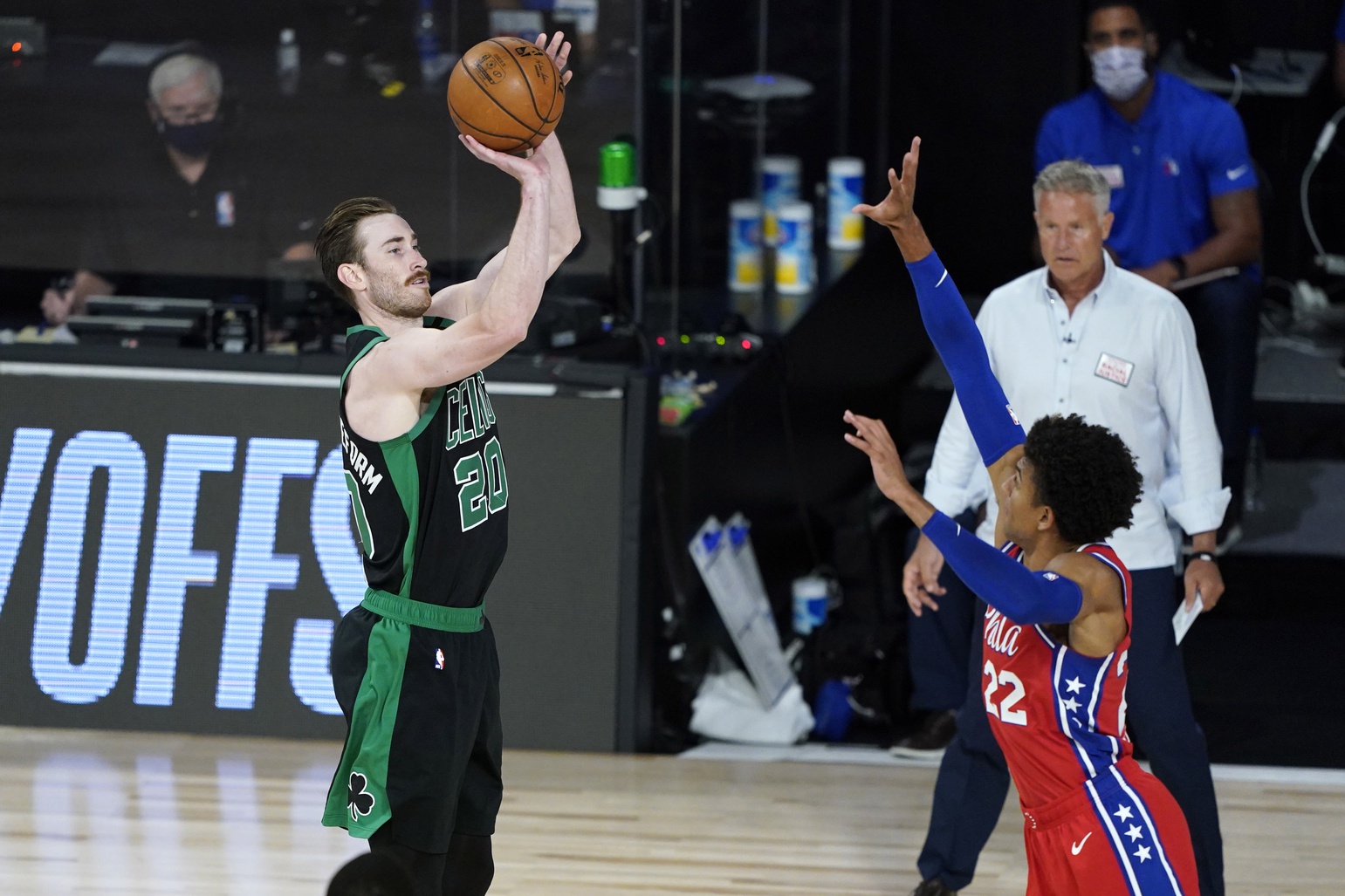 Your Morning Dump... Where Gordon knew immediately his ankle was messed up

“I heard it and felt it and knew it wasn’t just (a) casual rolled ankle,” Hayward said. “It was swollen by the time I was leaving the court, so I knew that it was definitely worse than normal.”

Hayward, wearing a boot and wielding familiar crutches, was sent off to an MRI machine on the Disney World campus, where imaging confirmed what everyone feared: He had suffered a Grade 3 sprain and would miss a significant amount of time. The Celtics listed his timeline at four weeks, but as Hayward said in his Zoom call with the media on Thursday, “no one knows really.”

“It’s definitely gutting,” Hayward said. “It sucks. There’s nothing else to say about that. So, it’s definitely frustrating. It doesn’t feel great at the moment. Just try to get better as soon as I can.”

Make no mistake about it, the Celtics are going to miss Hayward and his 17.5 ppg and 38% 3 FG. Not in this series against the hapless and heartless 76ers, but in the next series vs the gutsy Toronto Raptors.

There might be one microscopic silver-lining to this situation. Hayward was planning to leave the bubble for the upcoming birth of his son. Now, thanks to the miracle of modern medicine, he might be able to check that off his list during rehab:

“I think it’s two separate things,” Hayward said, referring to his injury and the impending family addition, “but it’s something I’m taking a look at. It’s just very unfortunate of the timing of the whole deal, so I think I’m just trying to take it day by day, and we’re looking at scheduling for the baby and all that stuff, so it’s taking it day by day.”

I’ve been lucky enough to experience both the adrenaline rush of a water-breaking-lets-rush-to-the-hospital moment and the calm stroll (for me, anyway) to a scheduled birth. While I’ll never opine on such a personal choice, I can say that experiencing the rush once, was enough for me.

On Page 2, the Celtics do a better job than most vs Joel Embiid.

Why does Embiid carry a field-goal percentage of just 44.1 in 17 regular-season and playoff games against Boston over the past three seasons2 but make shots at a 47.8 percent clip overall in that time frame? And why have the Sixers averaged only 1.049 points per possession against Boston on trips that include an Embiid post-up during that time — the fourth-worst figure they’ve recorded against the 21 opponents whom Embiid has posted at least 50 times?

The Celtics have routinely forced Embiid to catch the ball farther away from the basket than he has against other teams, according to Second Spectrum data provided to FiveThirtyEight.3 His average post catch in all regular season and postseason games against non-Boston teams has come 13.8 feet away from the rim, compared with 14.5 feet in all games against Boston. (And it’s 14.9 feet in just the playoff games against Boston.) An extra foot or so might not seem like a lot, but it can be the difference between an easy layup and having to force a hook shot over the top of a defender.

In addition to pushing Embiid off his spot, the Celtics do a better job delaying the entry pass into the post, foul Embiid at a lower rate than average, and force more passes.

I highly recommend the article for additional specifics on how the Celtics attack Embiid. The analytics essentially refute the long-running narrative that Embiid is a Celtic-killer.

And finally, the Memphis pick conveys at #14.

In addition to the 14th pick, Boston will also have its own first-round choice, 26th overall, as well as the Bucks’ first-round pick, No. 30, which was acquired last season.

The Celtics acquired the Memphis pick in a 2015 trade that sent Jeff Green to Memphis.

This pick had much promise over the last 18-months it’s natural to feel deflated seeing it convey at #14. But when you consider it came for the price of Jeff Green, it’s unconscionable to feel anything but exuberance.

Hayes’ positional size, passing creativity and off-the-dribble shooting potential give him significant upside to grow into considering he just turned 19. He also is experienced and productive for his age, having already played 72 pro games in Europe. With Kemba Walker on the wrong side of 30, the Celtics could look at adding some backcourt talent, which is considered the strength of this draft class.

No, it’s never too early for mock drafts.