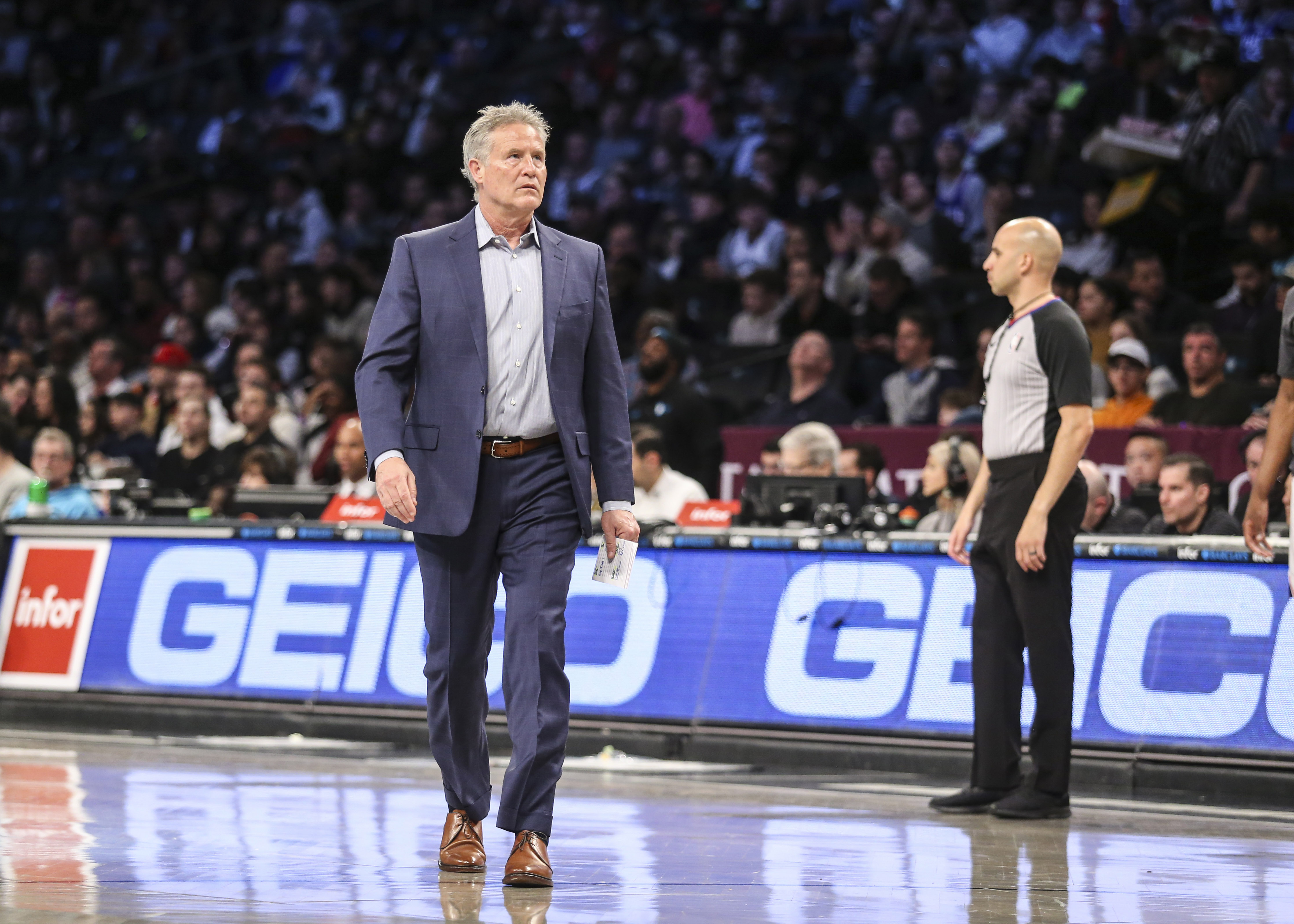 The Philadelphia 76ers announced on Monday that they fired head coach Brett Brown, who was with the organization for seven seasons.

The announcement comes on the heels of the Sixers being swept in four games by the Boston Celtics in the NBA playoffs on Sunday. This season, the 59-year-old head coach led Philadelphia to a 43-30 record, which was good for sixth in the Eastern Conference.

Brown’s overall coaching record in Philadelphia was 221-334. However, a majority of those losses happened early in his tenure, where Brown had the dubious task of rebuilding the team with help from former general manager Sam Hinkie.

“In 2013, I was employed to lead one of the most dramatic rebuilds in professional sports history. In the past seven years, our players and coaches have evolved and grown, and I have deep appreciation for the 102 players I have coached,” Brown said in a statement. “I am grateful for my coaching staffs and their dedication to our common goal, while also proud to see three of my former assistants now deservedly, NBA Head Coaches and one a major college Head Coach.”

“I would also like to thank the ownership group, led by Josh Harris and David Blitzer, former GM Sam Hinkie, the 76ers’ historic alumni, our passionate fans, and finally current GM Elton Brand, who I coached and worked for,” he added. “He is a high-character talent that the 76ers are fortunate to have. I sincerely wish him, the players, and the next coaching staff my very best in their pursuit of an NBA championship.”

After getting through those rough early seasons, where the Sixers only averaged 16 wins. Brown got the team to its first playoff appearance in six seasons in 2017/18.

During that season, the Sixers achieved 52 wins and defeated the Miami Heat in the first round of the NBA playoffs. However, their playoff journey came to an end against the Celtics in the semifinals.

Then in the 2018/19 season, the Sixers were able to reach the 50-win mark again (51), thanks to some big-time acquisitions in Jimmy Butler and Tobias Harris, to go along with Joel Embiid, Ben Simmons, and J.J. Redick.

That core group led by Brown defeated the Brooklyn Nets in five games in the first round of the playoffs. But they fell short of an Eastern Conference Finals appearance, losing to the Toronto Raptors in Game 7 of the semifinals.

Sixers general manager Elton Brand, who took over the role from Bryan Colangelo in 2018, spoke highly of Brown’s work ethic over these last seven years.

“I have a tremendous level of respect for Brett both personally, and professionally, and appreciate all he’s done for the 76ers organization and the City of Philadelphia,” Brand said.

“He did many positive things during his time here, developing young talent and helping position our team for three straight postseason appearances. Unfortunately, we fell well short of our goals this year and I believe it is best to go in a new direction. This will be an important offseason for us as we look to get back on track towards our goal of competing for an NBA championship.”

With Brown relieved of his head coaching duties, Brand and the Sixers’ ownership group will need to find the right head coach to take this roster to the next level.

According to Shams Charania of The Athletic, Ty Lue, Ime Udoka, Dave Joerger, and Jay Wright are all potential options for the Sixers’ head coaching vacancy.

Furthermore, Chris Mannix of Sports Illustrated reported that there is mutual between Lue and the Sixers. He added that multiple teams will be in pursuit of the Los Angeles Clippers assistant coach, but believes that Philadelphia could have the inside track.