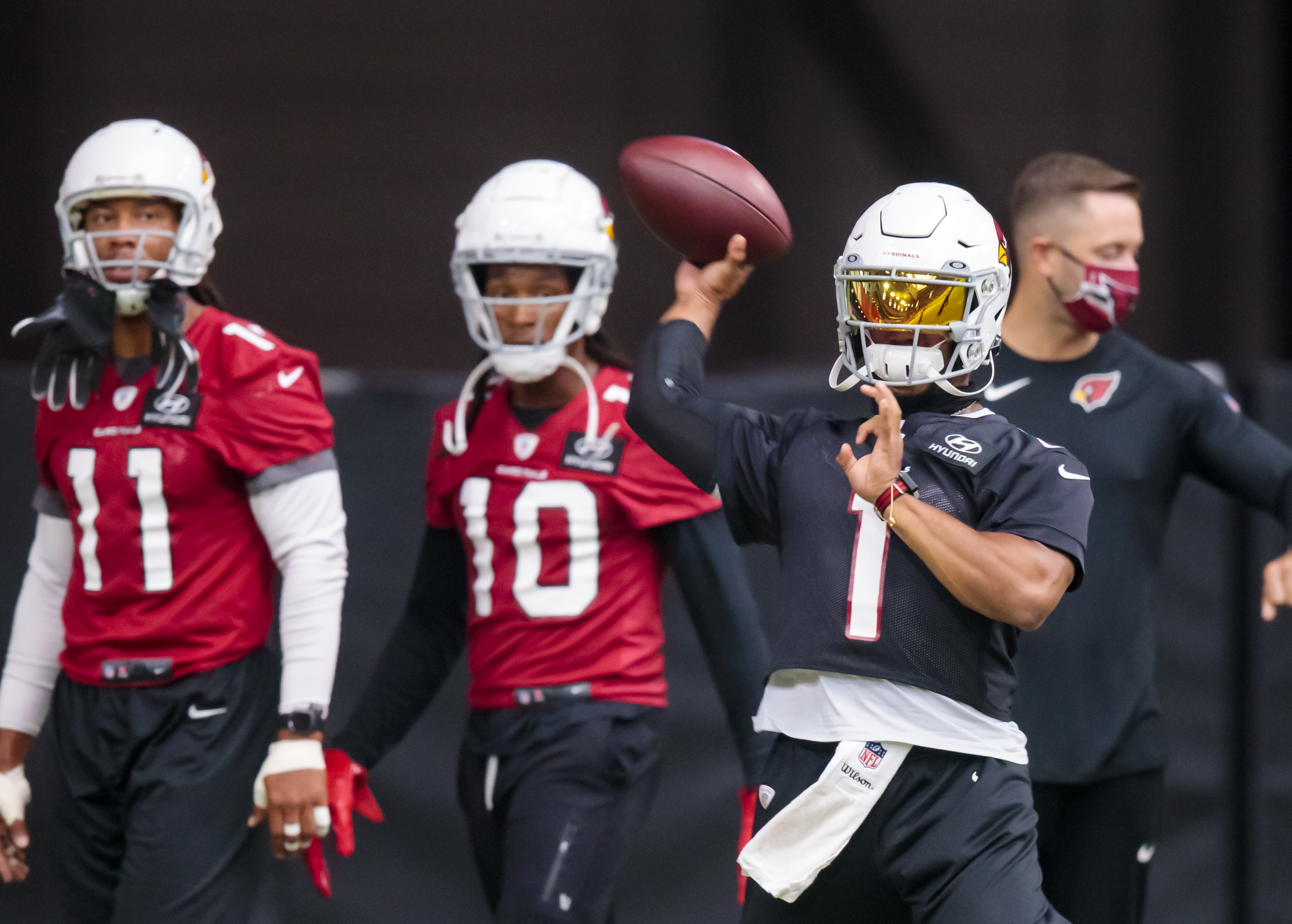 In the offseason, the Arizona Cardinals got second-year quarterback Kyler Murray some additional help at wide receiver, acquiring All-Pro DeAndre Hopkins in a trade from the Houston Texans.

Hopkins is now a part of a wide receiver unit that features future Hall of Famer Larry Fitzgerald and 23-year-old Christian Kirk. With Hopkins and Kirk playing on the perimeter and Fitzgerald lining up in the slot, the Cardinals’ passing offense could be one of the best in the NFL this season.

In fact, Murray, who is the reigning Rookie of The Year Award winner, believes that all three wideouts can reach the 1,000 receiving yard mark.

Last season with Houston, Hopkins had 104 receptions (150 targets) for 1,165 yards and seven touchdowns. Overall, he has achieved the 1,000-yard mark five times in his career.

When it comes to Kirk, he improved from his rookie season in 2018, producing 68 receptions (108 targets) for 709 yards and three touchdowns last season.

Lastly, the 37-year-old Fitzgerald recorded 75 receptions (109 targets) for 804 yards and three touchdowns. In his illustrious 17-year career, the 11-time Pro Bowler has racked up at least 1,000 yards nine times.

Along with Murray, Cardinals coach Kliff Kingsbury was asked about this potential feat. The second-year coach did not downplay the idea.

“Those are three guys that I think on any team can be a No. 1-type player, even Fitz going in Year 17,” Kingsbury said. “He is so effective at getting open, so savvy in his route running, such an intelligent player that he’s going to get his catches and get his yards each and every week.”

“We feel like Christian is really an ascending player. He was having a really big year and got banged up a little bit last year. And then Hop, his numbers and production speaks for itself. … If we got into a deal where we’re throwing it a bunch, yeah, I mean, anything could happen.”

If Arizona truly can pull this off, do not be surprised to see them in the postseason.