We're Back!!! (And We Have Questions) 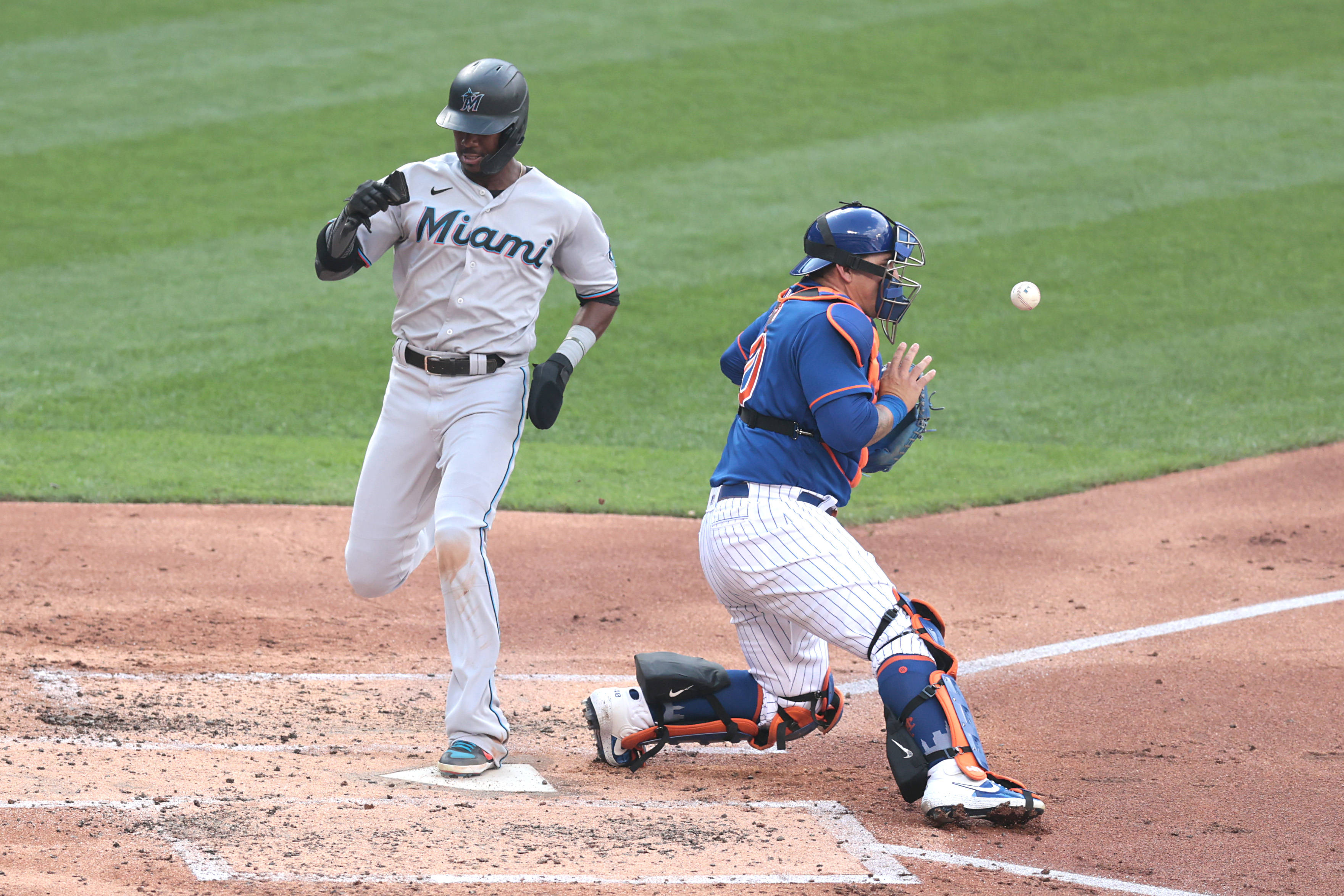 We're Back!!! (And We Have Questions)

Glory be to baseball, as the Mets finally returned from a five day hiatus due to a couple of positive COVID tests. They resumed play against the Marlins, which means that when it’s all said and done, the Mets will have played the Marlins seven straight times, which seems like an answer to the age old question: “I wonder what hell is like.”

Okay, so maybe not hell, but it seems like it’s a weird dream where things are familiar, but a bit off … like having Juan Lagares back with the team but wearing number 87. Except it’s not a dream, it’s pure reality in 2020 where everything seems a bit off. (Juan actually never went to the Padres, He just camped out at the left field gate for the last 11 months waiting to sneak back in, and an 87 jersey was all that was lying around.) Somebody named Patrick Mazeika is also wearing 76, but he seems like a “Create Your Own Player” in MLB The Show, and I’m not sure he really exists. I mean if the fans aren’t real, how can we be sure that the players are real?

These two players are here because Andres Gimenez and Tomas Nido are on the IL due to “undisclosed reasons”. I know that we have to make HIPAA happy. But it’s just incredibly awkward to announce that a player got COVID, others have been held back due to tracing, not be able to announce who they are (correctly so), but then say “hey, these two players are on the IL and we can’t tell you why.” What an eldritch siren you are, 2020.

So now we have the first game back, first of a doubleheader and the first of a few seven inning games that the Mets will play (two tonight against Miami, and two each on Friday and Saturday against the Yankees.) Now with the first game after a few days off, you’d figure that the Mets would reset the rotation and start off with Jacob deGrom. Makes sense, right? But when have you known the Mets to make sense?

Jacob deGrom will pitch tomorrow, which means he misses all six Yankees games (unless he starts on short rest).

If the Mets keep Jacob deGrom on an every-fifth-game schedule from here on out, pitching him tomorrow instead of today will cost him a start (six more instead of seven).

But things happen, and the Mets do still have three team off days to manipulate that order if they desire.

It was explained with some nonsense about not getting him a bullpen session until Monday, so that pooch was screwed. deGrom possibly going 7 against the Marlins means that your bullpen isn’t nearly as taxed going into Wednesday. But with Porcello in Game 1 and Lugo making his first start since the Astros were stealing his signs means that the bullpen could be taxed going into tomorrow. deGrom can certainly save them, but to not make sure that deGrom gets as many starts as possible seems like, what’s the word … lunacy? (Which in Flushing means “Tuesday”.)

But here’s the explanation:

Lots of questions on why the Mets chose not to start Jacob deGrom today, which would have maximized his opportunities. Here is manager Luis Rojas' full explanation: pic.twitter.com/Zzydq1cvZw

And, you save him for the Orioles series!

Okay, so you’re caught up on five days worth of off-field happenings and mind bending explanations. So let’s get to the action on the field, eh?

Porcello’s first inning was fine, Jonathan Villar helped him out by swinging at not one, but two ball fours to strike out. The second inning was an alternative meaning of fine, as meatballs combined with outfielders throwing to wrong bases helped give the Marlins a 3-0 lead. Porcello then gave up another run in the 3rd to give the team that officially resides in the British Virgin Islands a 4-0 lead.

Then we had to wait through this:

Told ya the tarp's haunted. pic.twitter.com/jS92fvhHkW

Now the decision not to start deGrom doesn’t look so bad, does it? An hour rain delay would have ruined deGrom’s first start back. Although I would believe that the Mets probably lucked into it rather than believing that the Mets actually made a prudent decision after looking at weather radar. Because if they did that, it would be the first time. And this goes all the way back to the Mets not calling a game until 9:15 PM when there was a freaking tornado circling around Shea Stadium back in 2008. I can confirm because I was there and I have the ceramic Shea Stadium to prove it. Gotta sell those hot dogs, right Jeffy?

But when you look back at this 4-0 loss, it wouldn’t have mattered who pitched. Jacob deGrom, Sandy Koufax, Steve Nebraska, Jesus Christ … the Mets had runners in scoring position in 5 of the first 6 innings of the game but they can’t bring a fox to a chicken coop. (J.D. Davis getting picked off second base in the first inning didn’t help.) I mean, imagine being able to hang a loss on Jesus. (The Mets have never had a pitcher named Jesus play for them. But I’m reasonably sure he would have lost tonight.) The 7th inning (playing the role of the 9th inning tonight), was the coup de grace (coo day graaahhhh) as Robinson Cano lined out to the shortstop playing up the middle to end the game. The Mets, somehow, left 11 men on base in a seven inning game (a seven inning game that was still somehow close to three hours, by the way). The time off made them look flat, but it was a game that they absolutely deserved to lose.

By the way, this team leads the league in hitting. They’re twelve and fifteen.

Seth Lugo against Taylor Rogers in Game 2, as Rogers is making his major league debut. I present that without comment, because if you’ve been a Mets fan for 200 years like me, you know what’s coming, so stay tuned. Or not, your choice.